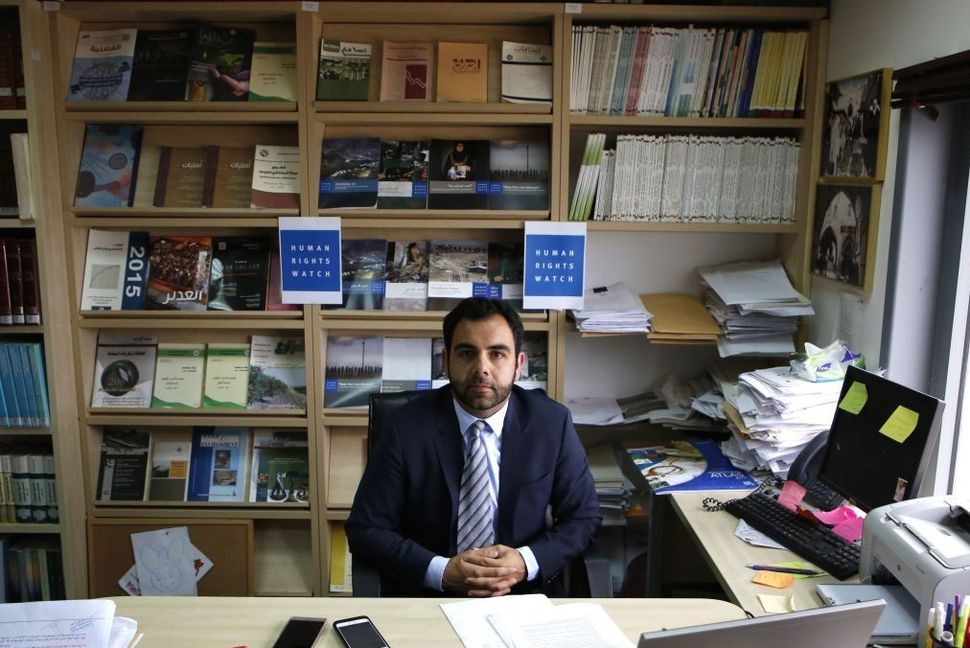 Tuesday’s Israeli Supreme Court verdict upholding the deportation of Human Rights Watch researcher Omar Shakir will reverberate well beyond Israel/Palestine. It will further the chilling of peaceful political activity of Palestinians and their allies across the world, including in the United States. But it will also contribute to the growing mobilization of American Jews against the Israeli occupation of Gaza and the West Bank, and the blurring of the distinction between Israel and its West Bank settlements.

For the past decade, the Israeli government has actively promoted the dubious idea that activists engaging in peaceful calls for boycott — of Israel or Israeli settlements or both — threaten state security. In 2011, Israel passed a law authorizing civil suits against those who call for boycotting Israel or Israeli settlements, and in 2017 Israel passed a law denying entry to those who call for a boycott of Israel or “territories under its control,” including the occupied West Bank. Pursuant to that law, in 2018 the Israeli Ministry of Interior ordered Shakir deported.

On Tuesday, the Israeli Supreme Court rejected Human Rights Watch’s challenge of that order, finding that the Israeli government is authorized to deport or refuse entry to foreign human rights activists who, like many Israeli citizens and American Jews, boycott products originating in Israeli settlements or call for businesses to pull out of settlements. Shakir was found “guilty” of calling on companies like Airbnb to end their complicity in serious human rights abuses in Israeli settlements.

Israel operates a two-tiered system in the West Bank that provides preferential treatment to Jewish Israeli settlers while imposing harsh conditions on Palestinians. On the one hand, Israel provides settlers, and in many cases settlement businesses, with land, water infrastructure, resources, and financial incentives to encourage the growth of settlements.

On the other hand, Israel confiscates Palestinian land, forcibly displaces Palestinians, restricts their freedom of movement, precludes them from building in all but 1% of the area of the West Bank under Israeli administrative control, and strictly limits their access to water and electricity. Transferring Israeli civilians into the occupied territory is a war crime, one which is the subject of a preliminary examination by the International Criminal Court.

The boycott law has a chilling effect on Palestinians who are not included in the Israeli-controlled population registry or those wishing to come to Palestine to work, volunteer or support human rights efforts there. I have met Americans of Palestinian descent who censor their Twitter feeds and eschew demonstrations, for fear that they will not be allowed to visit their grandmother in Bethlehem or their uncle in Nazareth.

In its verdict, Israel’s Supreme Court offered the troubling “reassurance” that someone seeking entry to Israel or the West Bank who had engaged in boycott activity in the past could obtain entry if they renounce their support for boycotts of Israeli settlements — a form of re-education that we have seen in other parts of the world, as well. U.S. Congresswoman Rashida Tlaib refused that option, and was denied permission to visit her grandmother.

Perhaps more troubling is the court’s determination that the anti-boycott law applies to human rights activists who oppose business activity in Israeli settlements because of the abuses to which such activity inherently contributes. The court rejected what it called an “attempt to disguise the call to boycott using the rhetoric of human rights,” saying that those who support boycotting Israeli settlements as part of their opposition to the Israeli occupation express “negation of the legitimacy of the State.” As if Israel is the settlements, and the settlements are Israel.

So-called supporters of Israel have hailed the verdict as a victory. But as the Israeli occupation becomes more prolonged and brutal, and as Israeli officials increasingly replicate its anti-democratic measures within domestic law and practice, many who care about Israel are distancing themselves from its practices.

A group of ex-Israeli diplomats argued before the Israeli Supreme Court against the silencing of peaceful human rights activism. Israel’s foreign ministry opposed the decision to deport Shakir, citing the harm to Israel’s reputation. Surprisingly, a former spokesman for the Israeli military criticized the decision, too.

Seeing a lot of people celebrating the courts decision. I’m not. I expect the ruling to be fulfilled so I do hope that @hrw find someone to take over @OmarSShakir and fill the position with someone that can make #humanrights dialogue & space for Israelis & Palestinians. https://t.co/bTdCUdyaLd

When the Reform movement, representing a third of American Jews, disassociates itself from the iconic Jewish National Fund because of the latter’s settlement activity, one cannot help but wonder when the reflexive support of American Jews for Israeli policies will reach a breaking point.

Today’s verdict is indeed a blow to Palestinian activism against the occupation. But it may — and should — mobilize Jewish opposition to the abuses to which Israeli settlements inherently contribute.

Sari Bashi is an Israeli human rights lawyer and analyst. She has written reports on human rights violations by businesses in Israeli settlements for Human Rights Watch.