Bernie Sanders’ Oped Settles It: You Can Be Both Progressive And Zionist 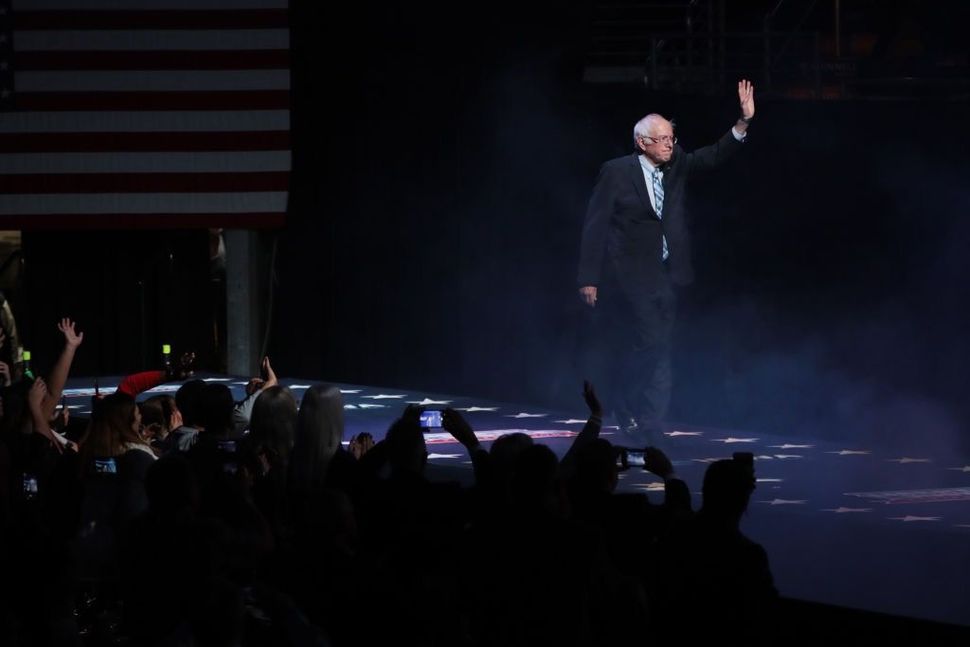 On Monday, the left-wing Jewish Currents news organization posted an op-ed by Senator Bernie Sanders on fighting anti-Semitism in America today. It speaks mainly to his progressive supporters in the Jewish community and articulates his progressive Zionist position on the Israeli occupation. It is a call for American Jews to recognize that the threat of anti-Semitism in America comes mainly from the political right, as well as a subtle plea to his fellow American Jewish leftists not to embrace the false pieties of anti-Zionism.

Under the headline “How to Fight Anti-Semitism,” which is also the title of Bari Weiss’s recent book on the same subject, Senator Sanders lays out his vision for fighting the evident increase in anti-Semitism in the United States. In brief, he sees anti-Semitism as not only a threat to Jews but “to democratic governance itself.”

“The anti-Semites who marched in Charlottesville don’t just hate Jews. They hate the idea of multiracial democracy,” Sanders writes.

Sanders deserves credit for not inventing a right-left balance where there is none. There is, of course, anti-Semitism on the left — as Sanders acknowledges — but an especially vicious and violent anti-Semitism from the right has found a place of unparalleled power in the United States.

Overlooking this naked imbalance out of a misplaced desire for non-partisanship is potentially deadly. The underlying conspiracy theory that motivated the Tree of Life synagogue shooter, Sanders reminds us, was first propagated by President Donald Trump and his lickspittles on the Fox News Channel.

On anti-Semitism, Sanders’s message to progressive Jews comes across as defiant: do not back down in the face of attempts to turn anti-Semitism in America into a plague on both houses. Congresswoman Ilhan Omar may not be especially careful with her Tweets, he seems to be saying, but she is no Trump. Sanders may not have written the headline, but the contrast with Weiss’s book, which leftists pilloried for what they saw as a false balance, is informative in this context.

This reintroduction of perspective is twinned with a compelling argument about solidarity with other minorities. It cannot be otherwise, Sanders writes, as anti-Semites “accuse Jews of coordinating a massive attack on white people worldwide, using people of color and other marginalized groups to do their dirty work.”

In the process of conveying his view of anti-Semitism to his left-wing audience, Sanders directly addresses the elephant in the room — Israel — and does so at length. Some may criticize this focus as inappropriate, but only if they confuse Sanders’s essay for an attempt at a general condemnation of anti-Semitism.

Rather, Sanders is staking out a position in a raging intra-left debate on the subject. His piece resembles more the political treatises that once appeared in the hallowed pages of Partisan Review and Dissent during their heyday than anything a contemporary American politician would typically say.

Sanders accuses Trump and his supporters of “using false allegations of anti-Semitism” against Democrats, so he is not merely engaging in a debate on how to best fight anti-Semitism, but in a broader discussion on the left about what is and is not anti-Semitism. And Israel, whether one likes it or not, is at the very center of this controversy.

The position Sanders stakes out here is indubitably moderate. Early on in the essay, he professes his admiration for the progressive values of the kibbutz movement and calls on progressives to recognize Israel as an “enormous achievement,” all but declaring himself sympathetic to the basic aims of Zionism. Later on, after stating the obvious that criticizing Israel is not inherently anti-Semitic, he says “some criticism of Israel can cross the line into anti-Semitism, especially when it denies the right of self-determination to Jews, or when it plays into conspiracy theories about outsized Jewish power.”

Sanders’s evident progressive Zionism will be overlooked by his most vociferous critics such as the Republican Jewish Coalition, which has already begun maligning him on the airwaves and on social media. But it shouldn’t be ignored by his supporters, for whom his message was intended, especially those attracted to anti-Zionism and the Boycott, Divestment and Sanctions Movement. Even those on the left who disagree with Sanders’s Zionism should now recognize that one can be sincere in their commitment to ending Israel’s rule over Palestinians while not rejecting the legitimacy of a truly democratic and Jewish state.

As Senator Sanders put it, “My pride and admiration for Israel lives alongside my support for Palestinian freedom and independence. I reject the notion that there is any contradiction there.”

Bernie Sanders’ Oped Settles It: You Can Be Both Progressive And Zionist