Bernie Sanders Goes Into Most Detail Yet About Judaism, Israel, Anti-Semitism 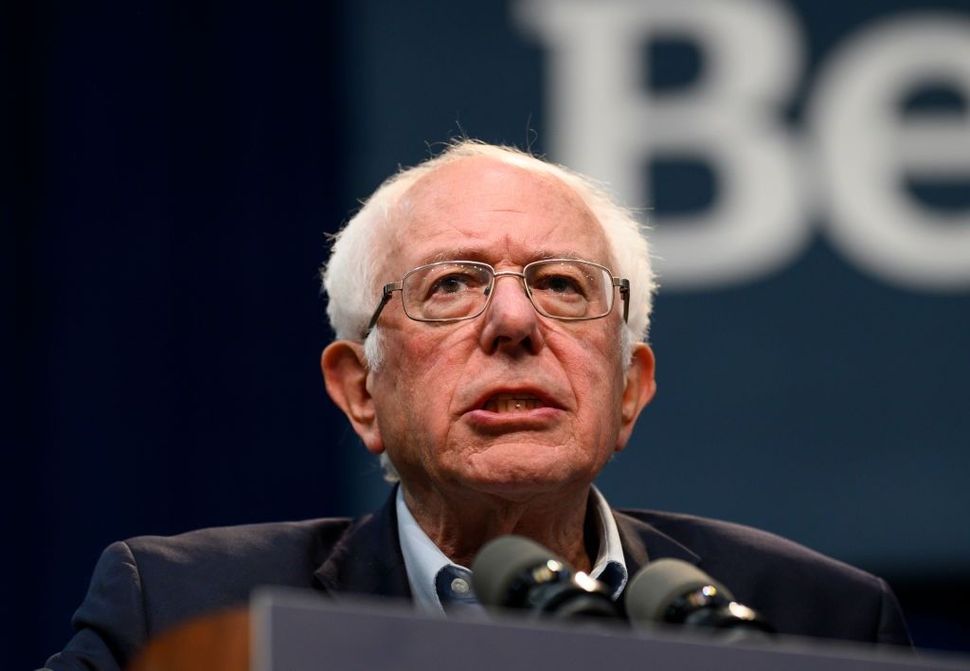 Democratic presidential candidate Sen. Bernie Sanders went into more detail than ever before about his ties to Judaism and Israel in an op-ed for Jewish Currents published Monday. Here are the key takeaways:

He warned of the danger of white supremacy:

Sanders described how his father’s relatives were killed in the Holocaust, and detailed the rise in anti-Semitism in the United States. He described hatred of Jews as “a threat to democratic governance itself” because white nationalists also hate the ideas of equality and multiracial democracy. Sanders pledged to combat white nationalism and “do exactly the opposite of what Trump is doing.”

He detailed how he thinks about anti-Semitism on the left:

Sanders stressed that criticizing Israeli government policies is not anti-Semitic, but added that some critiques do stray into anti-Semitism, such as conspiracy theories about Jewish power or denying the Jews’ right to self-determination. “I think it is very important for everyone, but particularly for progressives, to acknowledge the enormous achievement of establishing a democratic homeland for the Jewish people after centuries of displacement and persecution,” he explained.

But he also said that he was concerned that the Trump administration was using accusations of anti-Semitism “as a cynical political weapon against progressives.”

He called for two states and “reconciliation” between Israelis and Palestinians:

Sanders stressed the importance of Israel ending its occupation of Palestinian-claimed lands, and called on the two sides to recognize the legitimacy of each other’s historical grievances: “The forces fomenting anti-Semitism are the forces arrayed against oppressed people around the world, including Palestinians; the struggle against anti-Semitism is also the struggle for Palestinian freedom.”

Why is this coming out now?

Polls and donation data have repeatedly shown that Sanders, the leading Jewish contender in the race and the most successful Jewish presidential candidate in American history, is less popular among American Jews than he is among the general population.

Sanders has been criticized by some Jews for not talking enough about his Jewish heritage and background. Sanders has done much more of that in this cycle.

Bernie Sanders Goes Into Most Detail Yet About Judaism, Israel, Anti-Semitism