Black People Are Very Forgiving. We Will Not Forgive Bloomberg. 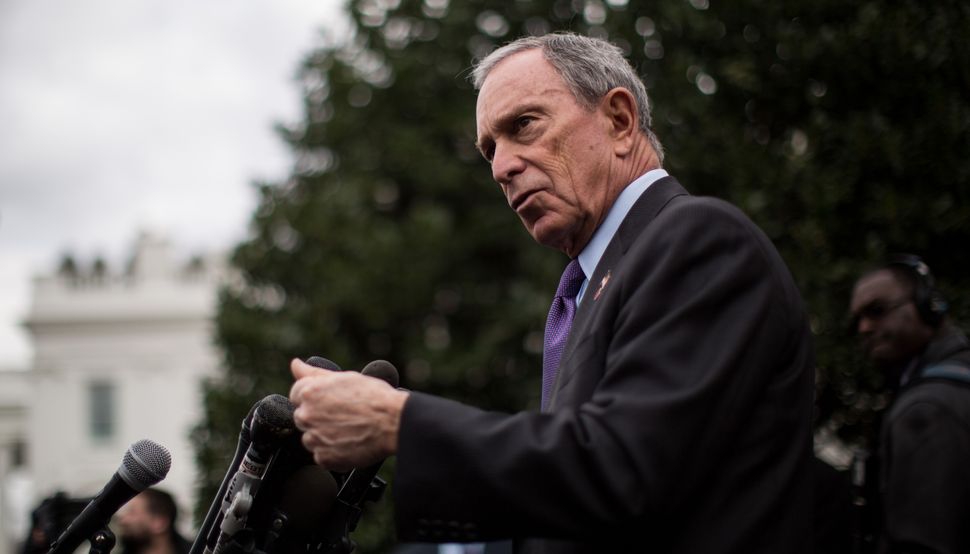 Black people maybe the most forgiving group in America. It’s why some relatives of the victims of the Emanuel A.M.E. Church shooting in Charleston, during which nine black people were gunned down by a young white supremacist, felt compelled to forgive Dylann Roof almost immediately.

It’s why the younger brother of a black man, Botham Jean, shot and killed by Dallas police officer Amber Guyger in his own apartment forgave Guyger and a black judge embraced Guyger shortly after handing down a relatively short 10-year prison sentence. It is also why even after the Civil War, black people longed, not for revenge against those who had enslaved them, but just to be allowed to take full advantage of their newly-earned freedom.

Botham Jean’s brother to Amber Guyger: “I forgive you.”

In a stunning moment, Brandt Jean asked the judge to allow him to hug the former Dallas police officer after she was sentenced to 10 years in prison for killing his sibling. https://t.co/Pw4gBchCC1 pic.twitter.com/OPNbZrlmxi

That doesn’t mean Michael Bloomberg will get a pass for the “stop-and-frisk” policy.

He won’t. He can’t. The damage he caused was too severe, his arrogance ran too deep. His sudden revelation that the discriminatory tactics against young black and brown men he deployed as mayor of New York and repeatedly defended until he decided to run for president seems too calculated to take seriously.

Did he really not know before his apology in a black church Sunday that he had unnecessarily harmed vulnerable communities and created mistrust of police? Did he not hear the cries and anguish of those communities over all those years, or the experts telling him the harm being done? Or did he simply not care?

Bloomberg is a billionaire who sang the praises of stop-and-frisk even in the face of black and brown pain. There’s already one of those in the White House; we don’t need another. Racial disparities in the stops were spun as evidence that blacks were just more criminal than whites, he’s long suggested.

“I think we disproportionately stop whites too much and minorities too little,” Bloomberg bragged on his radio show in 2013, according to Khalil Gibran Muhammad’s book, “The Condemnation of Blackness.”

Just in case anyone has forgotten how aggressive and offensive Bloomberg was in defense of Stop and Frisk, here’s a quote from him just before it was ruled unconstitutional, from the 2nd edition of The Condemnation of Blackness. pic.twitter.com/zvlCQq9Wy6

That’s why there’s little reason to pay much attention to his candidacy.

Despite his stature as a moderate, black voters in all-important South Carolina, my native state, who are known for their pragmatism, were not clamoring for Bloomberg as an option.

But if this was 2016, I suspect they would be paying attention former Massachusetts governor Deval Patrick, another late entrant in the race for the Democratic presidential nomination. When I met Patrick in 2008, he was stumping for then-candidate Barack Obama in a black church near Myrtle Beach, South Carolina. I instantly envisioned him becoming the nation’s second black president. He was that engaging. He seemed to have the perfect combination of confidence and humility, which was in stark contrast to the high-profile New York pastor who was stumping for Hillary Clinton and all but told us that black people owed Clinton our support because of what her husband had supposedly done for us.

I don’t doubt that Patrick can still deliver a speech like few others, including Obama. His executive experience from two terms as governor of liberal Massachusetts is a plus. I know of his civil rights work and hardscrabble background. He overcame an early life that included relying upon food stamps, like I did.

Given what we’ve experienced since Donald Trump won the presidency, that kind of story returning to the White House would be refreshing, and cleansing. Too bad there’s more to Patrick’s story, including his work with and on behalf of a corporation that preyed on black borrowers, and his decision to take a salary from Mitt Romney’s Bain Capital, a massive red flag in a Democratic primary.

But more than that, Patrick’s entry into the race feels like a guttural scream from the billionaire class, who seem terrified that Elizabeth Warren might make them pay two cents more in taxes above every $50 million they make.

Even though he’s not one himself, billionaires like Deval Patrick. They would sleep better at night if he was in office. At this stage of the race, after a handful of primary debates, Patrick can likely make headway only if his uber-wealthy, high-powered friends back him. And it seems as though they see what many of the rest of us see: a weak frontrunner in Joe Biden and real traction by Warren and Democratic socialist Bernie Sanders, whose supposedly off-putting ideas include bringing better, more affordable health care coverage to more Americans while asking the richest among us to pay just a little more.

Patrick, in their way of thinking, can save democracy from what they believe is a radical push for more equality. He understands them, they understand him. What they don’t seem to realize is that this is unlikely to be an election cycle friendly to billionaires — or the friends of billionaires.

Black People Are Very Forgiving. We Will Not Forgive Bloomberg.