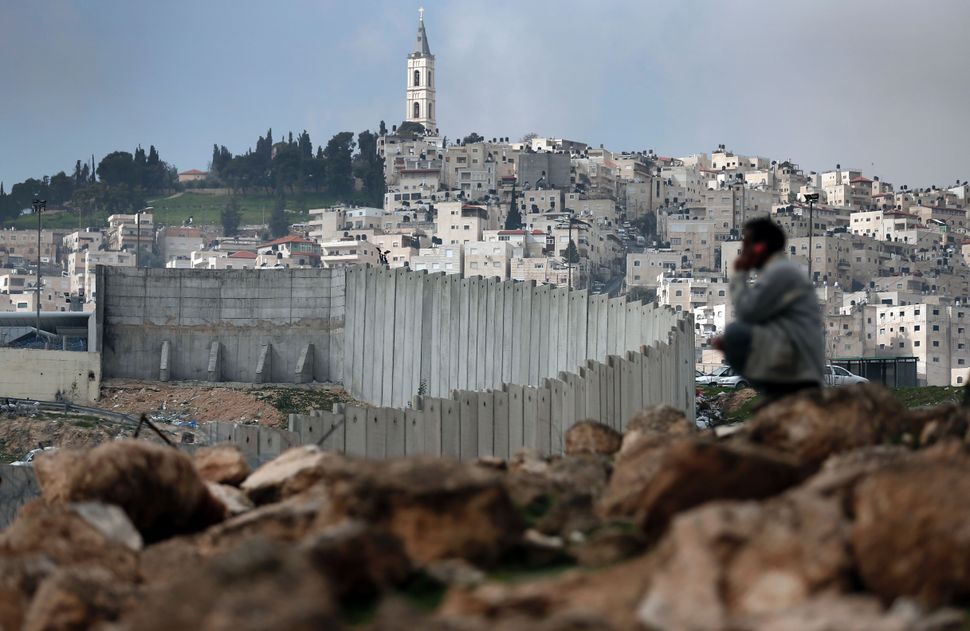 It was a special treat, I remember: We would jump in the back seat of a car and hop over to Efrat on Saturday night. I was 17, and living for a year in Gush Etzion, the area just south east of Jerusalem that has been the scene of repeated violence. I remember the quiet at night, and the old hills and new looking houses, the sense of provisional eternity. We thought that there might be girls there, and maybe one would talk to us. I fell in love in the West Bank, and played basketball there, and read John Ashbery at a bus stop waiting to go even deeper into its interior.

Much of my adult life has been spent thinking about the West Bank, somehow both heartland and periphery. Who does it belong to, and does that matter? Is the conventional wisdom right, or hopelessly wrong? Would the handling of the cradle of Jewish history lead to the grave of the Jewish experiment in sovereignty? I kept getting drawn back- even as friends would exclusively visit Tel Aviv and smoke and dance and smell sandy, I would take the bus or hitchhike out to this complicated place that held the whole world’s attention yet was bland, even boring- everything that happened there, seemed to happen in the newspapers. I wrote a dissertation chapter about the West Bank in the American imagination because it was so firmly lodged in my own.

This week’s announcement, that the Trump Administration would no longer consider Israeli settlements per se illegal, reversing a legal regime in place since 1978, should have affected me like a bombshell. This is my beat, and the whole conversation just changed. Scrolling through Twitter, I found so much certainty; this was either long overdue or a travesty, the beginning of the redemption or the end of democratic Israel. I get it; Israel is a perpetual flashpoint, and the West Bank is the heart of the controversy. And the law is an easy way out. But it is the wrong one. We need a different conversation. The moral certainty combined with the impoverished legal language used to express it left me baffled. How can we be so quick to beg the world to condemn us, or so sure that we know how the new experiment in Jewish sovereignty plays out? But really- how are you so sure? How do you know the exact lesson to learn from Jewish history, which has left us unready for the decisions we must make? How are you so thirsty for a declaration of illegality, or so sure that we’ll be here forever?

As a lawyer, I am perplexed by this obsession with the lens of legality. It is misplaced, especially in a world where law and policy are hopelessly intertwined. The law is a means, not an end; a tool, not a truth. Jewish history has passed through endless regimes; our identity has itself shaded from illegal to legal, our movement allowed or disallowed. The law let us be French citizens and stripped us of our Germanness and banned us from the shores of Palestine when we desperately needed to get in. So we broke it, even as it broke us. We made a State so that we would always have a jurisdiction that would be home.

It is not that we need to intone about “complexity” and slough off the hard questions because they’re hard. On the contrary. We need to recast our debate to make them even harder, to heighten the stakes by dispensing with the child’s play of legal declarations and invocations of UN Resolutions not worth the paper they’re written on. Talk full throatily about what you see as the shape of Jewish destiny. Recognize that our people is older than the most ancient constitution, and harness that antiquity to free your mind from speaking in terms that have been imposed on us by others. Our language has been colonized by terms legal, political, and cultural that have been harvested from the slop of contemporary shouting culture, selectively applied. Just one example; those who would never dare label an immigrant as “illegal” sling the term at whole families and communities because of where they live.

The law cannot save us or condemn us, and the fate of Israel will be just as jumbled and surprising as its people. It is tempting to think legally, because the law is black and white, and judges the guilty and the innocent. But the truth is never that simple, and we strive and struggle in a world of grey.

Ari Hoffman is a writer and lawyer.