The Two-State Solution Is Not A Gift To Us Palestinians. It’s The Only Way Israel Survives. 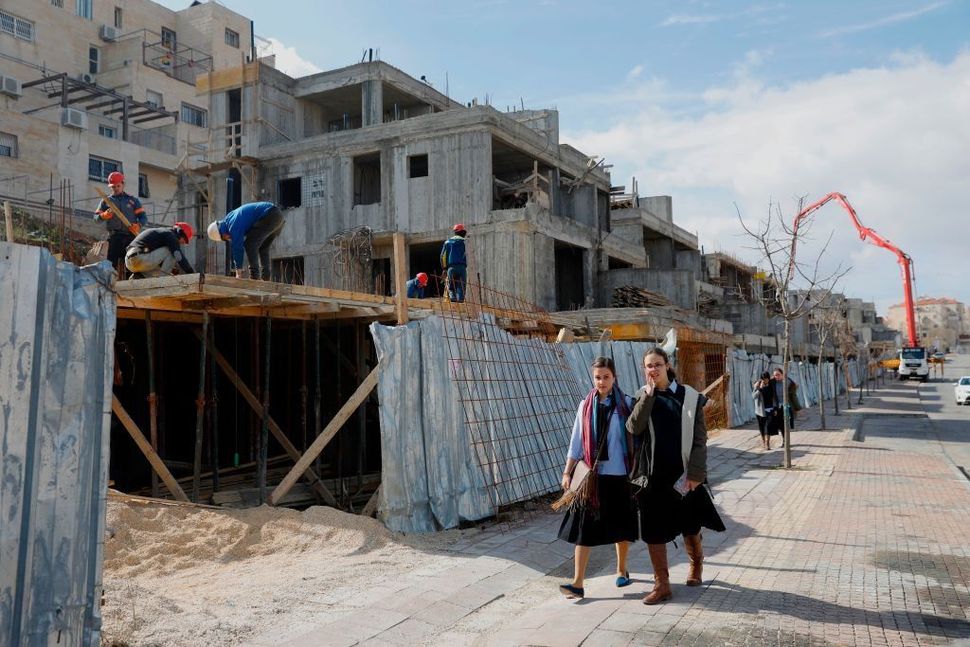 The Two-State Solution Is Not A Gift To Us Palestinians. It’s The Only Way Israel Survives. Image by Getty Images

On Monday, Secretary of State Mike Pompeo unveiled a massive shift in U.S. foreign policy: The U.S. would no longer consider Israeli settlements in Palestinian territory illegal under international law. The devastating announcement, made at a press conference in Washington, threatens to undermine future hopes for peace or a two-state solution to the conflict.

But that’s not the worst part about it. Pompeo and others in the Trump administration want you to believe that U.S. support for the two-state solution, which entails opposition to Israeli settlements, has all along been an altruistic act of charity to the Palestinians, which they have decided to change for tactical or ideological reasons. Nothing could be further from the truth.

From the very beginning of the peace process, it’s been crystal clear that working toward a two-state solution and upholding Palestinian rights over our territory is undoubtedly in Israel’s national interest to secure its future if it’s to be a democratic and Jewish state and live in peace and security. This is why no American president has dared to write off the official policy of condemning the settlements.

At the same time, Palestinian engagement in the peace process was never the ceiling of our national aspirations but rather a historic compromise — to accept a mere 22% of the land that we and Israelis call home. That 22% constitutes the bare minimum needed to secure a functioning state whose establishment would lead to sustainable, genuine peace, rather than perpetuating a fragile calm built upon brutal subjugation and dispossession.

In that sense, solving the conflict isn’t simply a pursuit of relief from moral guilt or burden, but a serious answer to saving Palestinian and Israeli lives from a ticking bomb of chaos, despair, hatred and violence that grows more dangerous with every day the conflict remains unsolved.

That is why Pompeo’s announcement is actually the opposite of what’s needed to secure the future of Israelis and Palestinians. Knowing too well that each settlement built or expanded endangers the contiguity of the West Bank and fosters seething hate and blinding anger, it renders a solution to the conflict ever more distant.

This is terrible for Palestinian hope. But it’s awful for Israel too. Monday’s announcement will render the Palestinian Authority’s efforts to bring about change through diplomacy entirely futile. People will reject indulging in a process that Trump unilaterally proposes. This means the PA, which is massively underfunded, vilified and assaulted by Trump, will now be living on borrowed time, at risk of collapsing at any minute. The desperation ensuing from Pompeo’s announcement will only revive support for violence and militarism.

It all leads one to wonder: Why undertake such reckless step in the first place? On whose behalf is this reckless move?

It’s not like if Benjamin Netanyahu wishes to pursue his campaign promise to annex parts of the West Bank, he’d wait for American approval. After all, Israel has never waited for US approval to aggressively boost settlement activities. For decades, it’s been relentlessly doing so despite vocal disapproval and condemnation from administration after administration. Indeed, Pompeo’s announcement changes nothing on the ground. Even though it flagrantly violates international law, he can’t simply obliterate the Geneva Convention policy on the illegality of settlement activities. Furthermore, he will not sway the rest of the world to suddenly accept settlements as a fait accompli; the European Union has already rejected the US announcement and reiterated solid condemnation of Israel’s settlements. So why do this?

With one bizarre assault on the peace process after another, it’s been obvious for years that Trump and Netanyahu have turned the Israeli-Palestinian conflict into a showroom for their reelection campaigns. Pompeo’s announcement today only shows how far the Trump Administration is willing to go — not to aid the Israeli people as he might have you believe, but rather to grab voters’ attention, even if that means destroying all prospects for peace.

This political stunt also shows Trump’s deep contempt not only for Palestinian hopes and dreams but for Israeli lives as well, both of which have become cannon fodder to his purely self-interested efforts to woo extremist voters at home by aggressively taking an insane position even further to the right of Netanyahu’s far right club. Thus, when Netanyahu requested that Trump allow a small part of U.S. aid to be transferred to Palestinian security forces to maintain the security collaboration between the two, Trump’s response was, “If it is that important to Netanyahu, he should pay the Palestinians $12 million.”

Trump wasn’t convinced and told his aides: “If it is that important to Netanyahu he should pay the Palestinians $12 million.” https://t.co/WQaOB8fjT1

This senseless refusal to fund a security apparatus that essentially polices the occupation and protects countless Israeli lives shows how tormenting Palestinians and rewarding Israeli extremists was never about the Israeli-Palestinian conflict, but has always been entirely about Trump himself seeking to improve his standing among right-wing constituents.

Similarly, Trump couldn’t care less about the implications of today’s thuggish announcement for the people on the ground. All that’s in it for him is adding yet another gesture to his portfolio to brag about in front of hateful and racist crowds.

Now proven entirely wrong that the peace process could result any positive improvement, the Palestinian Authority’s leaders will eventually have to choose between two options: joining calls for a massive uprising against the occupation, or stepping aside and hiding their faces from the public now that Trump rendered the peace process a sham.

If today’s strong slap in the face isn’t enough to wake up peace advocates, what will?

The Two-State Solution Is Not A Gift To Us Palestinians. It’s The Only Way Israel Survives.