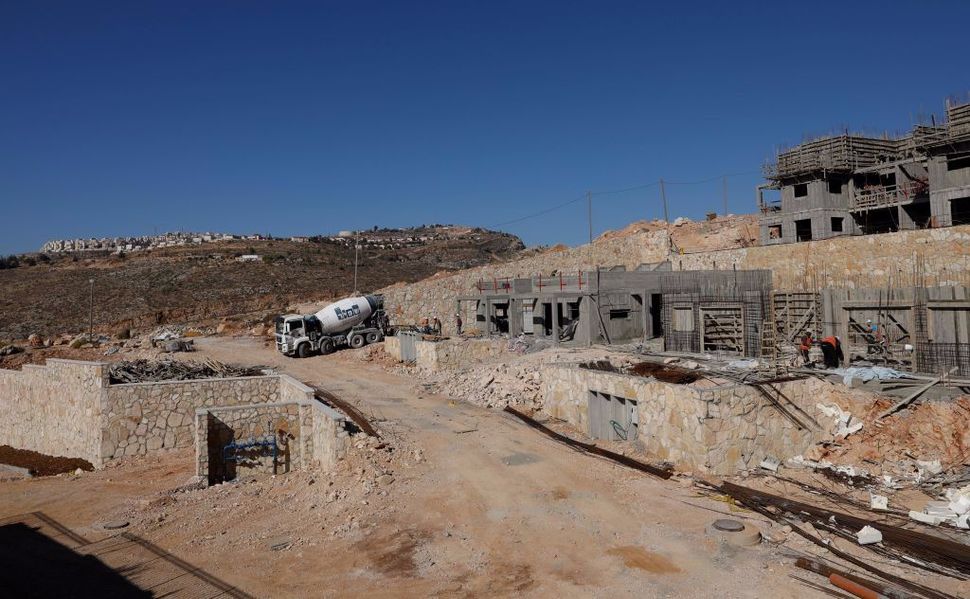 Of course Israeli settlements are illegal, but they are also hideously immoral. Image by Getty Images

Yesterday the Trump administration said Israeli settlements in the West Bank don’t violate international law. That’s absurd. Among international lawyers, the consensus that settlements are illegal rivals the consensus among international scientists that humans contribute to climate change. As UCLA’s Dov Waxman has pointed out, the legal advisor to Israel’s own foreign ministry admitted that “civilian settlement in the administered territories contravenes explicit provisions of the Fourth Geneva Convention” after Israel conquered the West Bank in 1967.

Because the Israeli government controls the West Bank, and because it is accountable to the Jews — but not the Palestinians — who live there, it has spent the last half-century seizing land on which Palestinians live and giving it to Jews. Employing an 1858 Ottoman law, it has declared much of the West Bank “state land” and then transferred that supposedly ownerless territory to Jewish settlements. According to data from Israel’s own civil administration, almost 40% of the land on which settlements reside was once owned by individual Palestinians.

Big deal, some settlement defenders argue: Lots of people live on stolen land. If a community built on land seized by force is morally illegitimate, then the New Yorkers who live on territory once owned by Native Americans have no more right to be there than the Jewish settlers in Beit El.

But there’s a difference: New York is now open to people of any religion or race. Native Amerians, as citizens of the United States, can live there. Palestinians can’t live in Beit El. Jewish settlements are Jewish-only settlements. The West Bank isn’t like New York in 2019. It’s like Mississippi in 1959. It is a territory segregated by law, separate and hideously unequal.

That’s what Benjamin Netanyahu obscures when he tweets that the Trump administration’s new settlements policy “reflects an historical truth – that the Jewish people are not foreign colonialists in Judea and Samaria.”

This policy reflects an historical truth – that the Jewish people are not foreign colonialists in Judea and Samaria. In fact, we are called Jews because we are the people of Judea.

The injustices are not incidental to the settlement project. Without them, settlements as currently constituted could not exist. So when Netanyahu defends settlements, he’s not defending Jews’ right to live in the West Bank. He’s defending our right to live there as masters.

Spend even a few hours on the ground with Palestinians in the West Bank and all this becomes obvious. But it rarely comes through in the American media, which often describes settlements in the bloodless language of geopolitics and international law.

In its report on the Trump administration’s decision, the New York Times emphasized that previous American governments considered settlements “inconsistent with international law.” The Washington noted that they’re often deemed “a major obstacle to settling the Israeli-Palestinian conflict.”

“If giving some people liberty while denying it to others because of their race, ethnicity or religion was wrong in the segregated South, why isn’t it wrong in the West Bank?” No American television network should interview Benjamin Netanyahu, Ron Dermer, David Friedman or Mike Pompeo without asking some version of that question.

Every American politician who defends settlements should be required to explain why he isn’t a modern-day George Wallace. The word that’s missing from most mainstream American discussion of settlements is “bigotry.” People who care about freedom must make it impossible to avoid.

Peter Beinart is a Forward columnist and professor of journalism and political science at the City University of New York. He is also a contributor to The Atlantic and a CNN commentator. Follow him on Twitter @PeterBeinart.