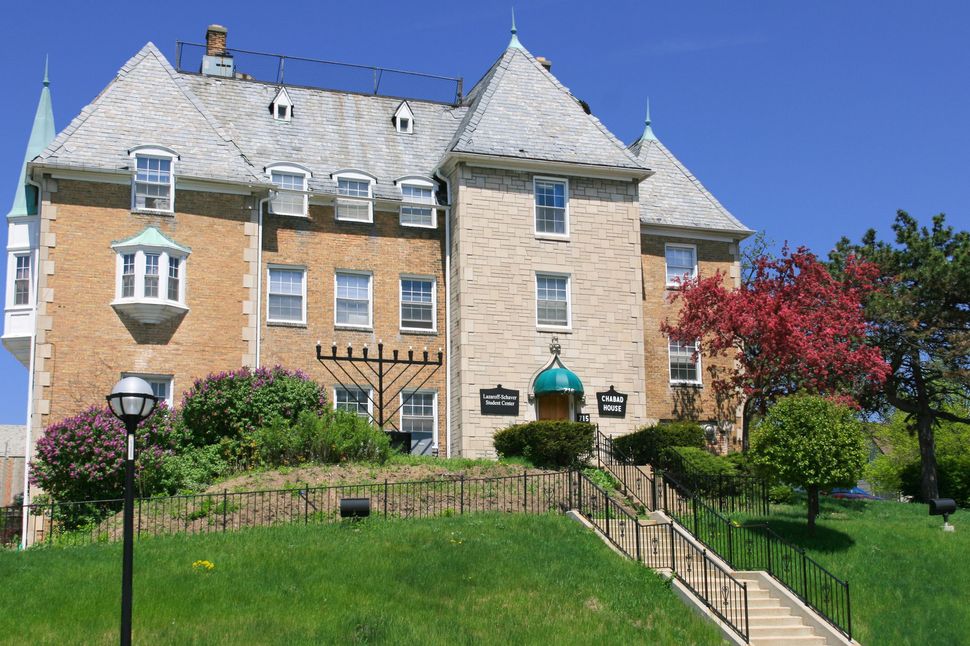 Over the past week, two stories broke about anti-Semitism on university campuses that seemed to reinforce the prevailing narrative about such things — that there is an explosion of anti-Semitic action at North American institutions of higher learning. But these stories have a lot less in common than it seems, and their misrepresentation goes a long way towards dispelling what is an inaccurate narrative.

The first took place at McGill University in Montreal. Student executive Jordyn Wright wrote in a Facebook post about an experience she had, where she was reprimanded for accepting a trip to Israel and the Palestinian territories this winter funded by Hillel Montreal. Leaders of the Students’ Society of McGill called for Wright to resign if she does not quit the trip, or risk impeachment and removal.

Although three student leaders agreed to go on the winter trip, Wright was the only one threatened with formal censure. Not coincidentally, she is also the only Jewish student of the three.

Also last week, Professor Ron Hassner of the University of California-Berkeley released a survey of 230 UC-Berkeley students which found most students know shockingly little about Israel or Palestine; in fact, 75% could not even locate the Palestinian territories on a map.

The confluence of these two stories reinforced a prevailing narrative: Anti-Semitic students at American universities, ignorant of the actual history of Israel and Palestine, are responding by indiscriminately targeting all Jewish students. It’s a simple story. The only problem is, it isn’t true.

To be clear, what happened to Jordyn Wright at McGill was anti-Semitism. Wright was targeted unfairly by her fellow student leaders, and her travel to Israel and the Palestinian territories should have no bearing on her status as an elected leader.

But it’s too easy to tie the genuine anti-Semitism Wright faced at McGill to a larger story that students hate Israel without bothering to learn anything about it, meaning their hatred must be motivated by anti-Semitism and not by any genuine grievances about Israel’s treatment of the Palestinian people. Here’s why that piece of the puzzle doesn’t hold water:

The Jewish News Syndicate claimed that the UC-Berkeley study provides proof of “how little Israel’s detractors on campus actually know about the Israeli-Arab conflict.” Israeli newspaper Israel Hayom sneered at students who claim to “support Palestine” but “can’t find it on a map.”

Study: you’d be surprised how little Israel’s detractors on campus actually know about the Israeli-Arab conflict.https://t.co/TFenZP1mm9

But the UC-Berkeley study did not actually find any of that. Let’s start with the claim that the survey revealed that “Israel’s detractors on campus” know so little about Israel and Palestine, which is easily dispelled because the survey did not specifically poll “Israel’s detractors.” It polled 230 UC-Berkeley students, chosen at random. Indeed, as Professor Hassner himself admits, only 43% of the students polled “expressed an intense interest in the Israeli occupation of Palestinian territories.”

Rather than proving that there is a huge amount of Jew or even Israel hatred at Berkeley, what Hassner showed was that a majority of UC-Berkeley students are simply not that involved in this particular issue, and probably do not identify strongly as either “detractors” nor defenders of Israel. Indeed, the conclusion is almost tautological. If you define every student who does not care deeply about Israel or Palestine as an “Israel detractor,” then of course American universities will seem like hotbeds of anti-Semitism.

Moreover, the survey did not find that critics of Israel were especially likely to be ignorant of the history of Israel-Palestine, compared to supporters. It actually found that “a more moderate stance on the conflict seemed to reflect greater knowledge of the issues,” that political moderates seem to display slightly more accurate knowledge about Israel-Palestine than students — on the right or left.

When we tune out the sensationalist headlines about an epidemic of anti-Semitism on American campuses, these results are in line with what surveys of Jewish American students are actually finding.

The Brandeis survey did find that most Jewish students hear “hostile remarks toward Israel” on campus, but, contrary to the efforts of some well-funded pro-Israel groups to define all anti-Israel sentiment as anti-Semitism, American Jewish students are fully capable of distinguishing between the two.

Among Jewish students who hear criticism of Israel, fully 80% report that they do not perceive the majority of this criticism as anti-Semitic and do not feel that they as Jews are held personally accountable for Israel’s actions.

Moreover, among those students who do report feeling “discomfort” on campus about Israel and Palestine, the majority attribute this discomfort equally to supporters of Israel, and to well-funded pro-Zionist Jewish groups, as they do to pro-Palestine activists and Israel critics. Indeed, many Jewish students report not wanting to be involved in campus Jewish life at all, because they feel forced into taking political positions in support of Israel just because of their Jewishness.

One student at Stanford said she stopped attending Hillel because she resented the way the organization promoted the impression that “all Jewish students were pro-Israel and all people who were pro-Israel were Jewish.” Another said she stopped going because, “even if I want to go to a Shabbat dinner and stuff, I feel like it still has that political climate, which I’m not a fan of.”

It’s a two-step process, as another Jewish student pointed out: groups like Hillel define themselves as speaking on behalf of all Jewish students, saying things like “the Jewish opinion was this.” Then, after defining Jewish identity on campus in terms of support for Israel and Zionism, they complain that criticism of Israel ends up targeting Jewish students — an association between Jewishness and the state of Israel that Israel’s defenders on campus are themselves promoting, according to many Jewish students. And now, with the UC-Berkeley study, even students who are not active on Israel-Palestine at all are characterized as “Israel’s detractors on campus.”

All this is happening while American Jews report that the actual threat from rising anti-Semitism in the US comes overwhelmingly from right-wing white supremacists and neo-Nazis.

The Anti-Defamation League found that every extremist murder in the US in 2018 was linked to right-wing extremism. And a recent AJC poll of American Jews found that 78% perceive far-right anti-Semitism as either a “very serious” or a “moderately serious threat,” compared to only 36% who think this about the left.

So yes, we should call out left-wing anti-Semitism on campus when it occurs. But at a time when far-right white supremacists are literally shooting up American synagogues, it’s worth thinking about where the real threats to American Jewish safety lie.

Joel Swanson is a Ph.D. student at the University of Chicago, studying modern Jewish intellectual history and the philosophy of religions. He thinks American academia is a pretty good place to be Jewish. Find him on Twitter at @jh_swanson.