Why The Left Has Failed With Black Voters 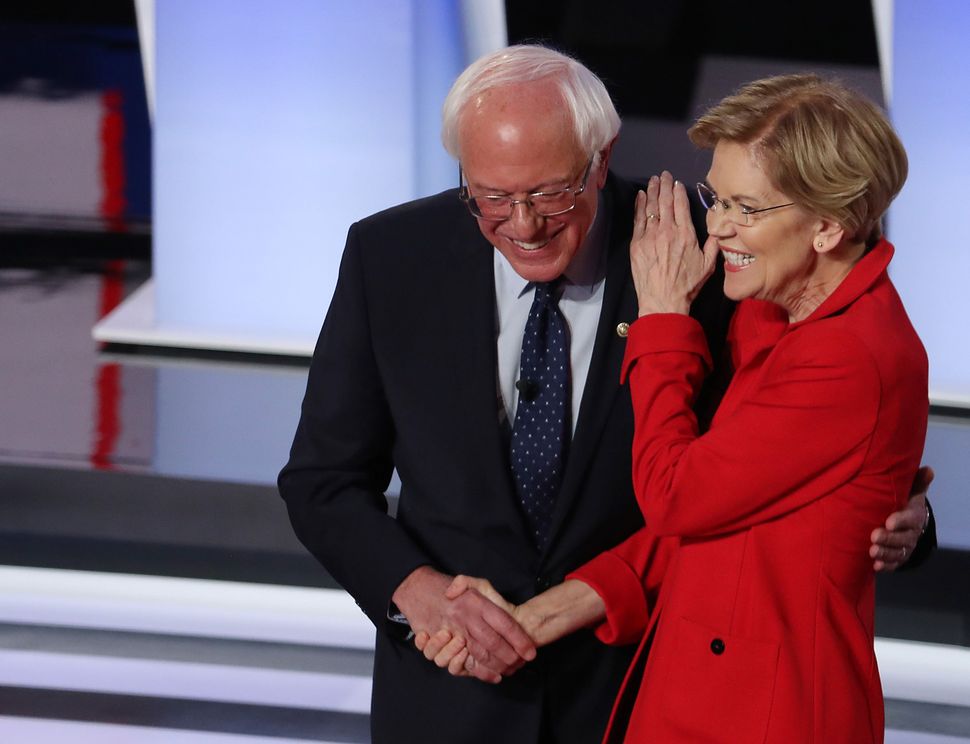 On Tuesday, California Senator Kamala Harris suspended her campaign for president. With Harris out of the race, all six of the candidates who have qualified for this month’s debate are white. It’s just the latest example of how in moving to the left, the Democratic Party has failed — and failed to attract — black voters.

Much has been made about the rise of the left in the Democratic Party. After Bernie Sanders performed above expectations in 2016, some predicted that his brand of left politics would soon dominate the Democrats’ politics nationally, and they were right, judging by the 2020 democratic primaries. Some pundits went as far as to call Sanders the frontrunner for 2020 immediately after the 2016 election, and many of the 2020 candidates took the narrative of Sanders’ ideological strength at face value. Most notably, Massachusetts Senator Elizabeth Warren has matched Sanders on the ideological left, to much success.

The problem is that the Democratic electorate isn’t nearly as close to Sanders and Warren ideologically as some pundits would have you believe. Although Sanders essentially tied with Hillary Clinton with white voters, he lost black voters nationally by 50 points, which went a long way towards her winning the nomination. The candidate favored by black voters has won the Democratic primary in each contest going back to 1992. Black voters have an outsized influence on the primary process because of their concentration in the south, and because of their propensity to vote as a bloc. The south is a delegate rich region where white voters have abandoned the Democratic Party — meaning the primary electorate of many of these states is plurality or majority black.

Black voters are also the most consistent Democrats in the general election, voting for Democratic presidents at a rate close to 90%. Failing to win over black voters can end your presidential campaign before it begins.

So why does the left have so much trouble with this demographic?

To understand the current problems of the left, you have to know a bit of political history. Moderate and conservative whites have gradually left the Democratic Party since the mid-1960s in a party sorting process that is still ongoing. This phenomenon has its roots in the successes of the Civil Rights Act and the Voting Rights Act, when Democrats officially became the party of minority rights. This sorting process was especially intense early on in the southern states, but it has since spread throughout the county. The result has been that the whites who have remained in the Democratic Party are generally further to the left of the political spectrum.

The white voters who have remained in the Democratic Party on average tend to be better educated and less religious than both the white voters who fled for the GOP and the black rank and file Democrats who never left. White Democrats are further left ideologically than their black counterparts on a range of issues.

White voters in the Democratic Party are more likely to favor open immigration policies and take leftward stances on gender and sexuality. They are also more likely to have an ideological commitment to free college or free healthcare. Almost 80% of black Americans are Christian, and nearly half say they attend religious services once a week. This is a major divide from white liberals, of whom Frank Newport estimates only 4% are both ideologically liberal and highly religious.

Moreover, black voters tend to choose candidates that have worked hard to build a relationship with their community over time. Because of the unique history of black Americans, earning the trust of this community is not an overnight affair. Going back 30 years, nominees such as Barack Obama and the Clintons had deep ties to the black community before even deciding to run for president.

This is in stark contrast to Bernie Sanders and Elizabeth Warren, candidates favored by the white left that have struggled mightily to pick up black support. Neither Sanders nor Warren spent much time building relationships with black voters prior to deciding to run for President. And they are not alone on the left in this regard. Alexandria Ocasio-Cortez was largely unable to move black voters in her direction during her primary; her strength was mostly with college educated whites. Trying to attract black voters after the fact is extremely difficult.

One of the left’s biggest problems with black voters is their rhetorical focus on class. The left’s primary objective is to take on the billionaires and corporate elite. The class-first narrative posits that members of the working class have a common enemy — the wealthy.

This argument doesn’t fit with the lived experience of many black Americans, who have endured racism at the hands of poor and wealthy whites alike. For instance, there is a long history of racism in unions. This isn’t the wealthy using schemes to divide the poor along racial lines either; a sizable percentage of whites regardless of class have come to hold these views on their own.

Social scientists have found that black Americans are the most likely of any demographic to believe in the concept of “linked fate,” the idea that “what happens to people from their racial group will affect them personally.” In other words, the black community is more likely to be drawn to rhetoric about the betterment of all black Americans instead of rhetoric about class divisions.

Another one of the left’s most critical messages is their rhetoric around what they see as political revolution, that expresses itself in rhetoric about tearing down the Democratic Party. Sanders and his surrogates are the biggest offenders here, but other elements of the left have echoed the same messages. The idea that the Democratic Party is corrupt, infiltrated by corporate interests, and needs to be torn down may win cheers with the white left, but it doesn’t attract black voters. That is because the Democratic Party as an institution both codified and defended Civil and Voting Rights for minorities for decades. Black voters view the Democratic Party as an institution that has fought for them and protected them from Republican offensives. It is not one that should be blown up.

You might wonder why Democrats haven’t realized that their messaging is at odds with that of most black voters. But the truth is, white voters in the Democratic primary are more educated, less religious, wealthier, and more ideologically liberal than black voters, and they live geographically separated from black voters, both within cities in the northeast and west coast and regionally in the south. This effective segregation has resulted in a huge blind spot for these progressive candidates.

As white voters continue to move left, the divide could lead to mounting tension within the Democratic coalition, a symptom of which can be seen in the debate over President Obama’s legacy. While the white left is eager to reinterpret Obama’s legacy as a failure, black Democrats have a near universal approval of the former President.

In general, the problem can be summed up as follows: Black Democrats want the party to continue its fight to protect civil and voting rights and to expand access and opportunity, while white Democrats want the party to take on ideological stances regardless of the electoral consequences. Since black voters have disproportionate influence on the primary contest, there is the possibility that black voters could essentially override the choice of the white left (and deliver a Biden victory over Warren or Sanders).

That outcome would likely increase the intra-party tension, with inevitable calls to limit the electoral power of the southern states in future primaries. Of course, the white left could go in the opposite direction and decide to learn more about black voter decisions. But if the aftermath of 2016 is any indication, that rosy scenario probably isn’t going to happen.

Why The Left Has Failed With Black Voters