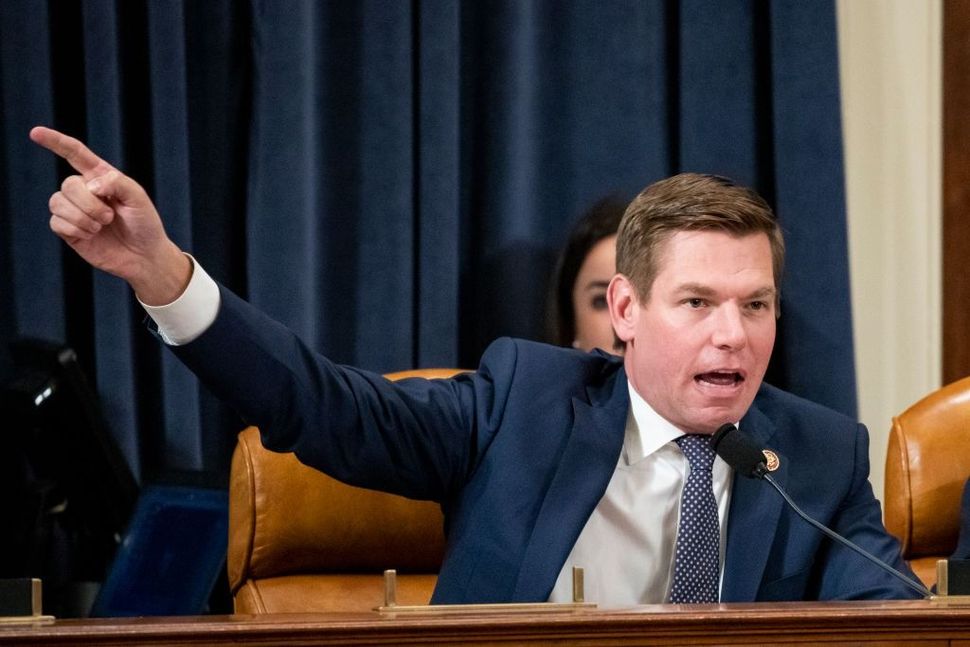 Hate is on the rise in America, oozing like poison into our national dialogue — and even into our government’s official business. It’s on all of us to call it out, and tone it down.

FBI data shows hate crimes reached a 16-year high in 2018. Even California, which has some of the strongest hate crime laws in the nation and proudly celebrates diversity and inclusiveness, isn’t immune to this troubling trend. Anti-Jewish hate crimes rose in California by nearly a quarter from 2017 to 2018, even while overall hate crimes in the state remained flat.

Anti-Semitic robocalls made the rounds in the East Bay, in and near my district, during the 2018 election cycle. And just this past August, fliers accusing Jews and Israel of masterminding the Sept. 11, 2001 terror attacks were posted at several locations in Novato, also near the San Francisco Bay.

This isn’t happening in a vacuum. It’s happening as President Donald Trump and his allies dabble in hate-baiting propaganda. From refusing to unconditionally condemn the 2017 neo-Nazi rally in Charlottesville to accusing American Jewish Democrats of disloyalty, President Trump has tacitly or explicitly empowered extremism in ways not seen in generations.

Soros in particular has been the target of vicious hate, despite his tireless work to free Eastern Europeans from Soviet subjugation, save countless lives in Sarajevo during Yugoslavia’s civil war, and provide scholarships to black South Africans during the height of apartheid. This type of work should be lauded, yet Trump and his enablers are quick to cast Soros in the leading role of an imaginary plot to dominate global affairs.

In 2018, Trump advanced the anti-Semitic rumor that Soros was paying refugees to illegally enter the country. This year, Giuliani claimed without a scintilla of evidence that Soros led an anti-Trump plot in Ukraine. This conspiracy theory has been debunked by numerous media outlets and fact checkers, and a media outlet that first published the claim has put the reporter’s body of work under review.

“This is the longest-running anti-Semitic trope that we have in history, and the trope against Mr. Soros, George Soros, was also created for political purposes,” Hill noted. “It’s an absolute outrage.”

No matter the purpose, the rhetoric is resonating with some of America’s worst bottom-feeders, emboldening them to speak louder with even more vile lies.

For example, an openly anti-Semitic Florida pastor and radio host recently made international headlines by claiming the impeachment investigation is a “Jew coup” against Trump led by people including Lt. Col. Vindman, House Intelligence Committee Chairman Adam Schiff, and Ambassador Gordon Sondland. Keep in mind that this pastor’s YouTube channel has held a White House press credential in the past, and President Trump took a question from its reporter at a 2018 press conference.

Simply put, Trump and his allies are so eager to double down on divisive politics that they will embrace anti-Semitic conspiracy theories. Driving people at society’s fringes to believe that Jews are somehow detrimental to the nation helps pave the way to violent acts such as the mass shootings at synagogues in Pittsburgh in 2018 and Poway, California in 2019.

Words matter. Hate must not be stoked, lest innocent people die. As a country, we must hold Trump and his minions accountable for their conduct, and we must do more to protect the communities facing the greatest risk.

It starts with toning down the rhetoric, condemning any dog-whistling as dead wrong, and not only remembering but emphasizing that we’re all Americans, even as we navigate the difficult waters of impeachment. Protecting and defending the Constitution against all enemies, foreign and domestic, is expressly at odds with letting hate infiltrate our politics.

Our nation is more unified, more inclusive, and simply better than what President Trump and Rudy Giuliani would have you believe. We respect and protect our neighbors and we reject prejudice. That’s not a partisan thing to do; it’s the human thing, the right thing to do.

Rep. Eric Swalwell, D-Calif., a former prosecutor, serves on the House Intelligence and Judiciary committees and co-chairs the House Democratic Steering and Policy Committee. Follow him on Twitter at @RepSwalwell