Trump Aside, Are Jews A Nationality? 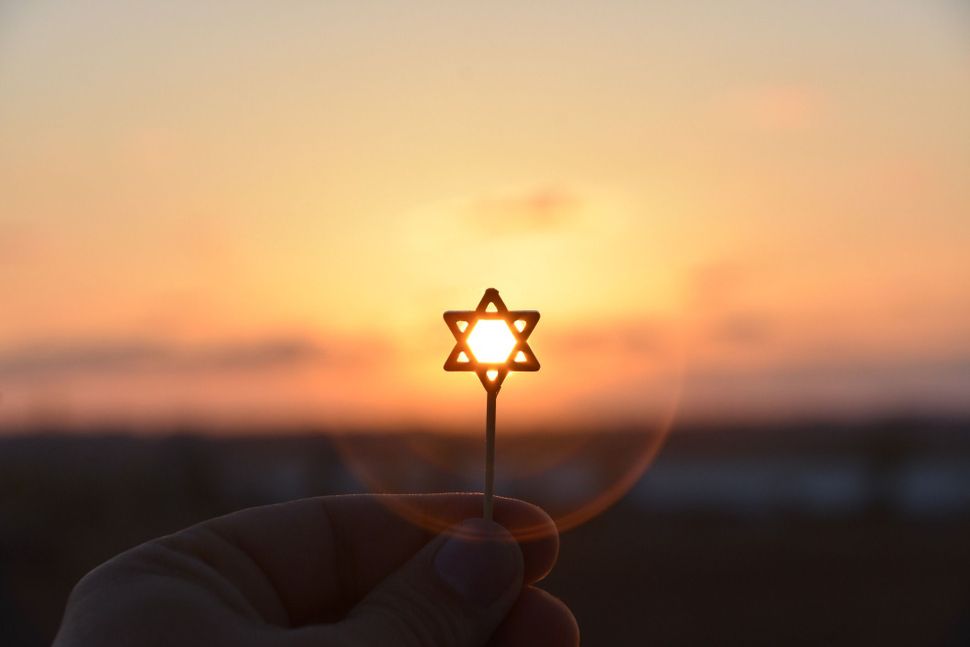 On Tuesday, The New York Times reported that the Trump administration was signing an executive order defining Judaism as a nationality. The article set off an internet firestorm, with many Jews openly worrying that this was not meant to protect Jews, but to distinguish us from the American people.

President Trump will sign an executive order defining Judaism as a nationality, not just a religion, thus bolstering the Education Department’s efforts to stamp out “Boycott Israel” movements on college campuses https://t.co/0avw7eseMc

It turned out that wasn’t quite the case. On Wednesday, Jewish Insider obtained a draft of the executive order and we learned that it wasn’t quite as drastic a formulation as originally described.

Still, the debate sparked some interesting questions: Are Jews a nation? A religion? Is it good for governments to be classifying Jews as one or the other at all?

We can, of course, examine Jewish texts and see that the traditional religious answer to the question of nationhood or religion is that Jews are both. Jewish history in antiquity makes as much sense from a nationalist lens as from a religious one. While most scholars treat nationalism as a modern idea, taking root in the past 200 or so years, in just a few days, Jews the world over, from the most religiously observant to the most religiously indifferent, will be celebrating a holiday commemorating a Jewish national revolt against an empire’s rule.

This wasn’t the context that critics of the originally reported executive order called upon, though. Their own personal sense of what being a Jew means was superceded by a reflex which brought to mind the laws implemented early in Nazi rule of Germany. These laws were designed to make “German” and “Jewish” mutually exclusive legal categories, for the purpose of persecuting Jews. And while it’s natural to draw upon the historical narratives we know best, these questions have been debated by Jews and gentiles alike for much longer.

With a few notable exceptions, for most of Jewish history in Europe from the medieval period onward, Jews were legally segregated and excluded from national life in the kingdoms and principalities that they were permitted to reside in. For most of that period, this discrimination was informed by religious animosity. As enlightenment ideas on social mobility, political liberty, and the view of political power emanating from the people instead of from God took root, questions arose as to what this meant for the Jewish minority living in European societies.

Anti-Semites who opposed the emancipation of Jews cited Jewish laws, beliefs, and texts as proof that Jews were unfit to become full citizens, but their arguments were not focused strictly on differences of faith, so much as a view that Jews were nationally distinct and therefore alien. As Prussian Bible scholar and professor of Oriental Studies at the University of Gottenheim Johann David Michaelis wrote in Prussian debates on emancipation for Jews in a 1782 public essay, “Does the Law of Moses make citizenship, and the full integration of the Jew into other peoples, difficult or impossible? I think it does! The purpose of this Law is to maintain the Jews as a people almost completely separate from other peoples.”

He went on to note that what Judaism teaches about the Jewish relationship to the ancient land of Israel is further proof that Jews could not be loyal to the countries in which they reside: “Passages in the sayings of the Prophets, even in those of Moses himself, seem to promise the Israelites future return to Palestine, and the Jews at least hope for this return on the authority of those passages.”

The path for Jewish emancipation put Judaism, which encompasses both faith and peoplehood, at odds with full Jewish participation in a country. Moses Mendelssohn, a Jewish philosopher and contemporary of Michaelis, argued that religion was a private matter, and that Judaism was consistent with enlightenment values.

Mendelssohn advocated for a tolerant state where all citizens regardless of faith would be equal before the law. His ideas were controversial among Jews, but this formulation for advancing Jewish civil rights was, in part, first adopted during the French revolution. As the French liberal Stanislas de Clermont-Tonnerre argued before the National Assembly in 1789: “The Jews should be denied everything as a nation but granted everything as individuals.”

This framework, treating Judaism first and foremost as a faith and a private matter, informed the rise of the Reform movement, which began in western Europe and took root in the United States. Today, Reform Judaism is still the single largest denomination of Judaism in America, and across Europe, Jews are full citizens before the law.

In other modern examples, when governments treat Jews as a nation within a nation, the track record is similarly dismal. Even after the Holocaust, we see examples of governments using the concept of Jews as a distinct nationality as a tool for persecuting Jews. As documented in Foreign Affairs in 1963, “The Soviet Union officially recognizes Jews as a nationality. In the personal identification papers which all Soviet citizens carry (the internal ‘passport’), Jews must list their nationality as ‘Jewish’ (Yevrei) just as other nationalities such as Russians, Ukrainians, Georgians and others must list theirs.”

The ‘nationality’ portion of the internal passport, appearing on the infamous fifth line of the document, was used as a tool for discriminating against over two million Soviet Jews in travel, education, employment, and career advancement. But even for those Jews who were able to circumvent the process and have “Russian” or other nationalities listed on their papers, discrimination persisted.

In the Soviet Union, the idea of Jews as a distinct national or ethnic group were not just lines on paper, but a government-promoted racialized view of Jews. Or as I heard it from my Babushka, “бьют не по паспорту а по морде” — they beat you not by your passport, but by your face.

Jews whose appearance evoked the racial caricature of Jews, be it their noses, their hair, their eyes, or their lips, faced discrimination and violence even if by all other appearances they led and embraced a fully Soviet life. By the time the Soviet Union collapsed, over 1.5 million Jews, including my parents and I, had fled to the United States, Israel, and other western countries in response to this state-sponsored persecution.

So it’s an open and shut case, right? Governments treating Jews as a separate nationality don’t have a great track record. So why the confusion over this executive order?

Besides initially inaccurate reporting, it’s because the executive order recognizes that people who discriminate against Jews may be doing so not on religious grounds but on national and racial grounds (has any anti-Semite ever asked a Jew if she observes Shabbat before calling her a k*ke?).

So how do we classify discrimination against Jews? Should the punishment for discriminating against a Jew be less severe if the government treats Jews as a religion?

In 2010, the Department of Education under the Obama administration sought to answer this question by expanding the interpretation of Title VI to be inclusive of sexual orientation and religion.

Trump’s executive order largely reiterates that position, with an eye on using the law to punish universities that fail to act when pro-Palestinian activism blurs the line between legitimate criticism of Israeli policies in the West Bank and elsewhere, and anti-Semitic ideas, such as whether Israel is uniquely evil or if Jewish students who are not Israeli nationals must disavow any affinity towards Israel and Zionism in order to participate in campus life.

The bigger concern here is not whether the Trump administration treats Jews as a separate nationality (it doesn’t), but whether it’s a good idea to legislate when criticism of Israel on campus crosses the line into anti-Semitism. Especially when the person promulgating the order regularly promotes anti-Semitic ideas himself.

Trump Aside, Are Jews A Nationality?