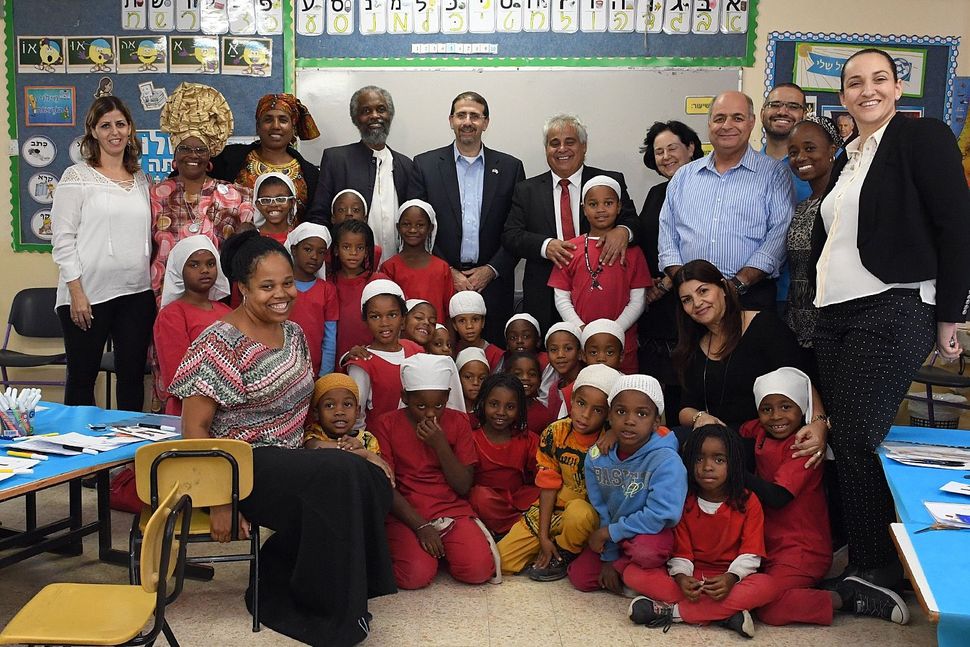 “I’ve yet to encounter a Black Hebrew Israelite who wasn’t an anti-Semite.”

“The Israelite group is nuts.”

These were some of the comments that popped up on my social media feeds last week following initial reports that the suspects who murdered a police officer and three people at a kosher market in Jersey City had ties to the Black Hebrew Israelites.

Two days after the attack, New Jersey’s attorney general announced that investigators had not linked the suspects to any specific Hebrew Israelite group and believed that they acted “on their own.”

Later, a fuller picture of the suspects’ backgrounds and possible demons began to emerge — military service, criminal record, prison, homelessness. But by this point, the media narrative that they were motivated to kill primarily by an anti-Semitic, anti-police ideology unique to “the Black Hebrew Israelites” — and that all Hebrew Israelites comprise a single, hateful group — had already taken hold.

As a journalist and scholar who has studied the Hebrew Israelite movement for over a decade and counts many Hebrew Israelites as friends, I feel compelled to push back against this false narrative.

The vast majority of Hebrew Israelites — in the United States, Israel, and around the world — do not promote anti-Semitism or violence. In the days since the attack took place, the leaders of several groups — including one that the Southern Poverty Law Center has described as a hate group, Israel United in Christ — have publicly condemned it.

IUIC releases statement: “We STRONGLY condemn these actions and do not condone nor teach this type of behavior.” pic.twitter.com/wfKnpM8xkf

My connection to this diverse and historically non-violent spiritual movement is both academic and personal. I lived with the Dimona-based African Hebrew Israelites of Jerusalem — the largest and best known Hebrew Israelite community outside of the United States — for a year as part of an ongoing research project.

I have worked with Rabbi Capers Funnye, the leader of an established Hebrew Israelite congregation in Chicago. I have visited Hebrew Israelite communities in the U.S., the U.K, and parts of Africa. These are people who feel a deep connection to the land of Israel and to the Jewish people.

Most Jews, by contrast, do not know any Hebrew Israelites on a personal level. They may only be familiar with the aggressive street preachers who try to provoke passersby by shouting hateful invective at them.

I, myself, have been subjected to these preachers’ verbal abuse after stopping to engage with them and revealing my Jewish identity (since I do not present as obviously Jewish). When they call me a “fake Jew,” one of their favorite insults, I do not feel threatened. Instead, I hear the pain of folks who were cut off from their heritage by the forces of white supremacy and who believe that in order to discover themselves and their purpose they must denigrate others.

The extremists within the Hebrew Israelite movement — the ones who traffic in vicious anti-Semitic and anti-white conspiracies — are the most controversial and the most vocal. As a result, they are the ones who receive the most media coverage. More concerning, their teachings are widely accessible via the Internet and may inspire deranged people to commit violence.

At the same time, their words and actions seem to stoke anti-black racism within the Jewish community. It is important to remember that they do not speak for or represent all Hebrew Israelites or — it pains me to have to say this — all black people.

As I followed coverage of the attack and its aftermath last week, I thought about the brilliant Nigerian writer Chimamanda Ngozi Adichie, who warned about “the danger of the single story” in a celebrated 2009 TED talk. “The single story creates stereotypes, and the problem with stereotypes is not that they are untrue, but that they are incomplete,” Adichie said. “They make one story become the only story.”

The story that spread last week about Hebrew Israelites is not the only story. I encourage all Jews to seek out personal connections with Hebrew Israelites, online or in person. There are congregations in most major American cities. The doors of Rabbi Funnye’s synagogue on the Southside of Chicago are always open.

Andrew Esensten is a freelance journalist based in California. He is currently at work on a book about the African Hebrew Israelites of Jerusalem, also known as the Black Hebrews of Dimona.