Hanukkah’s Lesson? The Israel-Diaspora Divide Is Central To Our Tradition 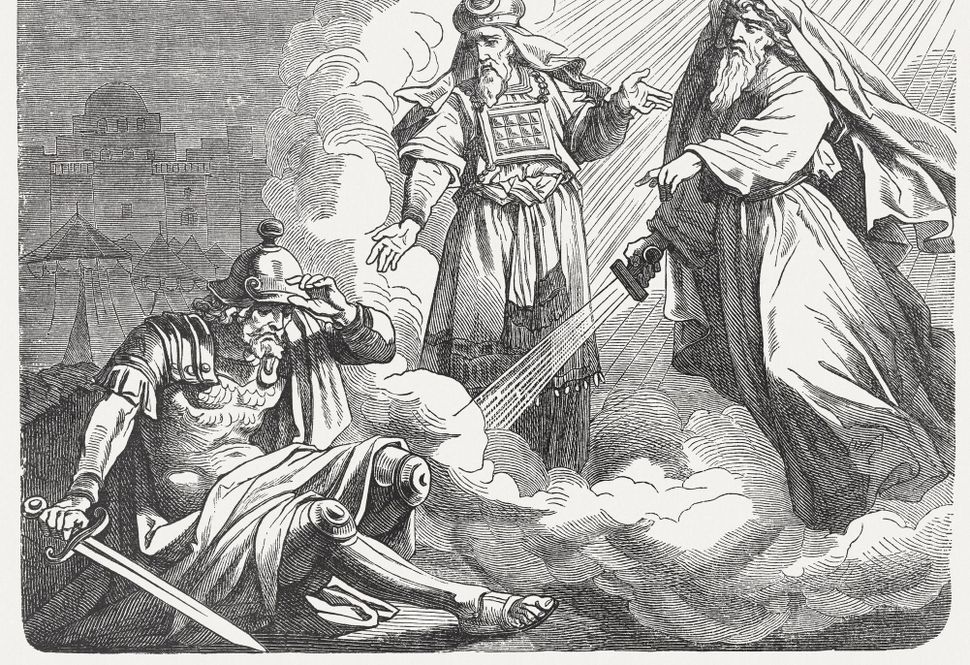 That said, American and Israeli Jews see Hanukkah very differently, and these different interpretations mirror a larger rift in the two communities.

In fact, this difference in interpretation has a history, too, and each has a historical book to represent it: Maccabees I and II. In his book “The Sages,” Rabbi Benny Lau describes how Maccabees I was written in Hebrew and tells a nationalist tale focused on the might of the Maccabees and their military history. Maccabees II was written in Greek and centers around the religious situation of the Jewish people at the time; it tells a spiritual story, and is mostly indifferent to the bravery of Judah and his soldiers.

This dichotomy is essentially the one we see cementing in the Israeli and Diaspora communities today in two different Judaisms. There is a Maccabees I sort of Judaism — a nationalist story which the Zionist movement mirrored in many ways from its inception.

And from the start, this has been reflected in the way the early Zionists viewed Hanukkah. Thus, early Zionist poet Aharon Ze’ev praised the might of the Maccabees in “Anu Nosim Lapidim,” “We are bearing the torches,” and removed the Divine from Hanukkah, declaring: “No miracle happened for us. No cruse of oil did we find. We walked through the valley, ascended the mountain. We discovered wellsprings of hidden light. We quarried in the stone until we bled: Let there be light!” This is an anthropocentric ideology which is also echoed in another famous Zionist anthem composed by Menashe Ravina in 1936, “Mi Yimalel,” which praises Jewish action as opposed to reliance on God.

Then there is a Maccabees II sort of Judaism, focused not on nationalism but on spirituality and religious practice. Inspired by the Babylonian Talmud, this form of Judaism has its own Hanukkah, too; it’s in the Babylonian Talmud we learn of “a small jug, for eight days it gave its oil,” and where we learn nothing of the military might of the Maccabees. To quote Rabbi Lau, “It became a festival bearing the deep imprint of exile, lacking any suggestion of political independence.”

Each has value. Paraphrasing from Rabbi Lau, there is a bravery in maintaining the traditions, of surviving and finding that “jug of oil” to help propel our faith forward. In many ways, this is what it has meant to be a Jew living outside of Israel since the destruction of the Second Temple.

There is also the bravery that comes with ensuring there is Jewish autonomy through the fight for independence, which requires military and might. In many ways, this is how Jews living in Israel experience their Judaism.

Just as there is room in the Hanukkah story for both of these narrative interpretations, a thriving global Jewish world can and must find room for the two forms of Judaism we see in our two major centers. Instead of putting one of these forms of Judaism on a pedestal and denigrating the other, it behooves American and Israeli Jews to start seeing these forms of bravery in one another.

We need to start interpreting each other charitably. Rather than imposing our worldviews on the other and rather than telling each community that they simply “don’t get it,” we should come from a place of understanding, empathy and compassion. Instead of making assertions that end in exclamation points, we can encourage each other to ask more questions about the other.

I also think we need to work on language. When people speak about the successes of Zionism, we normally hear about the political and religious moments, the fact that the Jewish people have had the ability to exercise self-determination for the first time in almost two millennia or the fact that religious and archeological Jewish sites are now in Jewish hands. But the revival of the Hebrew language as a spoken language is perhaps the greatest achievement of Zionism. When we can speak to one another, to listen to one another, let’s all take advantage of that! It is a sui generis achievement. It is incumbent upon Jewish camps, schools and synagogues to make learning Hebrew a primary focus. Not only will it connect Jews in Israel to Jews outside of Israel, it will also help all Jews around the world appreciate the culture and rhythm of the Jewish state and Israelis.

Finally, by bringing in both a Maccabees I Judaism and a Maccabees II Judaism together, we can celebrate the diversity inherent in the Jewish experience. Some leaders view Judaism through the prism of a nationality or a civilization, and some leaders view Judaism more so as a religion. It is Sisyphean to the extreme to attempt to convince the other that Judaism is either a religion or a nation. Instead of fighting that fight, let’s celebrate a unique aspect of Judaism – that it can be experienced differently by different people. If we do that, and we remember that this current rift between Jews living in Israel and Jews living outside of Israel has been part of the experience of Jews throughout history, we can all garner more empathy and compassion for another.

Hanukkah’s Lesson? The Israel-Diaspora Divide Is Central To Our Tradition