Attacks against the Orthodox signal the return of ‘social anti-Semitism’ 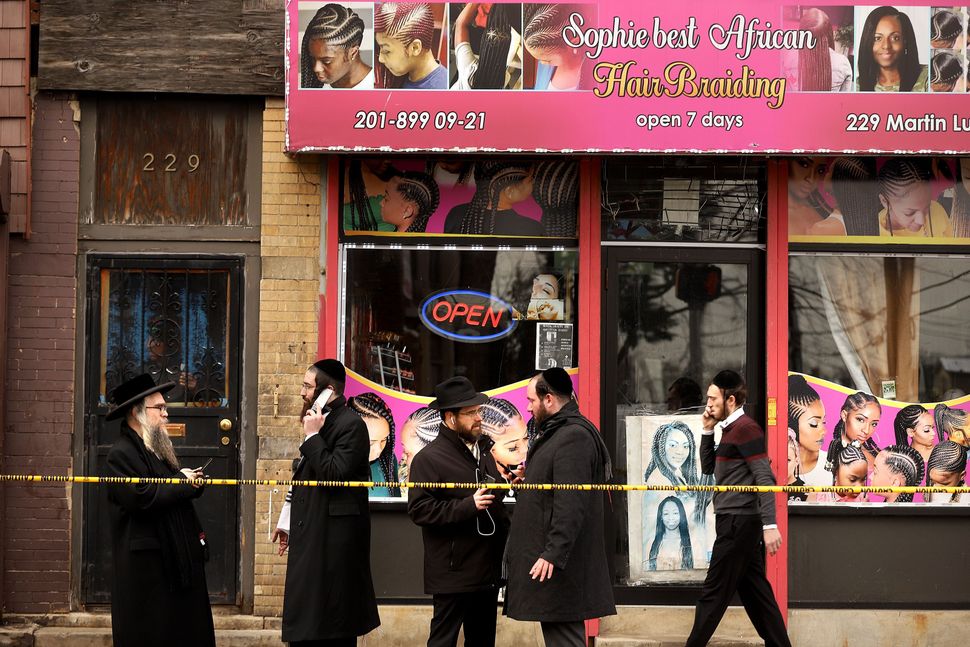 “We brought you to America to get away from this,” my mother called to say the night after the deadly attack in Jersey City against Hasidic Jews this past December. 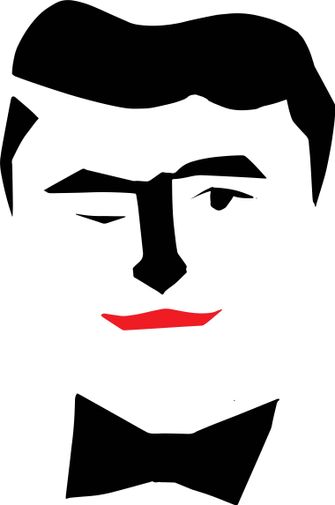 Her words rang in my ears as report after report came out of Jews being attacked, most of them Orthodox or Hasidic, on the streets of New York, the city I call home. Every day in December seemed to bring a new assault.

After Shabbat on December 29, 2019 I shared on Twitter that there had been nine anti-Semitic assaults in New York during Hanukkah alone while boarding a plane from New York bound for Chicago. By the time I landed, reports were streaming in from Monsey: A man broke into a rabbi’s home during a Hanukkah gathering and began butchering Jews with a machete. Five Jews were hospitalized.

“We brought you to America to get away from this,” my mother said. She’s right. In fact, the kind of anti-Semitism my family faced in the Soviet Union provides a necessary lens through which to understand the attacks in Brooklyn, which have stymied so many.

The reason for the upswing in violent attacks against Orthodox Jews in Brooklyn has appeared mysterious to most outside observers. While national publications have covered the problem of rising anti-Semitism with great moral clarity on the topic of white nationalist anti-Semitism, many have struggled with the attacks against the Orthodox, attributing them to “tensions” brought on as a result of gentrification. It’s a curious explanation, given the lack of assaults on the well-heeled customers of upscale coffee shops and specialty stores that have popped up in Brooklyn to help newer yuppy residents part ways with their money. And to many, it reeks of blaming the victim.

The attacks also do not fit the profile of the campus anti-Semitism which demands Jews check their Zionism at the door. Many of the Hasidic Jews in question, like the Satmar Hasidim in Jersey City, are themselves not Zionists.

Much of the anti-Semitism we are witnessing in and around New York is neither the “new anti-semitism” that hijacks valid criticisms of Israel’s occupation of Palestinian territory to advance hatred of Jews nor the “old anti-Semitism” taught at every Hebrew day school of organized state-sponsored violence against Jews.

In short, our desperate attempts to understand the shocking spate of violence in Brooklyn has left us seeking a familiar political framework for an animosity that stubbornly refuses to conform to such boundaries.

And yet, my mother is right to recognize the attacks. For the string of anti-Semitic attacks we are witnessing in New York are a kind that both my Soviet parents and many Hasidic residents of New York know well: Social anti-Semitism.

Social anti-Semitism is the precursor to anti-Semitic violence. It’s the narrative that casts Jews as the source of a social ill — one that needs to be solved by any means possible.

The social anti-Semitism of Europe that supported every political program of anti-Semitism has never been eradicated. It’s why I write to you from New York and not from Belarus. And that’s what we’re seeing in Brooklyn: the rise of a kind of social antipathy to Jews that justifies a more political organizing.

I found disturbing footage of chair throwing & assault on Chassidic Jew Tue on Albany & Lincoln. Victim is uncomfortable reporting due to the discovery reform (attacker may know his identity). Same group assaulted someone later that night on Union Kingston. @NYPD77Pct @NYPD71Pct pic.twitter.com/f5jEAL5SkR

Naming it helps us think about how to solve it; the first step is acknowledging the existence of social anti-Semitism, leaving no room for sophistry designed to excuse it. The people who accost and assault Jews on the streets of New York are not engaging in confused protests against gentrification or wealth concentration. They are harassing and beating Jews because they hate Jews. 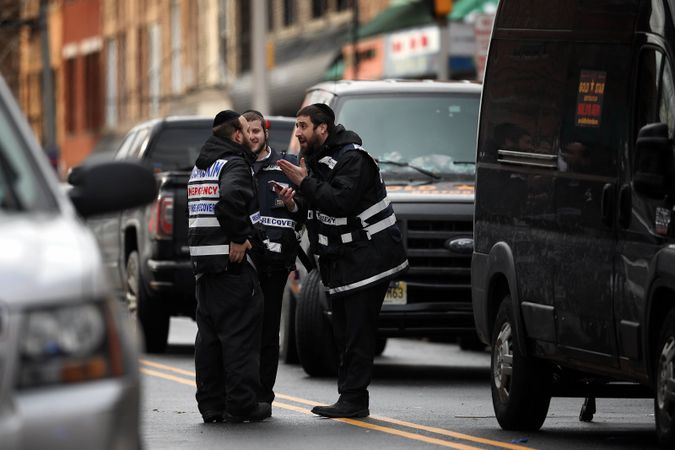 Recovery and clean up crews work the scene in the aftermath of a mass shooting at the JC Kosher Supermarket on December 11, 2019 in Jersey City, New Jersey. Six people, including a Jersey City police officer and three civilians were killed in a deadly, hours-long gun battle between two armed suspects and police on Tuesday in a standoff and shootout in a Jewish market that appears to have been targeted, according to Jersey City Mayor Steven Fulop. (Photo by Rick Loomis/Getty Images) Image by Getty Images

It’s also crucial to contextualize the increase in overt social anti-Semitism. After all, it is not just hatred against Jews which is on the rise. From 2014 through 2017, reported hate crimes against groups including Blacks, Arabs, and the LGBTQ community have also been on the rise, with the most dramatic increase occurring in 2017, after a man who campaigned to ban Muslims, referred to Mexican-Americans as rapists, and refused to condemn anti-Semites such as David Duke for fear of alienating racist voters entered office. While President Trump may not have intended to promote anti-Semitism, campaigning on hatred and relying on it as a tool of governance can produce unintended consequences, including reducing the social barriers against hatreds which Trump did not initially seek to politically benefit from.

And we must remember that Jews are not foreign guests facing down the mob counting on the mercy of kings, but equal citizens before the law who have the tools of the state at their disposal to confront anti-Semitism head on. In New York City, the epicenter of social anti-Semitic violence against Jews, and especially Hasidic Jews, there is also the largest concentration of Jewish and Hasidic Jewish voters in America. The natural path for any ambitious politician to city-wide and statewide office relies on a coalition that includes Jews. Like other communities, the support of Jews must be earned.

Already, New York City is increasing police patrols in neighborhoods such as Borough Park and devoting the resources of its hate crimes task force to investigate existing attacks. But there is more to be done than policing.

The long-term focus cannot be to hide Jews behind a golden cage, but to reduce the desire of others to harm Jews and increase the social costs for those who engage in or promote anti-Semitic beliefs. This includes but isn’t limited to bolstering funding for programs which foster dialogue between communities that remind people that their Hasidic Jewish neighbors are just as human as they are, educational programs tied to broader community initiatives which explicitly combat anti-Semitic tropes and teach people to recognize them, and using the bully pulpit from state representatives through the governor’s office to their fullest extent to combat the normalization of anti-Semitism.

The task before us is a difficult one. It will not be resolved overnight. For Hasidic Jews who wear their faith on their backs, there will continue to be a target that comes with it. The work before us is challenging and will require a continued focus. We may not complete it, but neither are we free to desist from it.

Attacks against the Orthodox signal the return of ‘social anti-Semitism’