The new socialism, like the old, will not protect Jews 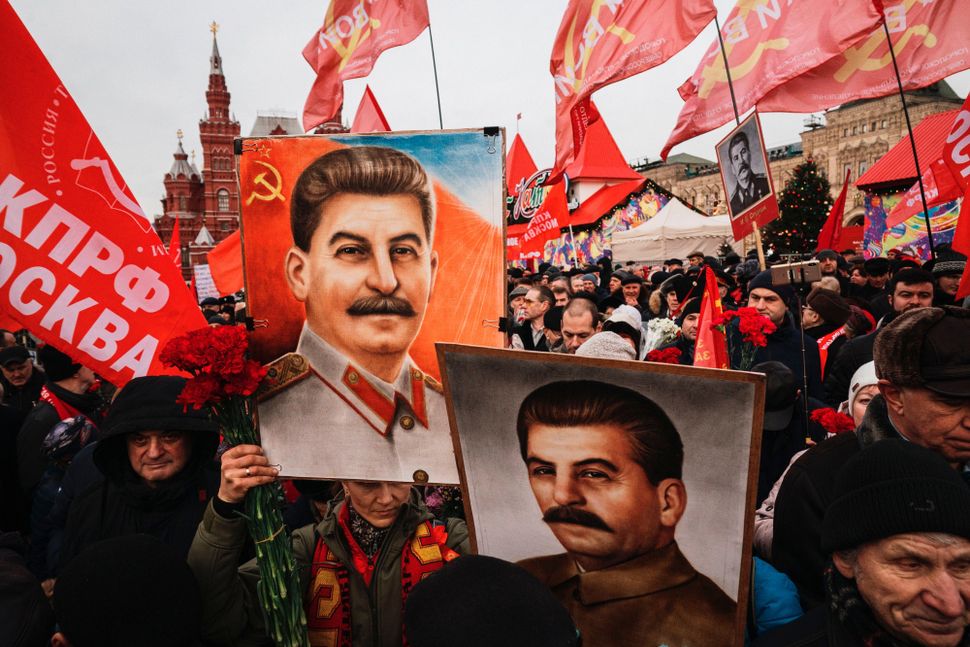 People hold portraits of Soviet leader Joseph Stalin and wait to lay flowers at his grave outside the Kremlin on the Red Square in Moscow on December 21, 2019 as members of different Communist and Lefttist movements gather to mark the 140th anniversary of his birth. (Photo by Dimitar DILKOFF / AFP) (Photo by DIMITAR DILKOFF/AFP via Getty Images) Image by Getty Images

Before he was shot and then run over by a truck outside of Minsk like a dog by Stalin’s agents, Solomon Mikhoeles was one of the greatest actors of the twentieth century. Before Osip Mandelstam was starved and frozen to death, he was a poet of wondrous and haunting verse. Before lead was lodged in Isaac Babel’s brain, he wrote peerless stories. 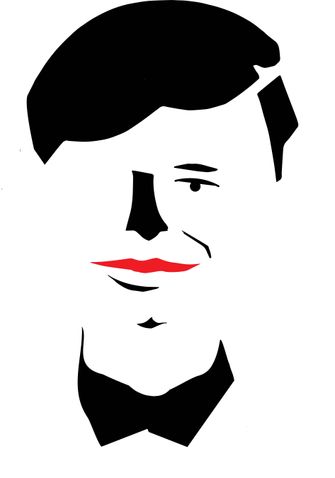 All were executed in the name of a classless society, for the alleged sins of the bourgeois. The hands were the hands of Stalinist goons, but the voice was the voice of Marx: “What is the secular basis of Judaism?” Marx asked in On the Jewish Question. “Practical need, self-interest. What is the worldly religion of the Jew? Huckstering. What is his worldly God? Money.” The “worker’s paradise,” as it was called by socialists the world over, was a hell for Jews. The army marching under his flag would come later, but the poison was already in circulation; to the new anti-Semitism that came of age in the nineteenth century, Karl Marx was a crucial contributor.

Anti-capitalism, it turns out, is fertile soil for hatred of Jews. So it’s ironic to say the least that increasingly, many Jews are shrugging off this bloody history to argue the opposite: that only socialist anti-capitalism can solve anti-Semitism.

This has been the line the far left has taken in response to the slow-motion pogrom unfolding across the United States targeting Jews of all stripes but especially Orthodox Jews. They proffer capitalism as both cause of this recent violence and an explanation for it. Rather than deal with the uncomfortable fact that anti-Semitism appears to exist among poor, black communities — as it does everywhere — these neo-Marxists prefer to argue that it is capitalism that is causing the outbreak of violent attacks against Orthodox Jews in Brooklyn neighborhoods, and it is socialism that will suspend them.

Thus, a recent article in Jacobin, the flagship publication of the woke and socialist left, was succinctly entitled “To Defeat Anti-Semitism We Must Defeat Capitalism.” “The only way to defeat antisemitism,” the author glibly notes, “is to win socialism. Of course, antisemitism was also present in Communist societies, on both the official and popular levels. But this was not the result of too much socialism, but too little.”

This is akin to telling an alcoholic that their problem is not too much alcohol, but too little. The “presence” of anti-Semitism in Communist society was more like an obsession, one that piled up Jewish bodies as so much disposable firewood and effaced Jewish culture and religion with a hitherto unseen ruthlessness.

But let’s stick with the present. The argument goes something like this: Of course anti-Semitism is bad, but “context” is vital, we are told. What is the context the far left urges us to consider? Once again, Jacobin has the answer, this time in a piece entitled “Only the Left Can Defeat Antisemitism”: “especially when the perpetrators are poor and black,” we are told, “the culprits are white supremacy and capitalism.” Only the Left can defeat anti-Semitism, the author goes on, “because only the Left can name enemies: white supremacy, the police state, a radically unequal society sustained in part by the cynical redirection of popular rage against Jews.” It is the inequality that is to blame, not the hate, we are told. Remember: “Context!”

It’s an astonishing argument, if only for how ridiculous and nonsensical it is. And yet, these two did not stand alone; a third was added this week which went even further. Jews are being shot and macheted, the editors at the leftist beacon Jewish Currents collectively mused, because they are more effective at developing real estate and extracting government services. “55% of Hasidic households in New York City live below the poverty line and have been extraordinarily organized in applying for social services en masse, creating stiff competition for public assistance,” the publication editorializes. And “for historical reasons involving redlining and white flight, many landlords in the area are Hasidim; as a result, members of this community function as the faces, and sometimes the scapegoats, of the ongoing gentrification of these neighborhoods and their worsening housing crisis.”

Beyond the ugly portrayal of Jews, this argument, too, beseeches us to remember the economic context at stake in the anti-Semitic attacks targeting Jews. And those of us who see anti-Semitism as a force beyond excuse, one that manifests wherever the human heart is distorted by hate, are chided as lacking the sophistication to see the “cruelly rational” relationship between capitalism and Anti-Semitism.

That’s not analysis. It’s delusion, and its dangerous.

The simplicity of blaming everything on “material conditions,” gentrification and the existing order, is indeed tempting. The Jews become the natural victims of the system that they benefit from, and those who attack them are structurally absolved; their acts of violence get added to the bill of particulars in support of the need for revolution. Context does all the work, and what’s left over is picked up by “solidarity,” which can mean anything at all except that Jews deserve protection from those who seek to harm us.

In fact, the relationship goes the other way. As with the far right, the socialist left is relentlessly bad news for the Jews. Its most successful contemporary avatar, Jeremy Corbyn, presided over the transformation of one of the great political parties in the West into a conspiracy of befouled anti-Semites. And its most successful tribune in the United States, while himself a proud Jew, seems unable to quit those like Linda Sarsour who speak for him and see behind him a movement more amenable to their hateful commitments.

Punching down on the Jews by arguing that the stock market is the modern-day Cossack does more than just badly misread a problem. Success for the socialist dream of universality will always end up liquidating Jewish particularity.

There are simple conditions under which Jews have thrived, most of all in this country: liberty of speech and thought and religion; tolerance and diversity; equality of opportunity; the rule of law. These classic liberal values are out of favor with the revolutionaries at Jacobin and the vanguard of progressive sensibility at Jewish Currents, but they add up to our best shot to survive and thrive in the second century of the American Diaspora.

The new socialism, like the old, will not protect Jews