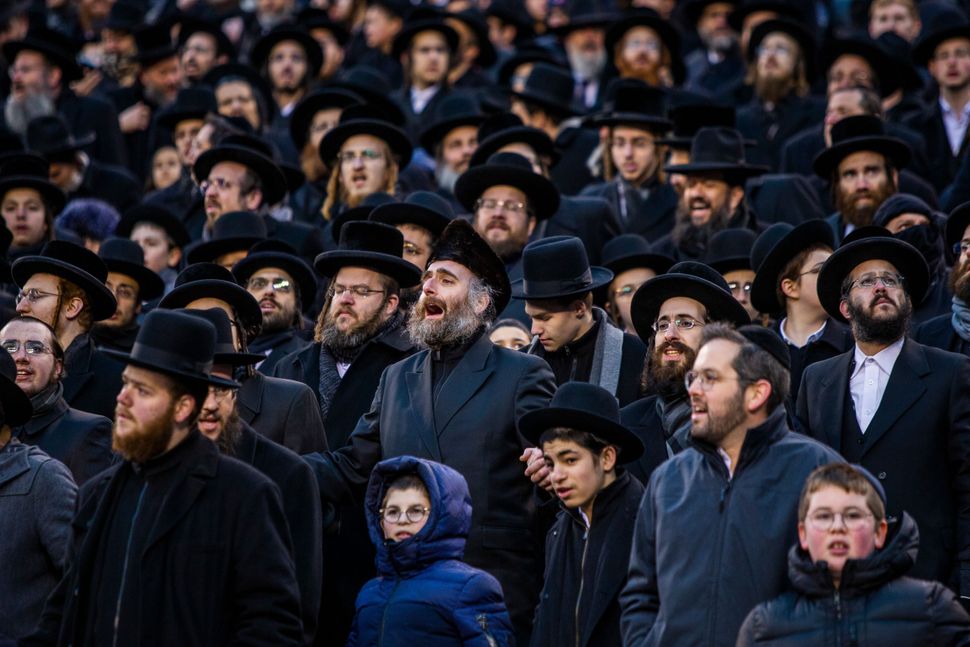 I first became aware of National Review after I immigrated from Switzerland to the U.S. I caught a clip of the online editor Charlie Cooke in a masterful debate with Bill Maher on gun control. Switzerland is frequently cited as the most gun-friendly country in the world, second only to the U.S., so Cooke’s arguments aligned closely with my views on the subject.

After seeing the debate, I started visiting National Review website regularly, where I found I had a lot in common with them beyond the issue of gun control. Though most Jews in America are liberal, the Orthodox community is more split. We often find common cause with conservatives on issues like religious liberty, and the abortion debate. It’s fair to say I was a big fan of National Review — until last week.

On Monday, January 13, National Review published an article by staff writer Zachary Evans about the recent deadly anti-Semitic attacks against Orthodox Jews in the New York area. The piece was deeply flawed. It quoted an anonymous source who cast Jews as insects, a well-known tactic of many throughout history who sought to destroy us. “Many in the community look at the Hasidim as locusts, who go from community to community… just stripping all the resources out of it,” the source said. The article also noted without any evidence that “the ultra-Orthodox population is also a heavy user of government resources such as Medicaid and food stamps. This is due to the fact that many of the men either don’t work or make low salaries, choosing instead to devote their time to studying religious texts.”

At a time when Orthodox Jews are being murdered, National Review chose to allow us to be dehumanized by an unnamed source, and cast the attacks in the context of Orthodox Jews exercising their constitutional rights to vote.

Reading the piece, I felt attacked as an Orthodox Jew. But I also felt let down by a publication that I hold in high esteem.

The truth is, everyone makes mistakes. And a good faith attempt to rectify this egregious one would have gone a long way with me and other Orthodox Jews who are fans of the publication.

Sadly, no such attempt ensued. My feelings of betrayal were only exacerbated when, after the massive blowback from across the political spectrum, National Review doubled down. They added a laughable editor’s note informing us that the author didn’t endorse the views he described, which were the feelings of locals.

But our complaint was not that Evans himself believed that we are locusts; it’s that he allowed us to be portrayed that way without any pushback, and allowed the piece to portray violence against us as part of a two-way struggle in which we are not blameless — and then tried to quietly edit the piece to create some distance from his words.

THIRD AND BREAKING: NRO writer made stealth edits to his article! The left screen grab is the writer claiming that Hasidic men don’t work. On the right he says “there is a perception” that Hasidim don’t work. THIS STEALTH EDITS TRIES TO HIDE THE WRITER’s own smearing of Hasidim! pic.twitter.com/2bH5xEz2I4

But instead of trying to rectify things with their fans in the Jewish community, National Review simply continued to double down. It cast its critics as people with an an to grind against National Review, though many of us are big fans. And in a piece titled Our Stupid Times, Kevin Williamson went so far as to insult us for our outrage, writing that anyone who thinks that the article represents the views of the author is not a “mentally functional adult.”

He cast our grief as stupidity while himself misconstruing what we found objectionable. And when, to nobody’s surprise, this was met with more outrage, Williamson tripled down in a second piece and proceeded to call critics “ridiculous” and “dishonest.”

This back and forth has caused me to reevaluate my appreciation for what I had previously considered an honest and considerate publication. I feel betrayed by people who I thought to be intellectually honest. Even if they didn’t agree with the criticism directed at them, they at least should have engaged in a thoughtful debate, instead of lobbing childish insults at a community that is very vulnerable right now.

National Review didn’t only dehumanize us; they silenced us. Why would we try to speak up next time if our complaints are met only with scorn and derision?

It’s especially devastating because at a time of rising anti-Semitism, National Review has often taken a principled stand. They took on people like Congresswoman Ilhan Omar and Linda Sarsour when others wouldn’t. Their refusal to even listen to our concerns about their own anti-Jewish article makes their coverage of Omar and Sarsour seem like an opportunity to attack the left rather than a deep concern about anti-Semitism.

In fact, they could have looked to their own pages for analysis about their own failings. On January 2, National Review published a smart take by David Harsanyi on the victim-blaming that the national media engages in when Jews are being attacked. Aptly titled “Stop blaming Jews for Anti-Semitism,” the piece notes that victim-blaming and the negative stereotyping of (Orthodox) Jews is not an isolated issue but a common one even at large media corporations.

And conservative ones, it turns out.