What if a woman can’t win the presidency? 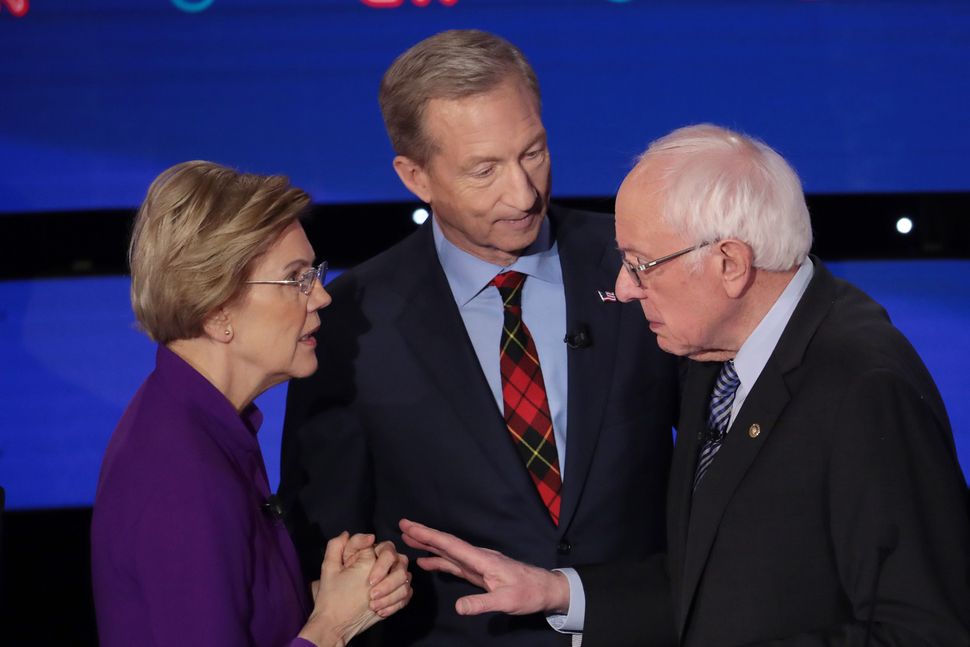 No matter how you slice it, the United States is a dinosaur when it comes to electing women to the highest office. Not only has the U.S. never elected a woman to serve as president, a woman has never served as vice president. Nor has a woman ever even temporarily become the head of state in the United States through constitutional succession, a state of emergency, or any of the other ways women have risen to the top of some of the roughly 70 countries worldwide that have been led by a woman. Our neighbor to the North, Canada, can at least brag that a woman was prime minister for four months.

Our numbers in other areas of government aren’t great, either. I was a college student when 1992 was declared “Year of the Woman.” Why? Because a whopping four women were elected to the Senate, and 24 to the House.

Decades later, in 2018, we set a new record when two dozen women won seats in the Senate and more than 100 in the House. That may sound good, but we’re talking about 100 out of 535 seats in total, even though women make up more than half the U.S. population.

The state level isn’t much better. In 2019, we had nine women governors of states and two women headed U.S. territories. That’s it. And it gets worse when we zoom in on certain minority groups: No black woman has ever been elected governor of any state in the union, no matter how red or blue.

These inconvenient facts are the backdrop for the mini-political dustup between progressive heroes Elizabeth Warren and Bernie Sanders, two top-tier presidential candidates earlier this month: CNN reported that Sanders had told Warren a woman couldn’t win the presidency. Sanders denied it, and Warren said it was true.

I won’t get bogged down in the fight over who’s telling the truth, because in such a charged political environment, just two weeks from the first votes being cast, it’s difficult to pin down. It’s especially hard given that it was a private conversation.

But let’s not pretend the sentiment is not shared by many, even those who won’t say so out loud.

Most Americans polled say they are ready for a woman president — but they are sure their neighbors aren’t. It’s the American way: admit bias against women without admitting bias against women: “I’m ready, but because my crazy neighbor isn’t, I don’t want to waste my vote on woman!” And it happens every single time.

In a tweet, conservative commentator Matthew Dowd clumsily tried to point out the unique challenge women have while trying to become president: “You know one clear way to demonstrate that you believe a woman can and should be president? Don’t try to defeat a woman running for President,” his tweet read.

You know one clear way to demonstrate that you believe a woman can and should be president? Don’t try to defeat a woman running for President.

He inadvertently treated women as though they are interchangeable, only the sum of their feminine body parts. “The stupidity and condescension of this tweet is staggering,” Pulitzer Prize-winning journalist Glenn Greenwald responded. “But anyone who believes it, yet worked to prevent Sarah Palin from becoming the first female Vice President, or Michele Bachmann from being the first female President, should admit they’re a misogynist and apologize.”

The stupidity and condescension of this tweet is staggering.

Every excuse imaginable has been used to deny women. There has been no end to the rationales used by those who want to downplay or ignore this truth by claiming that this woman just isn’t the right woman — when history is clear that not one woman has ever been considered the right woman.

We turned back Margaret Chase Smith in 1964 when she became the first woman to vie for the presidential nomination of one of the two major political parties as a Republican. We turned back Shirley Chisholm eight years later when she became the first black person to do the same as a Democrat. Although Hillary Clinton became the first woman to win the presidential nomination of a major party in 2016, we found a way to turn her back, too — even though she won the popular vote. Kamala Harris has already been turned back this election cycle, and the only women who seem to have a realistic shot at the Democratic nomination in 2020 is Warren, with Klobuchar having a puncher’s chance.

A full century after the 19th Amendment guaranteed women’s right to vote, the U.S. hasn’t been led by a woman. Yet here we are in a news cycle where people are pretending to be shocked that women trying to become president face unique challenges.

Every woman who has thrown her hat in the race has been denied, no matter how qualified. The most perverse truth of them all is that it hurts women more than men when these facts are mentioned. It’s just the American way: heads men win, tails women lose.

What if a woman can’t win the presidency?