Russia is spreading lies about the Holocaust 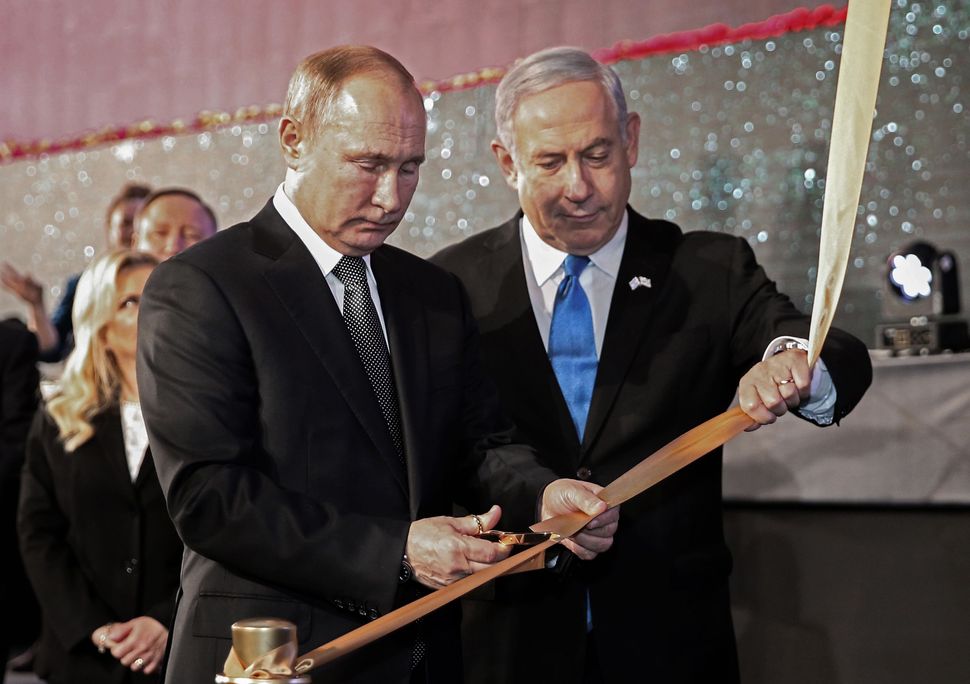 The 75th anniversary of the liberation of the Auschwitz-Birkenau camp on January 27 will be marked with a ceremony at its gate, close to the ruins of gas chambers, crematoria and prisoners’ barracks. This anniversary may be the last one when some two hundred of the former camp prisoners will be able to come; with every year that passes, we lose more survivors. So it is fitting that the survivors are the most important participants of this event. Meanwhile, political leaders will be given a respectful but lesser role.

There will be many leaders in attendance. The yearly January 27 ceremony, organized by Poland for many years, have become increasingly international since the 1989 revolutions, with many heads of states and high level delegations attending. It reflects not only the efforts of the Polish government, but a broader readiness for internationalization of Holocaust remembrance. What is called today the International Holocaust Remembrance Alliance was founded in 2000, and now includes 34 member states and several observers. And 15 years ago, the United Nations General Assembly voted to designate January 27 as International Holocaust Remembrance Day.

This trend toward international unity and cooperation in remembering the Holocaust has been welcome, lending hope in the fight against forgetting. Unfortunately, it’s not a universal one. The World Holocaust Forum, another Holocaust remembrance initiative, is having its commemoration in Jerusalem this year, bringing in delegations from 49 countries, including 41 heads of state. It is the largest diplomatic event in Israel so far.

But rather than a unified affair, the event has been stained by a bitter dispute between Poland and Russia. Poland’s President Andrzej Duda decided not to attend because of a series of speeches by President Vladimir Putin of Russia, a main speaker at the Jerusalem Forum, in which Putin blamed Poland for alleged complicity in causing the World War II and conspiring with Hitler to exterminate the Jews. “Essentially they colluded with Hitler. This is clear from documents, archival documents,” Putin told Russian defense leaders at a meeting.

Putin’s words were shocking for their a-historical revisionism. Far from an instigator, Poland was the first victim of Nazi aggression; the German attack against Poland on September 1, 1939 marked the beginning of the war. In fact, this act of war was accomplished with the consent of the Soviets. In 1939, Poland refused Hitler’s offer to join together against the Soviet Union, while Stalin accepted Hitler’s offer to partition Poland. Hitler had prepared Germany for war for a long time, but he gave the orders for attack when his minister of foreign affairs returned from Moscow with the Ribbentrop-Molotov non-aggression treaty of August 23, with its secret protocol defining the partition of Poland and division of all of Eastern Europe between the Baltic and the Black Seas into the German and Soviet spheres of influence.

For its resistance to Nazi Germany Poland paid the highest price, invaded by the two strongest armies of Europe. The Soviet Union made territorial gains, annexing half of Poland, three Baltic states and Romanian Bessarabia. The fact that it incurred horrible losses later on, when Hitler broke the treaty and attacked it in June 1941, and made the greatest contribution to the eventual victory over Nazi Germany in 1945, does not change the origins of the war.

And while it’s difficult to admit to such misdeeds, since 1989, Poland has seen great progress in studies on Jewish history, including surrounding this darkest time and the crimes committed. There were several national debates on these topics; they were serious and sincere and painful at times. In coming to terms with difficult past, Poland has gone further than most other countries in post-communist Europe.

These efforts even generated a backlash, which culminated in the infamous “Holocaust complicity law” in 2018, which penalized statements on the alleged complicity of Polish state or nation in the Nazi crimes. The law was rightly opposed by Polish scholars, including the Polish Historical Association, and generated much criticism abroad, and the most controversial fragments were ultimately retracted.

But this incident in no way justifies the lies that the Russian campaign has begun to spread. It seems clear that its goal is not to fight anti-Semitism, but rather to sow confusion and disunity in the West.

Commemorations of the past should be about the present serving the past, not the other way around. The Holocaust should not be abused in service of current politics, and international cooperation in Holocaust remembrance should stand on a solid foundation of truth.

Dariusz Stola is a historian, professor at the Polish Academy of Sciences. In 2014-2019 he was the director of the Polin Museum of the History of Polish Jews in Warsaw.

Russia is spreading lies about the Holocaust