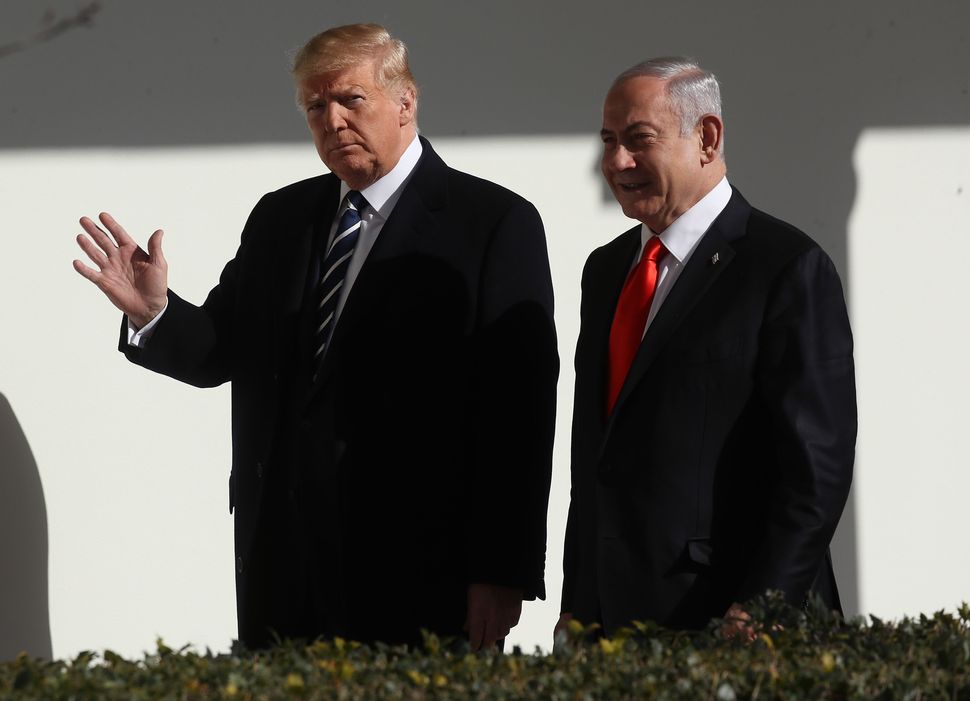 I have no idea what will be in the plan. But before exploding in a paroxysm of indignation because the plan does not look like what “everyone knows” peace will look like, here are five practical dos and don’ts for weighing whether it’s good or bad.

Don’t dismiss the plan out of hand just because it’s Trump.

Yes, Trump’s default mode is impulsive, belligerent, demagogic, and I think we can fairly say authoritarian. But even a broken clock is right twice a day.

Bill Clinton and Barack Obama were very polished, sophisticated clocks, but their peace plans imploded in the worst violence of the last 20 years. Look at the plan on its merits and disconnect it from the psychodrama of the Trump presidency.

Be realistic and admit that there might not exist a solution to the Israeli-Palestinian conflict.

The “two-state solution” may not end the conflict. There is not a smidgen of evidence the Palestinians have given up on a “right of return” for millions of refugees to Israel-proper, and that even an evacuation of 400,000 settlers to the Green Line will induce them to declare the conflict over.

So don’t judge the conflict by whether it “solves” an unsolvable conflict. It remains almost axiomatically true that the most that Israel can offer the Palestinians is less than they can accept, and vice versa.

Since nothing can “solve” the conflict, ask instead whether the Trump plan shrinks it.

This is the paradigm shift that Micah Goodman calls for in his bestselling book, Catch-67. Don’t think in binary terms, think of a spectrum.

Some diseases are incurable but there are ways to make them chronic, or livable. Because we’re all paying a price by dragging out the status quo waiting for the conditions to ripen for the mythical treaty that will end the conflict.

Interrogate whether the plan allows for Israel to safeguard its vital interests.

Like any good liberal, I also want the Palestinians to be free, just not free enough to fire rockets at Tel Aviv. Because like any human being, I also want to live.

A total Israeli withdrawal from the West Bank risks importing the anarchy of the Middle East to the doorstep of Tel Aviv, which would be intolerable. But an annexation of Area C, leaving dozens of Palestinian “autonomous” islands in a Swiss cheese block of Israeli sovereignty, would also be unacceptable.

Admit the obvious: Israel has won the Israeli-Palestinian conflict, and the Palestinians have lost.

Throughout history, the victors have always dictated the terms of peace. Is this fair? Maybe. Is this how the world works? Yes.

Conflicts don’t end when both sides agree they’re tired of fighting, they end when one side recognizes it can’t go on and should settle for what it can before things get worse.

The peace settlement that the Allies imposed on Germany after the Second World War was not as punitive as Versailles, but it forced Germany to make major territorial concessions, barred a return of refugees to central and eastern Europe, and imposed a military occupation that only ended once it was clear that Germany was no longer a threat.

If you close your eyes and think of Middle East peace, the iconic image is of Yitzhak Rabin and Yasser Arafat shaking hands at the White House nearly 20 years ago.

So much has changed since. The Oslo process and Camp David summit exploded, literally, in a wave of suicide bombings. The Disengagement was followed by rockets flying further than the worst doom-mongers dared predict. And Arab states have realized that Israel might be the key to their prosperity and survival. They have no appetite to fight the Palestinians’ war for them.

I haven’t the foggiest clue what the Trump plan contains. By the time you read this, I might be angrily tweeting about its drawbacks and follies. But before ripping it apart, we should unpick it — and be honest with ourselves about what can and can’t be done.

Even if this does end up being the “deal of the century,” it won’t solve the Israeli-Palestinian conflict. But it’s quite possible that nothing will. So what then? Take on a sensible, centrist, pragmatic way of thinking about that fateful challenge.