Letter | Sanders ignores anti-Semitism for his own political ambition 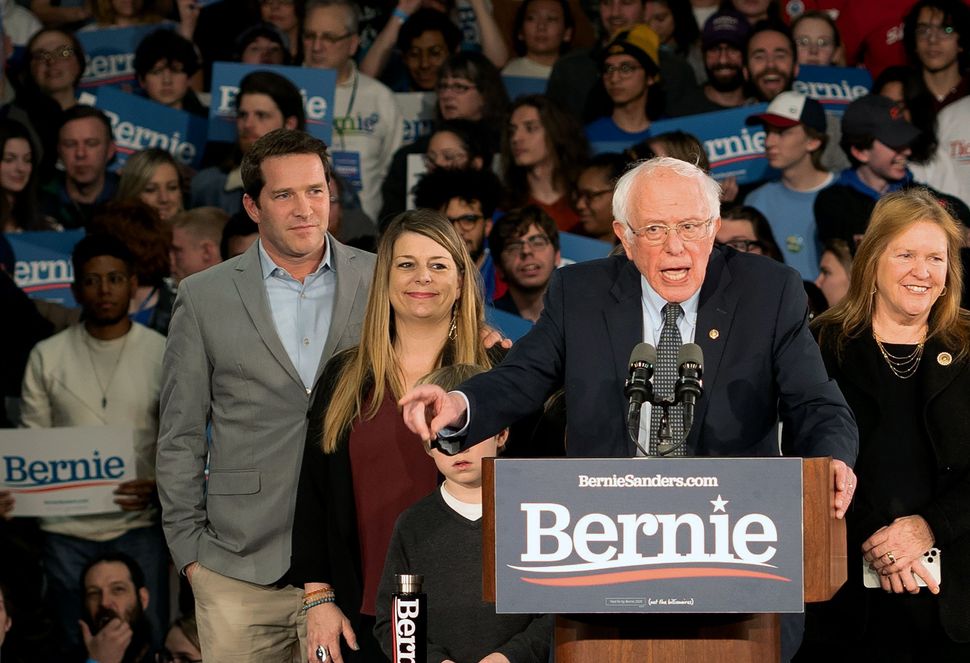 Democratic presidential candidate Vermont Senator Bernie Sanders speaks to supporters as they wait for results to come in at his caucus night watch party on February 3, 2020 in Des Moines, Iowa. (Photo by kerem yucel / AFP) (Photo by KEREM YUCEL/AFP via Getty Images) Image by Getty Images

I have read Joel Swanson’s recent pieces in the Forward speculating why he thinks Sen. Bernie Sanders scares the beejesus out of American Jews.

Until now, I only knew Swanson as a scholar of modern Jewish intellectual history, especially of a fine analysis of Bernard Lazare, who made the transition from what might be called “a self-hating Jew” to a defender of his people in the crucible of the Dreyfus Affair of the 1890s.

He does not seem to know as much about U.S. politics.

Swanson should not accept at face value Sanders’ protestations that he doesn’t love Israel less, just justice and the Palestinians more. Swanson also seems to accept without examination Sanders’ knee-jerk embrace of every leftist foreign policy slogan from “better red than dead” and unilateral nuclear disarmament to the second coming of Simon Bolivar in Castro’s Cuba or Hugo Chavez’s Venezuela.

In 2016, 91% of Americans said they are willing to vote for a Jew for president, up from 46% in 1937. Even into the the 1960s, polls showed that more Americans were open to voting for a theoretical Catholic, female or black candidate than a Jewish one.

Sanders is the beneficiary of a long-term drop in anti-Semitic political attitudes in the U.S. since World War II. In the intervening decades, Jewish politicians whose names are now mostly forgotten — Abe Ribicoff, Milton Schapp, and most recently Joe Lieberman — looked like they had a shot at becoming the first Jewish president.

Now Sanders must feel in his bones that the rise of Donald Trump is forcing a shotgun marriage between the benign long-term drop in anti-Semitism and the resurgence of democratic socialism in America — for the first time since Norman Thomas or Eugene Debs.

Nothing is more important to Sanders than hitching his own political wagon to the renewed conjunction of American and Jewish leftism. No price is too high to pay for it — certainly not casting a blind eye to new anti-Semitism or “anti-Zionism” (you pick the term) on the left.

Swanson ought to re-read his own scholarship on Lazare to remember how such tortured rationalizations worked in the 1890s — and still works today.

Letter | Sanders ignores anti-Semitism for his own political ambition