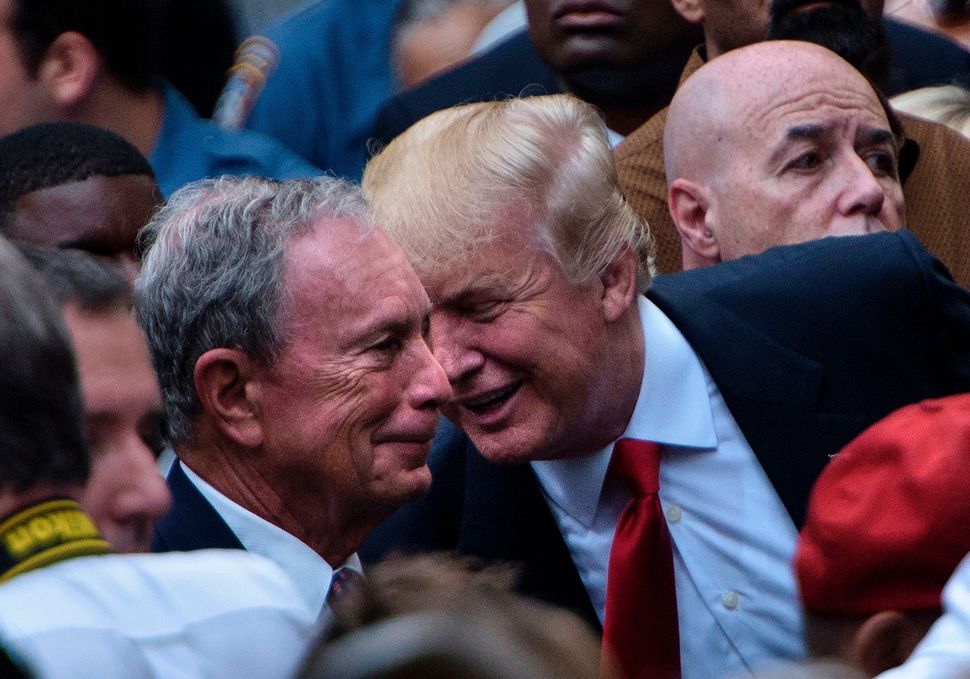 Vermont Senator Bernie Sanders has ridden a polling upswing and winning the most votes in Iowa and New Hampshire to a tenuous but undeniable status as the Democrats’ 2020 front-runner. In response to Sanders’ rise, party leaders and media figures have expressed dread at the prospect of being led by a democratic socialist who has stood to the left of party orthodoxies on several issues and whose base of support owes almost nothing to endorsements, big-dollar donors, or favorable mainstream press coverage. Often, this fear is expressed as a concern over “electability,” despite the many polls showing Sanders performing about as well as the rest of the field against Trump (and sometimes better). But some observers have gone a step further, suggesting that Sanders is the Trump of the Democratic Party — an outsider figure loathed by elites and potentially unpalatable to segments of the electorate the party needs.

It’s certainly true that Sanders is to the left of most of the party leadership on health care, inequality, and foreign policy. Some of his proposals would be damaging to important donor constituencies in the health care, finance, and tech industries. But over 30 years in Congress, he has consistently caucused with the party and supported its leadership on major legislation, saving his dissents for hopeless cases like opposition to the Iraq War.

But there is a Trump figure in the Democratic primary — it’s just not Sanders. It’s billionaire former New York mayor Mike Bloomberg.

Vastly richer and more experienced in government than Trump, Bloomberg shares with the president a history of flexibility in his party identity (only registering as a Democrat in 2018, after moving into and out of the Republican Party during his term as mayor), a willingness to donate to candidates in the other party, and a raft of past views that he will have to shed to compete in a party primary.

But more importantly, Bloomberg seems to be repeating Trump’s big wager from 2016: that the major party he’s just joined is a dysfunctional shell of consultants and donors, a distressed asset waiting to be snapped up and remade by an aggressive business strategy.

While Trump’s hostile takeover of the Republican Party started as a media campaign, bypassing party gatekeepers, Bloomberg has instead used his largesse to co-opt Democrat-aligned groups. His campaign spending has been so lavish that it has sucked up talent and resources from down-ballot races, causing worries that Democratic candidates will be damaged. It’s hard for cash-strapped state parties or 23-year-old field organizers to turn down the sums Bloomberg is spending, and, as his mayoral campaigns showed, it’s hard for organizations who have benefitted from his wealth to turn around and oppose him.

At the same time, Bloomberg has been running a television and social media campaign of unprecedented scale, dominating the attention of relatively less-engaged voters and crowding out his primary opponents. If Trump broke the rules for how candidates use free and social media, Bloomberg is “working to bury the [chess] board with a gusher of cash so overpowering that everyone forgets how the game was always played in the first place,” as The New York Times put it.

In this way, Bloomberg is poised to repeat the second element of Trump’s success: brushing off a history of positions that are toxic to the party’s base. Trump overcame a history of donating to Democrats and supporting legal abortion with an ease that surprised some pundits. Bloomberg, similarly, has donated heavily to Republicans (about $18 million since 2012). In a period when grassroots Democrats have shown greater concern for inequality and labor rights, he amassed a long record of opposing labor unions and minimum wage increases, even contracting with a company that used prison labor to make phone calls on behalf of his presidential campaign.

While progressive activists have sought to raise the profile of police brutality and criminal justice issues, Bloomberg consistently defended the “stop-and-frisk” strategy that targeted New York’s minority communities. He even blamed the 2008 financial crisis on the end of “redlining,” the illegal practice of denying mortgages to predominantly minority neighborhoods.

But there may be nowhere Bloomberg’s history contrasts more glaringly with Democratic Party rhetoric — and veers closest to Trump’s own history — than on issues of sexual harassment. Bloomberg’s financial news company has been the subject of nearly 40 lawsuits from 64 women alleging harassment and hostile work environments, with the candidate’s own conduct frequently drawing criticism. “It’s a f—-ing baby!” he allegedly told one employee who was concerned about childcare. “All it does is eat and s — -! It doesn’t know the difference between you and anyone else! All you need is some black who doesn’t even have to speak English to rescue it from a burning building.”

This is the sort of sexist-racist bank-shot that would have been, once upon a time, a major problem for a candidate, in either party. But after Trump showed that the family-values rhetoric of the GOP was flexible enough to embrace a standard-bearer with an extensive and documented history of vile behavior toward women, Bloomberg is testing whether the resistance of the Democratic electorate is just as weak.

Whether this is true remains to be seen. But it’s not hard to see why Bloomberg considered it worth the risk. Just as Trump saw an opportunity in a major party that was not much more than donors and consultants layered over a cable news audience that distrusted its own nominal leaders, Bloomberg is confronting a Democratic Party whose left wing is institutionally weak, whose grassroots organizations are propped up by issue-based volunteerism, and whose national leaders are loved only by donors.

A Sanders nomination, let alone presidency, would have no choice but to work with this constellation of forces. Bloomberg can afford to acquire or replace them wholesale.

Democratic elected leaders may be tempted to flee to Bloomberg as an “electable” opponent for Trump, but that safety will come at the cost of becoming interchangeable employees in a personal political organization, much as Republican officeholders have become. One key difference is unlike Trump, Bloomberg has opinions on many policy issues and will be unlikely to simply default to party orthodoxy. And while Trump has mused about serving more than the constitutional limit of two terms, Bloomberg has already shown a willingness and ability to overturn term limits as mayor of New York.

In 2016, some conservatives warned that nominating and electing Trump would validate liberal claims that Republicans don’t really care about small government or free markets but are primarily motivated by racial and gender resentment. A Bloomberg nomination would be evidence of a similar critique of the Democratic Party: that for all its stated concern for racial and gender justice, the perils of inequality, and the dangers of money in politics, it’s really just a vehicle for advancing the economic and psychological interests of upper-middle-class white liberals.

Bloomberg was able to use his wealth and policy choices to dominate a heavily Democratic city for over a decade. Now we’ll find out if a national electorate will accept the same deal.

Benjamin Dueholm is a Lutheran pastor and author of Sacred Signposts: Words, Water, and Other Acts of Resistance.