The media erased black voters. The left has to learn how to see them. 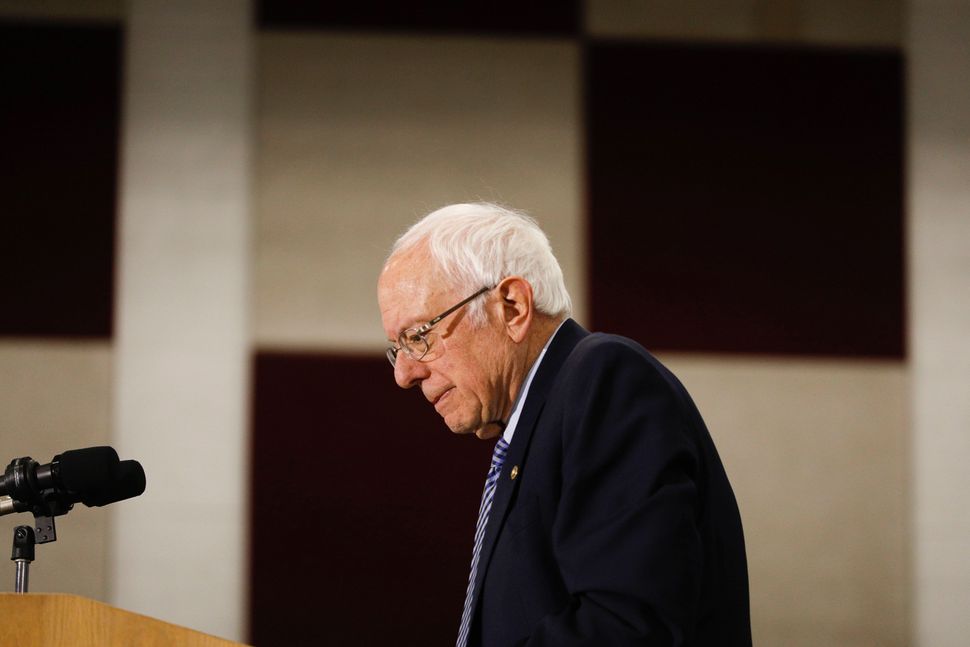 Tuesday night, former Vice President Joe Biden followed up a strong Super Tuesday with another dominant electoral performance. Biden won by wide margins in Missouri and Mississippi, and then beat Bernie Sanders in Michigan, the state where the Vermont Senator was effectively holding his last stand.

Even though Sanders announced this afternoon that he will remain in the contest, this race has radically and permanently changed since the Nevada caucuses. At that point, pundits considered Sanders the likely nominee, and some had already written off Biden’s campaign. But that prevailing post-Nevada narrative was representative of how the media treated the entire race — with black voters as an afterthought. Pundits believed that Biden’s campaign was over without even stopping to think about how South Carolina would impact the national numbers.

It was par for the course in a race where candidates such as Pete Buttigieg, Amy Klobuchar, and Elizabeth Warren were all discussed as heavy hitters while mostly polling in the single digits with black voters.

But it was also nothing new. For the past 30 years, the Democratic nominee has won black voters nationally, a demographic whose growing electoral strength in the Democratic primary is due to black voters’ propensity to vote as a bloc and their geographic distribution in the southern states.

And yet, even though black voters’ electoral power was on clear display in the 2008 and 2016 primaries, they were largely ignored in favor of young white voters. The media spent an inordinate amount of time talking about how young white voters had moved to the left, and how the Democratic nominee would have to move along with them.

This time round, a number of campaigns made the mistake of believing that young white progressives would dictate the primary process, only to later change course. Elizabeth Warren denounced Super PAC money early on, and then reversed herself late in the race. Kamala Harris signed onto Sanders’ Medicare for All plan after announcing her campaign, only to waver weeks later.

But when the country actually started voting, it turned out that the youth wasn’t turning out at nearly the rates of their older counterparts. Not only was the electorate older than expected, it was also more moderate; the suburbanites who had powered Democrats to wins in the 2018 midterms turned out at high rates in the 2020 primary.

This phenomenon led to lopsided results in several states, but especially in the sun belt states like Virginia and North Carolina which have an increasing amount of black and suburban voters, demographics which have become core staples of the Biden coalition.

Wrapped up in the media hype of the young white progressive voters were Iowa and New Hampshire. The opening early states got the race dramatically wrong, with Biden finishing in fourth and fifth place respectively. And the media exaggerated the electoral importance of both states and elevated candidates like Buttigieg and Klobuchar who had no standing with black voters.

But pundits had been primed to make this huge mistake by another one: learning the wrong lesson from 2016. One of the key post-2016 narratives was that Sanders was strong with the white working class because they were fed up with the Democratic establishment’s views on economics. Pundits believed that the only way to win this demographic was with a Sanders-style populist.

That narrative’s shelf life came to an end on Tuesday, when Joe Biden ran up a lead with rural white voters against Bernie Sanders.

I see some pundits arguing that suburbanites & college-educated voters—even some #NeverTrump-ers—delivered the D nod to Biden. I think that’s wrong. Look at the data and it’s pretty clear that rural, working-class whites fled the Sanders campaign en masse. They’re why Biden won. pic.twitter.com/u1oz2zwSql

This result should force pundits to rethink 2016. The white working class clearly wasn’t clamoring for socialism; they were issuing protest votes against Hillary Clinton. It could be that they perceived Clinton as more socially or culturally liberal, but the more likely option is that they were penalizing her for her gender. It became taboo to blame sexism for Clinton’s poor showing with white working class voters, but Biden’s performance with that demographic, coupled with their similar policy platforms and backgrounds in the Obama administration, seems to confirm it.

But perhaps the biggest way the media missed the boat in 2020 was through never seriously questioning Sanders. It was always assumed that he’d grow his base beyond his core demographic of young white supporters. And by Nevada, Sanders had indeed improved with Latino voters, but he was doing worse with white voters, and he never improved his tepid black voter numbers from 2016.

The anti-establishment message was toxic for black voters who had seen the party establishment fight for civil rights protections and win. And the rhetoric around upending the economic system was never going to attract suburbanites who like their healthcare plans but don’t like Trump for social or cultural reasons.

Although the media made a mistake assuming that Sanders would automatically grow his 2016 coalition, that doesn’t mean that the left is doomed with black voters forever. The left can make some strategic changes to make in-roads with black voters over the long term.

An important first step would be for the left to drop its adversarial anti-establishment messaging and commit to working within the party. Black voters like the Democratic Party and view the establishment as partners in protecting civil and voting rights, not as enemies.

The second step would be for the left to build infrastructure within the South. This will take years, perhaps even a decade, but the left has long ignored the south in favor of more ideologically comforting enclaves. Organizing and party building must take place in the sun belt.

Third, the left needs to drop the “class over race” framing. It has to show people that they care about how racism impacts their reality, and that it isn’t just a distraction.

Lastly, leftist groups have to do the hard work of diversifying both their membership and leadership. Leftist organizations like the Democratic Socialists of America are overwhelmingly white, which can turn off black voters before they even hear their message. The left might be down now, but it should understand at this point that diversity is key to its political future.

The way that the 2020 primaries have played out should lead pundits to rethink their prior beliefs about the Democratic electorate. Black voters were again decisive, voting as a bloc in favor of the establishment candidate. Suburbanites ended up being a bigger portion of the electorate than expected, and they were not in favor of the Sanders revolution either.

Perhaps most surprisingly for the media, Biden has had no problems with the white working class. They were not pushing for a populist after all — and now everyone is left wondering about how much sexism really played an impact in the 2016 race.

Iowa and New Hampshire, where young, progressive white voters star, were less important and less predictive than ever. The rising Democratic coalition appears to be people of color and college educated white suburbanites. And if we want to get our next primary predictions right, we’d better pay attention to their political preferences.

The media erased black voters. The left has to learn how to see them.