Panic is gripping my Orthodox community as we navigate the plague 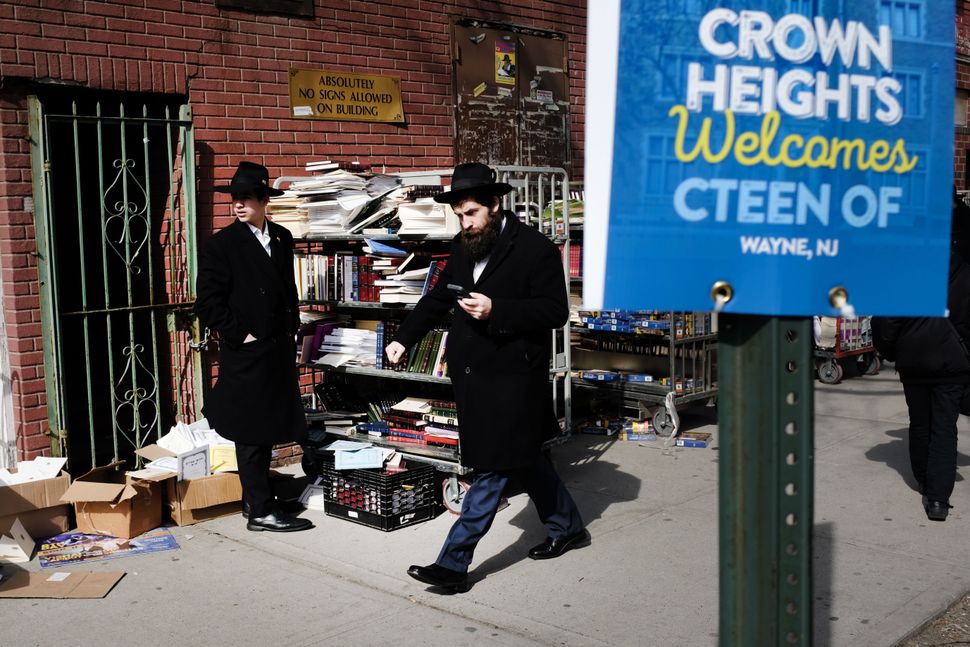 It’s hard to overstate how serious it was for Rabbi David Cohen, senior halachic authority in the Flatbush area of Brooklyn and nationwide, to cancel all shul-related activities due to the coronavirus outbreak. And yet, that’s what happened.

On Tuesday, he sent out a letter stating that all remaining schools which had not yet closed must do so immediately, and that all shuls must also cease operating and cancel prayer services for the foreseeable future. He also insisted that anybody who does pray in a shul in the proximity of others is transgressing serious Torah prohibitions by endangering himself and others.

Letters from the rabbi Image by Courtesy of the Author

This is, in our community, a drastic step. It not only impacts prayer services but a huge part of people’s daily routines. Torah classes a hugely important part of our community’s life, and shuls function as the center of social life for our community.

There are people in every community who have not been taking the coronavirus as seriously as they should have. This halachic order has finally made them realize how important social distancing is.

While on Sunday there were still huge weddings with people in close proximity to each other, by Monday night, a backyard wedding I attended was only allowing shifts of 50 people at a time to come in. Guests had to come dance with space between each person and then quickly leave to make space for the next shift. Some brides and grooms have now requested that all those who had been invited to their weddings not to attend except for immediate family.

But there will also be other huge costs to taking these precautions. Take for example, my friend Kalman, a 96-year-old Holocaust survivor who has not missed any of the three daily prayers with a minyan since his release from Bergen-Belsen. Now, he will have to pray on his own. He will also have to study the daf yomi, the daily Talmud portion, by himself instead of attending his regular class. I’m sure that for Kalman, the suspension of public prayer services will bring back traumatic memories of fear and disconnection.

Then there’s the economic costs of small business, and the question of what happens when Passover comes around. Most local Pesach hotels have called their customers to let them know that they will not open up this year. With only three weeks until Passover, this has thrown many people into crisis mode.

While some people who booked their stay realized early that the hotels would probably have to shutter, many held out hope; they had already paid for their stay, and the prospect of having to pay for all the groceries and other things necessary to make pessach at home was too daunting. These costs are almost impossible to begin with, even if you haven’t already paid for a hotel.

This morning, the lines at local groceries were even longer than last week. At 6:30 in the morning, there was a line outside a store that went all the way down the block — even though the store doesn’t open until seven. By the time I arrived, they had already run out of chicken, and the store decided not to put more on the shelves. Instead, there was a line of people who were handed chicken packages, and there was a limit per customer. Line at the grocery store

“They might stop [kosher slaughterhouses] from operating until we get it under control,” one customer who had three shopping carts filled with meat and poultry told me. Others shared the same fear — that we may have a kosher meat shortage for the foreseeable future.

Then there’s Hatzalah, the volunteer emergency ambulance service. Almost all Hatzalah members are volunteers who have other jobs and moonlight as EMTs as a service to the community. Volunteers I spoke to worried about contracting the virus from people who call them who hadn’t described their symptoms accurately. It’s already happened — some have already contracted the virus and are now in quarantine.

And yet, despite the caution many are taking and the rabbinic edits, there are still people who do not yet realize the severity of this danger. There are still some shuls operating and some stores that have no limits on the number of customers that they allow in.

Hopefully, it will not take a personal tragedy for them to finally wake up.

Rabbi Eliezer Brand is a talmudic Researcher and teacher and resides in Brooklyn with his wife, son and two daughters.

Panic is gripping my Orthodox community as we navigate the plague