The ultra Orthodox leadership’s shameful abdication of its responsibility 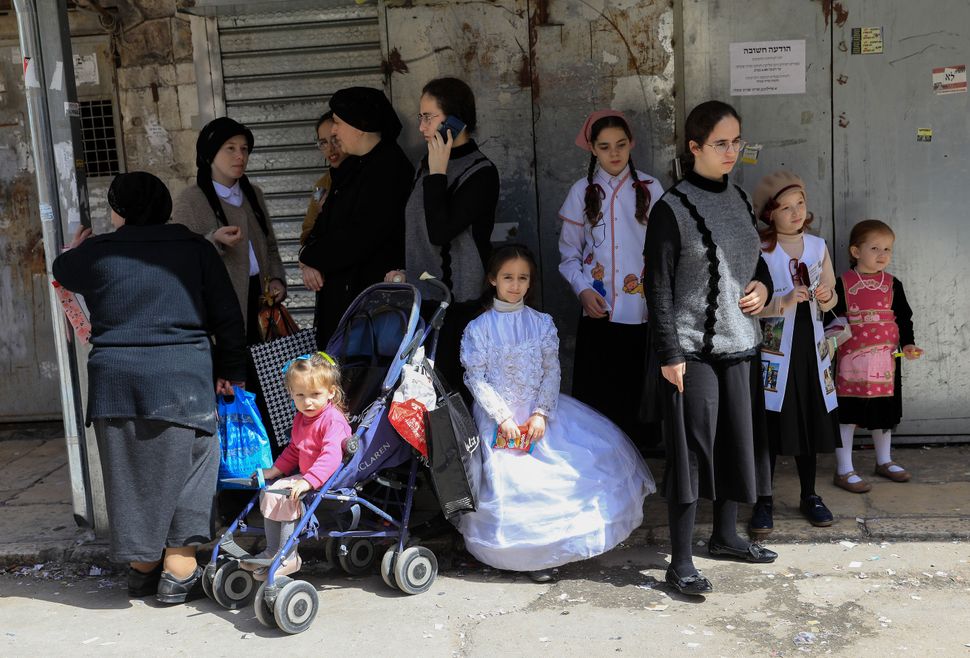 A young girl dressed in costume sits amongst a group of women during the feast of Purim in the ultra-Orthodox Jews neighbourhood of Mae Sharim neighbourhood in Jerusalem on March 11, 2020. - The carnival-like Purim holiday is celebrated with parades and costume parties to commemorate biblical story of the deliverance of the Jewish people from a plot to exterminate them in the ancient Persian empire 2,500 years ago, as recorded in the Book of Esther. (Photo by Emmanuel DUNAND / AFP) (Photo by EMMANUEL DUNAND/AFP via Getty Images) Image by Getty Images

“Stay at home,” we were told yesterday. Other than for instances of critical need, Israelis are not to leave the house.

Many of us have already been here, as schools were cancelled last week after three days of Purim vacation. For my family, that came on the heels of already having been quarantined in home after returning from Spain.

The rules have gotten more restrictive as Israel mounts a herculean effort to stop the spread of coronavirus. First, it was a shutdown of all restaurants, cafes and theaters. Then, limits on gatherings to no more than 100, then 10. Now public transportation will be limited during the day, non-existent during nights and weekends.

As we adjusted to these new rules, understanding that relying on grandparents to watch children could well be killing them, many of us watched in absolute horror as our ultra-Orthodox brothers and sisters attended weddings by the hundreds — children and older people dancing and singing in close proximity.

Israeli police arrested a man in Bet Shemesh for organizing a wedding which had at least 150 participants.

Health Ministry guidelines only allows gatherings of up to 10 people. #coronavirus #COVID2019 pic.twitter.com/9Pnrqa4oEj

We, who have access to the internet and watch the news, know that this virus spreads like wildfire. We see the videos from Italy, the testimonies from doctors, and the personal pleas from people people who never thought it would happen to them, who are now fighting for their lives. We have Twitter, and Facebook and CNN.

The ultra-Orthodox have none of these. They don’t look to The New York Times or the Times of Israel for news; they look to their leaders. And their leaders are failing them.

The community runs on community. Men pray together three times a day, they learn and work together. Women visit the sick, take care of children and socialize with others often. News comes from newspapers that are highly censored and which don’t discuss things like health or the outside world. Neither do schools — certainly not a disease ravaging East Asia and Europe. Science is hardly taught at all. What is often taught, however, is that the secular government is not to be trusted.

A tight knit community that functions in close contact on a daily basis that has no access to outside information and where distrust of authority runs deep is rife for the spreading of a pandemic. Add to that the deep belief that their way of life is what sustains them and you have people who won’t change it until something dramatic happens. 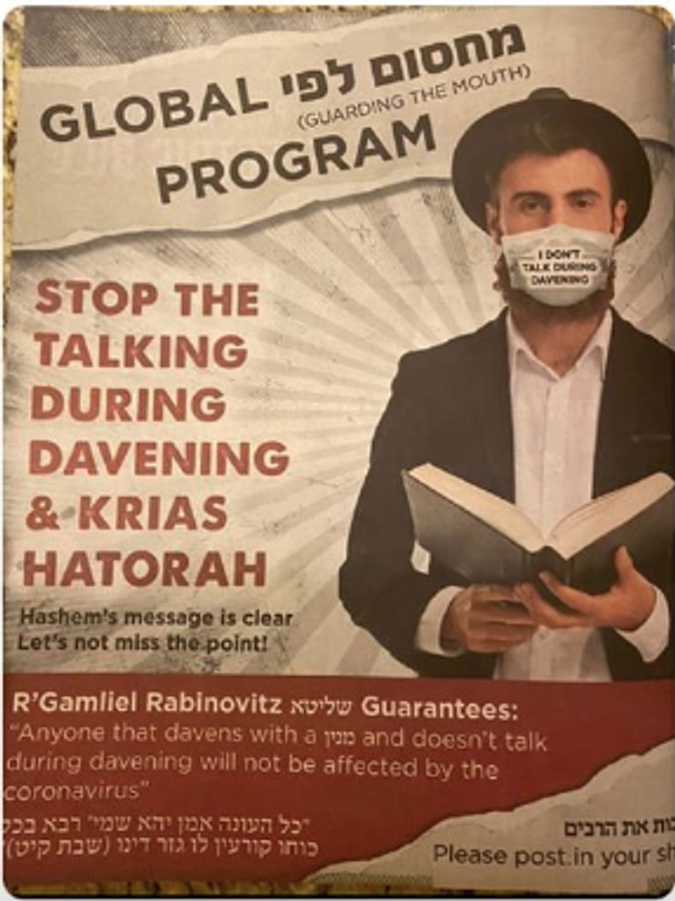 Agudat Israel Torah Council calls on their community to follow all instructions of the medical advisors. Image by Courtesy of the Author

Their leadership should know better. Leadership is supposed to shepherd the flock, to protect them from things outside and warn them when they must change practice inside.

It is the leaders who must be aware of threats to the community and to know when to order a shift in practice, and it is them I blame for what is about to occur. When we see hundreds if not thousands of ultra-Orthodox become ill with this virus, it is they who must answer for their deeds.

While Modern Orthodox schools and shuls have been shuttered for weeks, yeshivot took far longer to act. In New York, it took the police to close a shul.

It’s not everyone. To give credit where it is due, some are finally coming around. Synagogues are now being closed, schools have been canceled, and all unnecessary services closed. But in New York, it wasn’t until Tuesday that Chabad mikvehs and shuls were ordered closed. 770, Chabad headquarters in Brooklyn, was open up to the evening of the 17th, and finally closed only after an outcry.

Letters are going out, and people are now starting to take action (this might have something to do with the phone call from the White House to major haredi Jewish leadership). Still, others are defiant. Some are individuals like a neighbor on my street who is arranging an engagement party for their child. Others invite people to weddings and ask them not to tell anyone, like the parents of a bride and groom (arrested Tuesday night after the wedding).

It’s true that there were plenty of people on the beaches and in the parks of Israel, and in the bars of New York until just before the government shut them down. But these people made that (stupid) personal decision after being informed.

The ultra-Orthodox are being misled by their leadership, and the culture that says they must follow.

Frimet Goldberger, an activist and former member of the Kiryas Joel hassidic community, fears for her family’s lives, and has begun calling those who endanger them by name. I grieve for the people who are going to be sick, who are going to die. The children who will infect their bubbes and zeydes. It is so horribly unnecessary.

Two weddings happened last night, after schools, shuls and mikvehs were ordered shut: in Keren V’Yoel Moshe in Kiryas Joel, where they shut the lights outside so authorities wouldn’t suspect anything, and in Raleigh Hotel in South Fallsburg, NY, where hundreds of people held 2/

I only pray that God is merciful and that this acts as a wake-up call for a wonderful community whose trust is misplaced in people who do them hard instead of protecting them.

The ultra Orthodox leadership’s shameful abdication of its responsibility