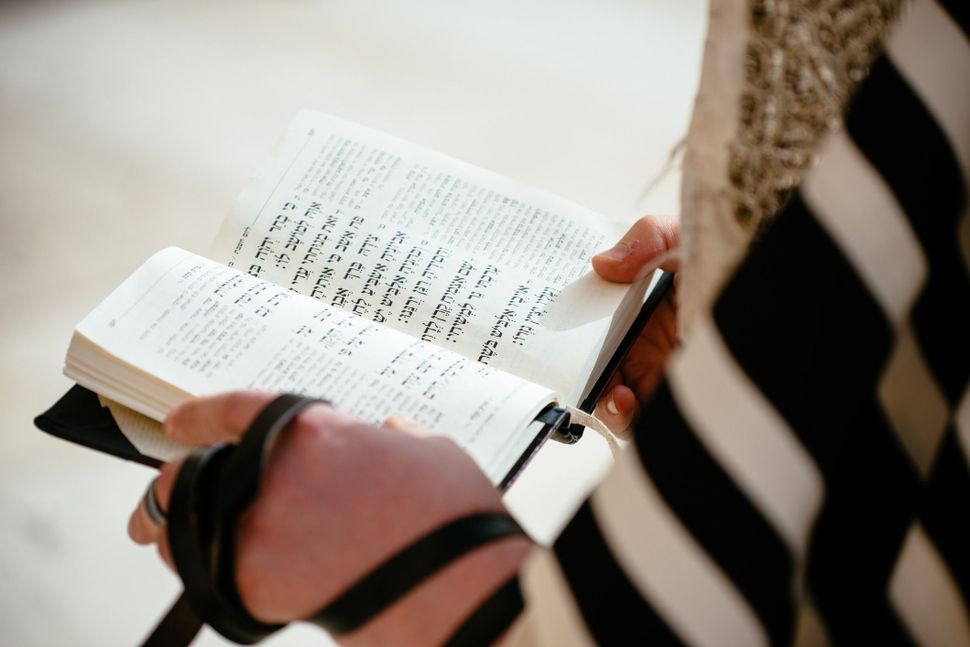 Like most people with relatively normal lives, I enjoy being at home. My wife is there (at least when she’s not working), my bed is there, my chair, a well-stocked pantry, a kitchen that the missus sometimes lets me take over, a few adorable grandkids and their likewise adorable parents a few blocks away.

I’ve read somewhere that a mentally healthy individual is someone who is happy to go to work in the morning and happy to leave work for home at day’s end. That’s me.

Alas, as the bard has sung, things have changed. Home has gone, for me as for so many, from sanctuary to something more like penitentiary.

One of the things I most looked forward to B.C. — Before Corona — was the first trip of the day, a brisk three-minute walk to a nearby shul, where I have been part of the sunrise — or vasikin — minyan_. More about vasikin in a bit. Because the time of sunrise minyanim varies over the course of the year — services can start as early as five am or as late as seven am — they tend to attract a serious, dedicated group of participants. I was humbled to join one such group several years ago.

This morning, with all the local shuls shuttered and locked as per health and rabbinic authorities’ insistence, I still got up early enough to reach the Amidah, the pivotal prayer of the morning service, at the moment of dawn.

Ideally, a Jewish man should pray with a minyan, a prayer-quorum of ten. But local rabbinic authorities, like others across the city, state and country, had rendered their decision that, in light of the coronavirus, until further notice, “ideal” meant praying at home.

The house was quiet, as was the street outside. I took my time donning my tallit and tefillin at the dining room table. I opened my siddur and began to recite the Psalms traditionally said before the Sh’mah and, shortly thereafter, the Amidah.

It was deliberate, unhurried prayer. I was able to say every word distinctly, to pay closer attention to what I was doing, to stop and think at every blessing and beseeching, to connect in a way that, frankly, often eludes me in the synagogue. There was, I thought to myself afterward, an upside, at least on a spiritual plane, to this quarantine business.

The credo of the Talmudic personality Nachum Ish Gamzu seemed to float in the air: “Even this is for the good.”

Like everyone, I hope that our current crisis passes well before the experts are predicting it will. And, when it does, I will try to bring some of the specialness of my at-home service into prayers recited, less leisurely, perhaps, but more properly, with a minyan in shul. In the meantime, though, something occurs to me: The current situation may present an even greater gift than the ability for sequestered people to pray with more care and concentration. It might offer us Jews, whatever our affiliations, attitudes or levels of observance, an unprecedented opportunity to join together as one, not in space, but in time.

Jewish mystical texts refer to the universe as consisting of three domains: olam, shanah and nefesh, which loosely translate as “space,” “time” and “soul.” We Jews are, like our non-Jewish neighbors, limited in space these days. We’re told not to physically come close to others in the three dimensions of our olam, spatial world. As to nefesh, we Jews remain connected, whether or not we realize it, in the realm of soul. It may not be polite in some circles to assert such a national ethereal connection, but reality isn’t always polite.

Now, thanks to the coronavirus, the collective Jewish soul can join in the third realm, shanah, time. We can pray, all of us, at the same point in time, as vasikin. The word best translates as “careful ones” and, as above, refers to those who time their Amidah prayer to coincide with the moment of dawn.

Imagine if thousands of Jews from all walks of life and Jewish expression, whether they have in the past prayed at a set time in a shul or at a random time at home or at no time at all, capitalized on being housebound to connect with all the others by bending their knees and bowing their heads, the acts that traditionally accompany the first words of the Amidah, at the very same moment.

Mark Twain is said to have quipped that “Everyone talks about the weather but nobody does anything about it.” The same might be said about Jewish unity, the perennial subject of many a conversation. Well, events beyond our control have offered us the chance to do something about it.