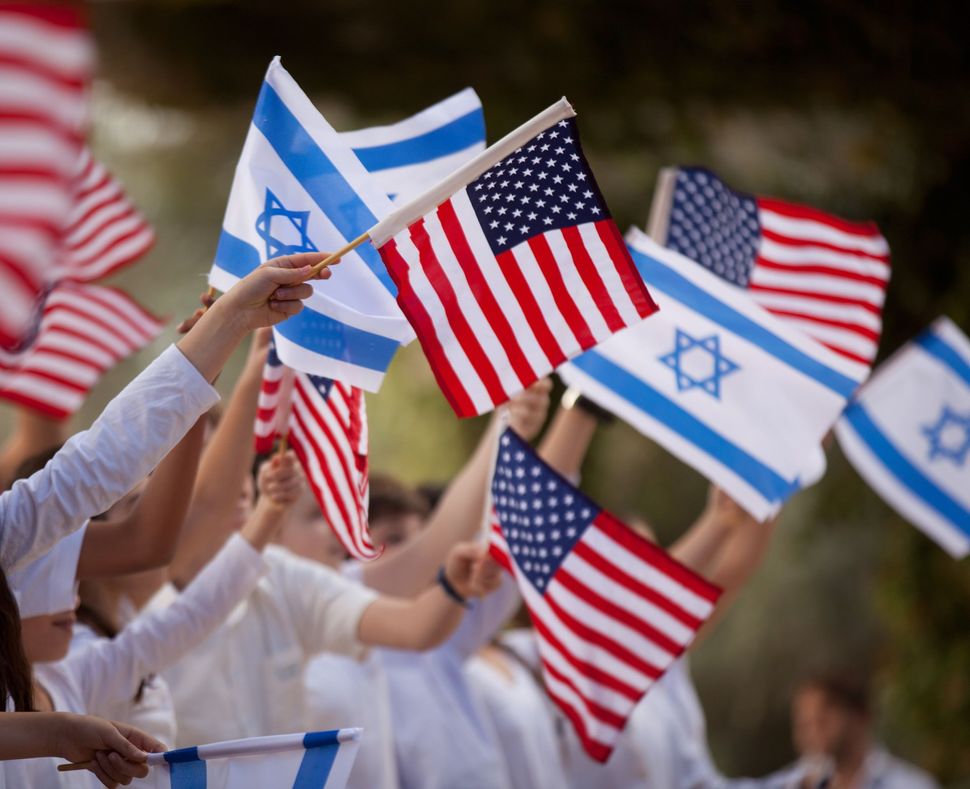 Borrowing from Tolstoy, one might say that every economic boomtime is alike in its happiness, while every economic crisis is unique in the misery it brings. And the particular economic crisis facing the United States in the wake of the coronavirus pandemic, which economists fear could culminate in the worst economic downturn since the Great Depression, may prove unique in one particular way: It may be the final nail in the coffin of the post-World War II institutional American Jewish community. And now we may be facing the end of this organizational life.

Why such a dire prediction? When economic downturns hit, charitable donations decrease as households tighten their belts and spend more of their limited resources keeping themselves afloat. And the Jewish institutional infrastructure in the United States is especially dependent on donations to sustain itself.

Doron Krakow, CEO of the Jewish Community Center Association of North America, predicts that the Jewish organizational budget cuts that will follow the coronavirus crisis will be “painful and deep,” and even after the worst is over, the organizations that remain will be “smaller, lesser versions of themselves.” Felicia Herman, executive director of the Natan Fund, has said that she is “one hundred percent sure there are Jewish non-profits that won’t survive this.”

They’re operating from an ideological playbook that hasn’t been relevant to American Jews in years.

The development of the post-World War II American Jewish establishment was a process of consolidating a fractious and diverse community into a limited number of organized groups. But it was also a matter of defining a particular set of consensus politics for that community. Historian Arthur Goren has defined it as the “functional consensus” of postwar American Jewish politics, focused first and foremost around two particular political commitments: “assuring Israel’s security and striving for a liberal America.” This “consensus of support for Israel, coupled with a liberal domestic agenda,” would define American Jewish politics for two generations.

Of course, there was a certain amount of tension built into this political consensus from the beginning. American political liberalism defines itself in explicitly non-sectarian terms, as an ideology of civil equality that applies equally to all Americans, regardless of race, ethnicity, or creed. For this reason, Jewish interests in the United States were, in the words of Jack Wertheimer, expressed in explicitly universal terms, “as part of a larger campaign of social action, rather than solely as a parochial cause, to insure that no group in America suffered unfair treatment.”

In other words, American Jews were domestic political liberals because, as a small minority community with a long history of persecution and ethnic oppression, we had an explicit interest in promoting equality for all, in assuring that the white Christian majority did not impose its will over minority communities in the United States.

The state of Israel, meanwhile, was explicitly founded as a state designed to promote the interests of the Jewish people above those of other communities.

As Daniel Gordis has explained, the state of Israel was never intended to be “an ethnicity-blind, religiously-neutral liberal democracy,” as was the United States, but rather “was always intended to be an ethnic democracy, meaning that one people would be at the center of the country’s commitments.” While the Israeli Declaration of Independence did include a clause insisting the new nation would “ensure complete equality of social and political rights to all its inhabitants irrespective of religion, race or sex,” this clause only came after the clause declaring that the state of Israel would “be open for Jewish immigration and for the Ingathering of the Exiles,” defining the safeguarding of one particular ethno-religious community as the state’s reason for being.

So there was a certain amount of conflict built into the postwar American Jewish consensus of supporting liberal democracy at home and ethnic democracy abroad from the start. But for a generation of American Jews with the Holocaust in living memory, this combination probably seemed like the only way to ensure the continued survival of a people that had faced the strong possibility of its total extermination. As a minority group in the United States, Jews wanted to promote a non-sectarian liberalism that would ensure that minorities were politically equal to the majority, while also ensuring that they had a state of their own where they would be the majority to which they could escape to if the situation here in the US ever got too bad.

Well, now things have gotten pretty bad for Jews in the United States. I don’t just the mean coronavirus pandemic ravaging the world. The past year has seen a huge spike in anti-Semitism. And yet far from a safe haven, Israel is part of the problem.

American Jews feel like our safety is more threatened than ever before. More than four out of five American Jews think anti-Semitism has gotten worse in recent years, culminating in the deadliest anti-Semitic attack in US history.

But far from being a place for American Jews to imagine escaping to, the government of Israel seems to be reinforcing the very same far-right trends that American Jews see as the gravest threat to our wellbeing. While more than half of American Jews believe President Trump and the Republican Party bear responsibility for rising anti-Semitism in the US, the government of Israel responded to the worst pogrom in US history by sending Naftali Bennett to the United States to absolve Trump of any responsibility. It was an interesting choice, given that the Pittsburgh synagogue shooter explicitly wrote that his act was motivated by anti-Semitic conspiracy theories about George Soros funding migration to the United States — the very same ones which President Trump himself has spouted.

And not just Trump. Members of the Netanyahu family have engaged in the same anti-Soros fear mongering that directly inspired the Pittsburgh synagogue shooting. At an event hosted by Hungarian Holocaust deniers, Israeli Prime Minister Benjamin Netanyahu’s son, Yair Netanyahu, attacked the Hungarian-born Soros for supposedly “destroying Israel from the inside.” Previously, Yair shared images of Soros as a reptilian creature dominating the world, an image so classically anti-Semitic that leading neo-Nazi David Duke endorsed it.

But it goes beyond George Soros. In an age of rising global ethno-nationalism, Netanyahu has gone all in cultivating relationships with the European far-right, even praising the same European leaders who adamantly deny their nations’ complicity in the Holocaust — akin to “praising the Ku Klux Klan for improving racial relations in the South,” according to the Simon Wiesenthal Center.

It’s exposed the deep conflict inherent in the ideology that has reigned over American Jewry for a generation.

For a generation, after the end of the Second World War and the founding of the state of Israel, Israel was governed by Labor Party leaders who at least gave lip service to liberal democratic values. This made it possible for American Jewish organizations to hold together that unstable consensus of support for Israel with a liberal domestic agenda. But in an age when Israel has passed a law explicitly stating that “the right to exercise national self-determination in the State of Israel is unique to the Jewish people,” this consensus can no longer hold. In an age when far-right leaders in Europe and the United States are stoking anti-Semitism against the diaspora while cultivating close relationships with the leadership of Israel, this consensus can no longer hold.

Still, the American Jewish establishment has been slow to realize this, choosing instead a desperate struggle to hold together the decaying American Jewish political consensus of domestic liberalism and support for Israel.

And yet, with the huge financial pressures the coronavirus pandemic is about to inflict on our organizations, people are going to start asking who is necessary, and who is not. A morally coherent message is not immaterial to that question. The opposite, in fact.

Going forward, American Jews are going to have to choose: We can either support a political liberalism of equal rights for all, here in the US, in Israel, and all over the world — or we can support ethnic nationalism. But we can’t have it both ways.

And that, I predict, will be the future for the American Jewish establishment, after the immediate coronavirus crisis ends. Many of the groups that are struggling may never fully recover, because they haven’t made political sense in a long time. This crisis is only accelerating trends that have been clear for years now.

There will be new American Jewish groups that emerge to take their place, of course. Our community isn’t going anywhere. But these groups are likely to be more explicitly partisan, more explicitly polarized between right and left, more explicitly defined around one side or the other of the axis of American Jewry’s two public commitments — Israel, and a liberal America.”