Hell, no, we shouldn’t have camp! It would betray all our values. 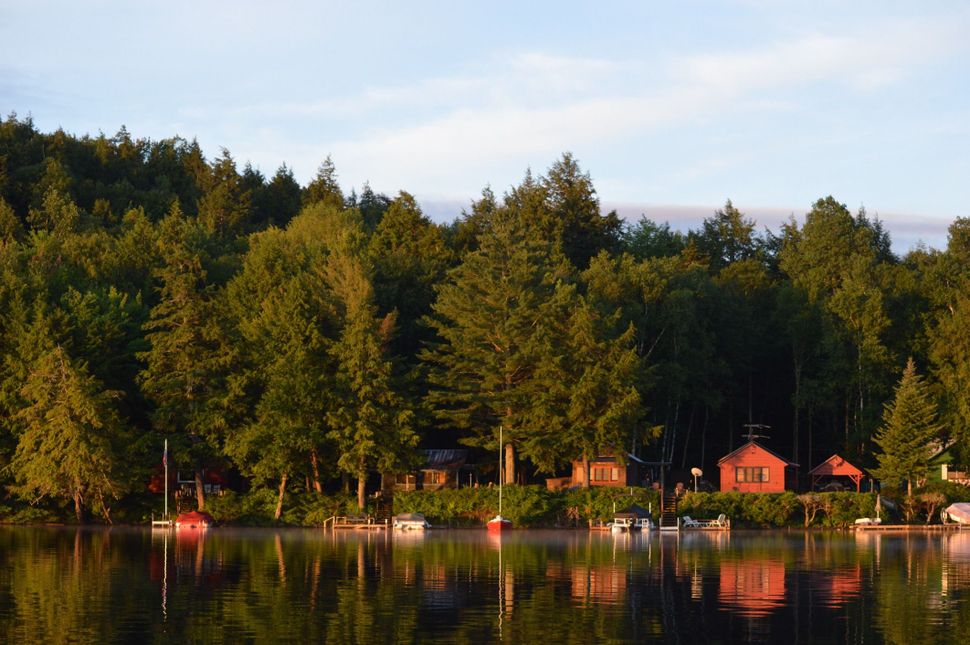 What will happen to camp this summer? Ever since the world started shutting down in response to the rise of coronavirus, this has been a nagging question across the Jewish community.

Camps have understandably been reluctant to make any decisions one way or another, and not just due to the desperate hope of emerging from this ever-lengthening quarantine to a summer of joy, connection, and fun; running the summer 2020 session is for many camps a matter of financial survival.

But — and it pains me to no end to say this, as a camp professional and someone who loves Jewish summer camp more than most people in the universe — the time has come for the camp community to stop preaching false hope and admit the painful but necessary reality: Camp simply can’t run this summer if the camp world wants to live up to the values that we seek to pass on to our campers and staff.

I come at this question from a somewhat unique perspective. For the past three years, I worked as the Senior Assistant Director at URJ Kutz Camp, the Reform movement’s teen leadership camp in Warwick, New York. It’s a camp which the Union for Reform Judaism decided to shut down after last summer, back before the world had even heard the word coronavirus. Until Passover, I was working for my local Jewish federation helping to try and come up with a strategy for how to help camps plan for the summer and avoid financial ruin. Then my contract ran out and I couldn’t get extended as part of the cuts that have come to all sectors of the Jewish and nonprofit sector. I in theory am still supposed to be starting a new senior position at another Jewish camp in the coming month, though I was explicitly told that if camp doesn’t happen this summer, my position will be cut before I ever start.

So I have more skin in the game than most, with my very employment tied to having the summer happen. Yet despite this, the only moral and ethical thing to do is to “call the ballgame,” so to speak, and for the Jewish camp community to pull the plug on summer 2020.

Why? For the simple reason that opening Jewish camps this summer would be un-Jewish, and would go against our most deeply held Jewish values. It would be recklessly endangering the most vulnerable members of our society. Imagine that your child’s summer camp runs. What would it take for you as a parent to feel safe sending them to camp, particularly in light of the news the other day that a five-year-old has died from coronavirus?

Camps would need a medical team in place that would satisfy camp leadership, parents, and kids that they’re safe. And where would these doctors come from? They’d be taken away from the cities where they are desperately needed to take care of those most at risk from coronavirus, the elderly and the immunocompromised. People would literally be dying in order to allow the privileged children of the few to run around and have a summer that’s a little more fun and meaningful than it otherwise would be at home.

There is no stronger way of reinforcing to our children the value of pikuach nefesh, saving a life, than telling them that they have to miss this summer of camp to keep other people alive.

Furthermore, camps are in rural communities that don’t have robust hospitals and healthcare facilities. Should an outbreak of coronavirus emerge at camp and kids have to go to the hospital in the local community, it would entirely overwhelm the system, endangering the local residents. Just as there has been outrage against wealthy people going to their summer homes by residents who argue that their hospitals don’t have enough beds or their supermarkets enough food for an influx of people who don’t usually live there, we’d be magnifying that tenfold by running camps this summer.

Kids may be least vulnerable to the virus, but the communities our camps are in are among the most vulnerable. Let’s protect them.

And let’s say that camps can operate, but at reduced capacity. What if the authorities in any given jurisdiction say that a camp needs to cut down 50% of their people. Do we really want our camps to turn to half of their campers and say, “You can’t come”? How would they decide who gets to go and who doesn’t? Would they turn away those who have had the most summers at camp? The least? Those who can afford to go, who don’t need scholarships?

One of the core values of camps is inclusivity, and if we turn away a select group of campers, we’d be leaving our values at the door, privileging some kids over others, and sending a horrible lesson about who we value and who we don’t.

And can you imagine the anguish of the kids who don’t get chosen to come to camp? We’d be causing more hurt than we would good for those who do get to come.

Finally, opening camp this summer would be sure to come with all sorts of changes to the normal routines, traditions and joys that kids usually experience. And having a summer at a twisted version of camp would corrupt the place that kids love and cause them real trauma, more than simply sitting out a year.

We want our kids to have memories of joyful Jewish spaces where they can hug their friends, dance together on Friday night, gather together in a crowded tent on their camping trip. We don’t want to turn such a formative place into a sterile, socially distanced place; we want it to bring them together.

In our current reality, it just doesn’t seem possible.

Josh Satok has spent many years working in the Jewish camping world, most recently as the Senior Assistant Director of URJ Kutz Camp. He has an M.A in Jewish Professional Leadership and an M.B.A in Nonprofit Management from Brandeis University and was a Religious Studies major at Yale University. He is an alum of the Wexner Graduate Fellowship, and currently on the volunteer leadership of RUACH: Emotional and Spiritual Support, bringing emotional and spiritual care to the Jewish community through this moment of crisis and beyond.

Hell, no, we shouldn’t have camp! It would betray all our values.