Coronavirus flipped the power dynamics between Israel and the Diaspora 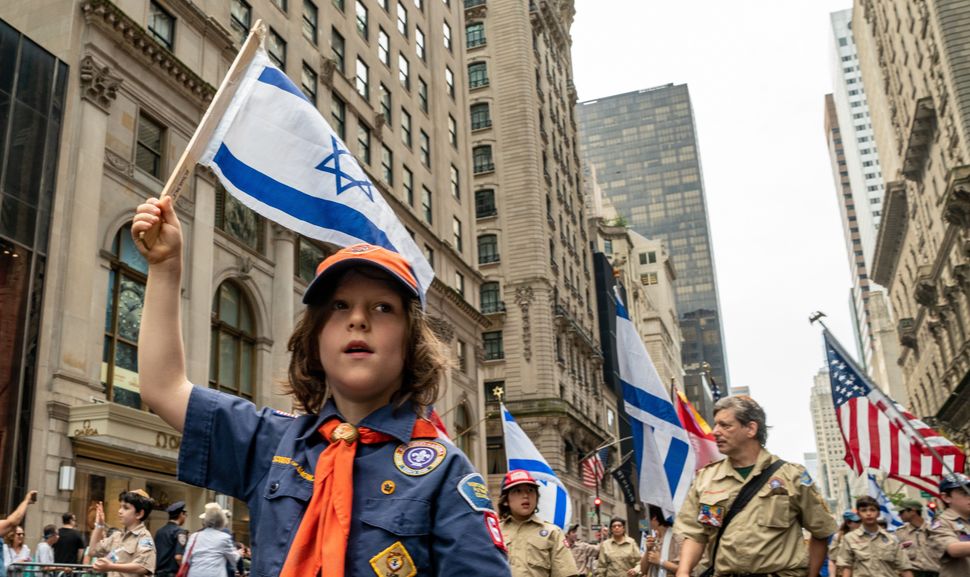 For the first time in Israel’s now 72 years, we are living at a moment in which both the Jewish people and the nation-state are fighting the same global threat. Also for perhaps the first time, Israel’s answer to the challenges of world Jewry cannot be to offer itself as a safe-haven — at least in the short to medium term.

With Israel slowly easing its way out of the crisis and Jewish communities continuing to suffer at high rates, the power dynamics that governed Israel-world Jewry relations have flipped and then equalized.

The current reality creates an opportunity to question the dated norms between the Jewish people and the nation-state and, perhaps, to build a new and relevant framework in which to uplift the relationship, starting with how Israel supports world Jewry during corona.

As the story goes, Israel was established as the nation-state of the Jewish people, implying a certain social contract not just to its citizens but to Jews-at-large. Israel traditionally filled this role by offering any Jew an aliyah package, legally grounded in the Law of Return.

Beyond immigration, Israel added on “the mifgash,” or encounter, when a triumphant Prime Minister Yitzchak Rabin, hands still tingling from that infamous White House handshake, proclaimed in his 1993 address to the Jewish Federations of North America, “an ‘Israel Experience’ should be part of the upbringing of every young Jew, a rite of passage. We can bring tens of thousands of our youth to Israel through the joint efforts of the Jewish communities and Israel.”

Thus began the era of Birthright and the subsidized Masa trip. To this day, Israel has seen itself fulfilling its role as the Jewish nation-state by providing the opportunity to physically come to Israel. In return, world Jewry unabashedly supports and takes pride in the state by graciously sending its money and its youth, and placing Israel at the center of Jewish pride and engagement.

But these activities don’t satiate the interests of a rising Jewish generation, nor have they managed to build a shared sense of peoplehood between Israeli society and world Jewry. There are many reasons for this, but one main stumbling block has been Israelis’ historical lack of awareness or appreciation for world Jewry based on a core Israeli habit of Shlilat hagolah — the negation of Diaspora. Israel is actually making slow progress towards a mindset closer to hizuk ha-tfutsot, strengthening the Diaspora, a shift surfacing in certain pockets of Israeli society.

That shift is showing up now in Israeli society in the context of Israelis asking themselves what Israel can and ought to do for their Jewish brethren suffering around the world from the coronavirus pandemic.

The ways in which Israel — its civil society, government and institutions — can and is providing assistance are broad, and include symbolic, financial and education efforts, from civil society leaders, organizations and outstanding political voices. For example, it was Israel’s “Peoplehood Coalition,” a grassroots group engaging Israeli society on world Jewry, that connected resources from Israel’s Chamber of Commerce to Italy’s Jewish community, through Israel’s Foreign Ministry. The American Jewish Joint Distribution Committee and its partners are working tirelessly to support vulnerable communities around the world, and three groups have teamed up to launch a $10 million emergency loan fund to Jewish communities in crisis. And the JFNA is convening an emergency coalition of actors working to find solutions for ongoing issues like Jewish education, and what to do about the upcoming “lost summer.”

Still, the government of Israel — along with its relevant agencies — has a role to play in putting immediate and ongoing support for Jewish communities on Israel’s national agenda, building dialogue and thinking creatively with Jewish communities regarding how to be of service.

Daily conversations between the Israeli government, civil society actors and organizations are taking place regarding how Israel can serve the Jewish people during corona. This represents significant progress in how Israel sees its role as the nation-state — beyond offering refuge or “serving as a light” towards engaging the Jewish people based on their own needs and interests today.

There is also an unprecedented amount of gracious collaboration between and amongst Israeli players as everyone scrambles to determine how to best support Jewish communities in need.

What is still missing in this conversation is direct and organized knowledge and input from world Jewry; no formalized mechanism representing world Jewry sits alongside or within Israel’s government in order to properly reflect world Jewry’s voice or generate the reciprocal dialogue needed during this time.

The creation of such a platform would be representative of a new paradigm we should pilot in the time of corona — one of mutual reciprocity and care between Israel and world Jewry.

Tracy Frydberg is an analyst at the Reut Group. She is currently pursuing a masters in Jewish Peoplehood at the University of Haifa.

Coronavirus flipped the power dynamics between Israel and the Diaspora