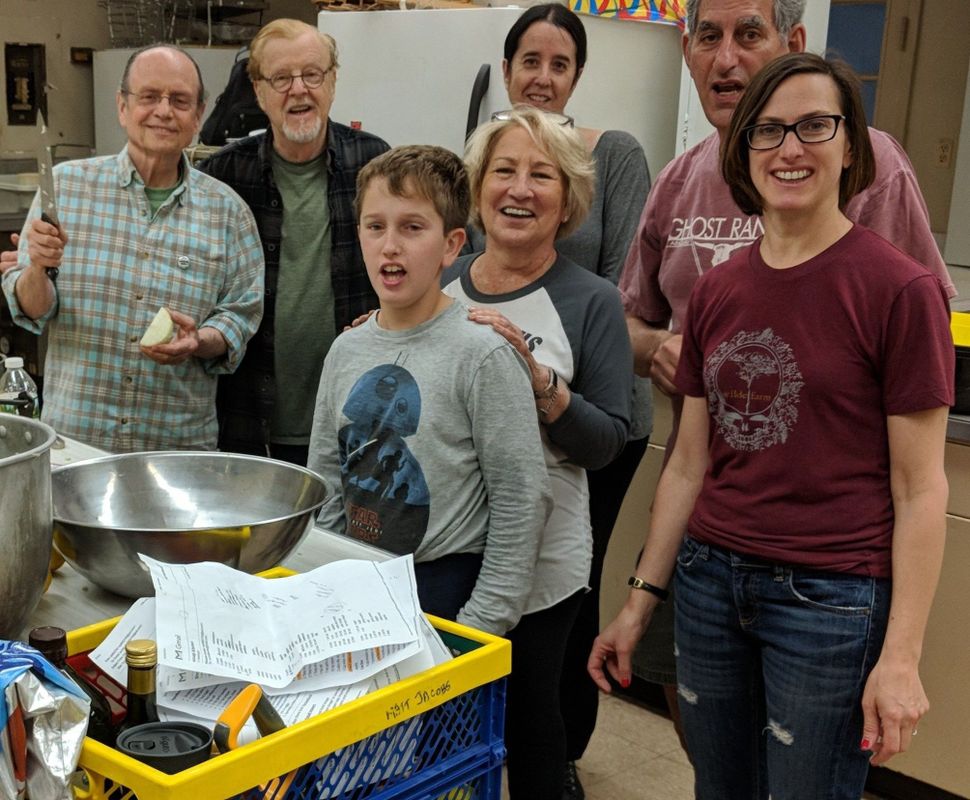 Fred Pressman was a giant in the Jewish world. A giant you probably never heard of. He didn’t hold power positions in major organizations, didn’t donate millions of dollars to causes. He was a giant wisp of a man, an aging hippie in saggy jeans with a stringy gray ponytail under a Bukharan kippah, a twinkling eye and a hearty chuckle.

Freddie was the guy who always showed up. 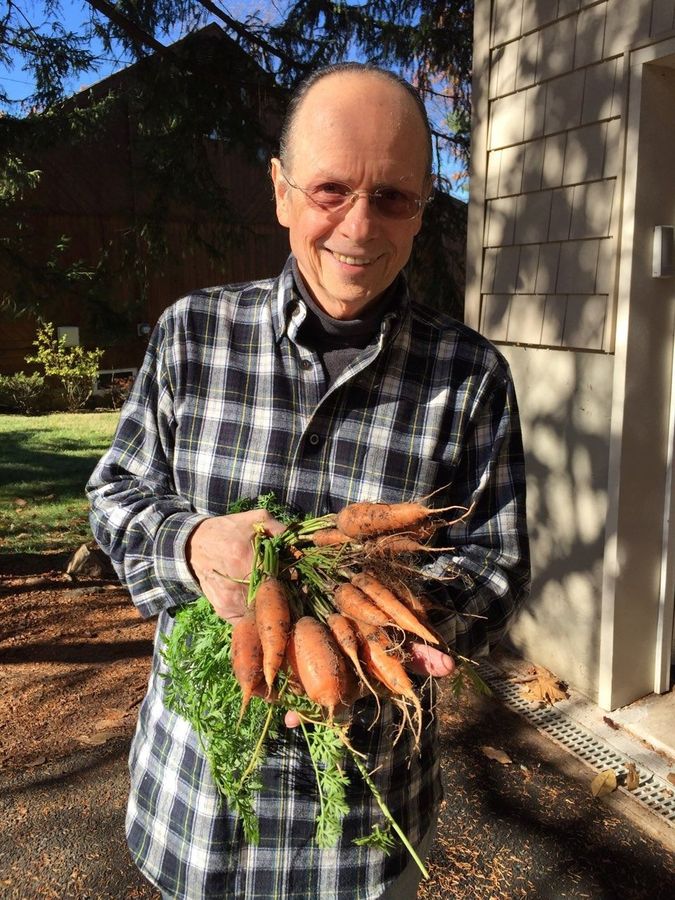 Maybe you know someone like Freddie. Every synagogue, every community has someone who is on every committee, at every program, in the choir, in the kitchen. But in the half-dozen shuls where I’ve been a member over my near-50 years, I have to say I never saw anyone quite like this — so totally committed, yet so completely humble. Freddie had this boundless ambition about building a better world, but he went about it like the master gardener he was — shovelful by shovelful, doing the work, contributing to the conversation, stepping up, saying “yes,” coming back.

You probably figured this out already, but Freddie died on Thursday. Not of Covid, actually. He was diagnosed with Acute Myeloma Leukemia the week our world was shutting down. He was 77 and is survived by his wife of 38 years, Ronni; two sons, Randy and Ryan; daughter-in-law Jessye; and two grandsons, Spencer and Jacob.

So many people are dying: 243,263 felled by this virus across the world as of Sunday morning, 66,445 Americans in the past 10 weeks. Freddie is the one that made it personal for me, that made me gasp and sob.

In my mind, he is forever chopping vegetables. 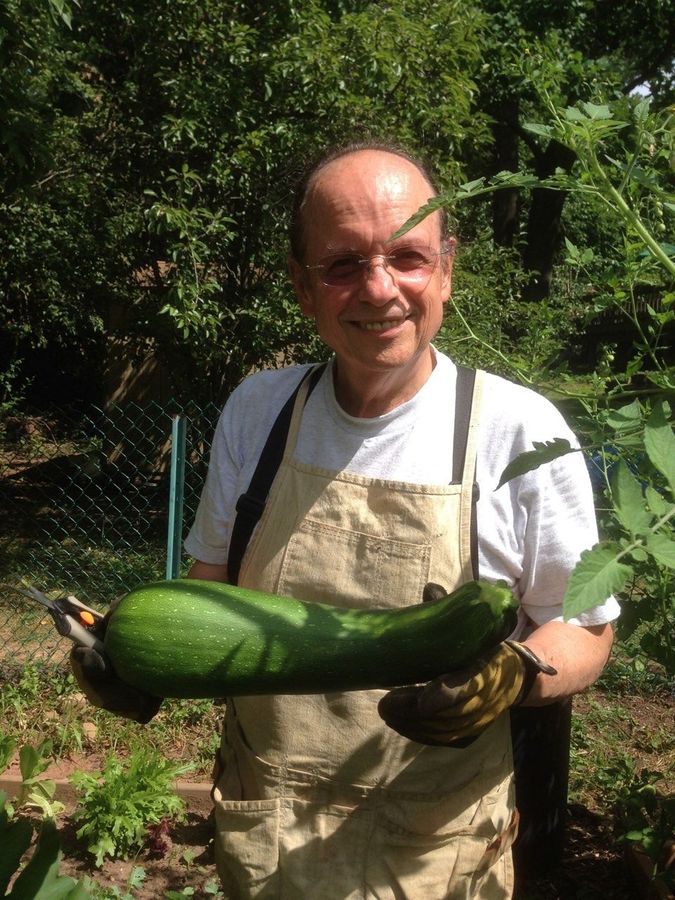 Freddie was the most reliable volunteer for Bob’s Brunch Cafe, the popup restaurant I help run at our synagogue, Temple Ner Tamid in Bloomfield, N.J. He was always quick to respond to the emails I blasted out to the crew asking who could do what the next time. Literally the only time he said “no” was when the timing conflicted with the shul’s monthly program urging supermarket shoppers to donate bags of groceries to the food pantry.

Freddie wasn’t the chef. He was the guy chopping the onions, the parsley, tomatoes — whatever the person in charge said was needed. If the designated dishwasher didn’t show up, there was Freddie at the sink. He never left until the last plate was put away, including at our most recent Bob’s, in February, when he was struggling with persistent knee pain from a fall a few months before.

It turned out that the swelling in Fred’s knee never went down because of the leukemia, but we didn’t learn that until March 10 — too late. He came home from the hospital March 20, started chemotherapy, but was back in the E.R. with a spiky fever April 1.

Ronni, his wife, not allowed to visit because of corona, incessantly FaceTimed with him and the nurses, as his liver function diminished and his kidneys failed, until he stopped responding to seeing his grandsons on the screen, to even hearing music. Friends organized a Zoom healing service Thursday to support her; it started three minutes after he died.

A few years ago, our shul adopted as a high-holiday theme “Hineni.” Hebrew for “here I am,” it’s all over the Torah as a response to God’s call. Ronni, the synagogue’s clergy associate and also an artist, designed a little lapel pin. We all wore them through those high-holiday services, but Fred kept his on; a friend said at Thursday’s gathering that it was “like his nameplate.” Our rabbi, Marc Katz, wore one for Friday’s funeral.

“It’s one of the most famous and powerful concepts in the Torah — in countless stories, a person is confronted with an opportunity to be present,” Katz explained. “And that person must make a choice: Do I turn away or open myself up to what will come next.

“Fred Pressman loved the idea of hineni, of being present and ready for what came next; he embodied it,” Katz continued, ticking off Freddie’s official roles: vice-president of religious living, co-chair of adult education, co-chair of the Israel task force, co-chair for tikkun olam.

“Nothing was below him, if it meant being able to help others, whether it was driving someone to the hospital, bringing over food, or even building a bed.”

In the last few days I’ve learned a bit more about this quiet giant. He dropped out of law school and drove a cab in New York City, with a knack for anticipating the right music to play for each fare. He apparently holds the Rhode Island high school football record for the longest punt. He never talked about his day job and even his family isn’t quite sure what he did at the Wakefern Food Corp. He was busy resettling refugees, visiting prisoners, bringing a Torah to an Israeli kibbutz, agitating about climate change, raising bees, planting wildflowers, collecting compost, chopping vegetables.

I’ve never known anyone who led quite like Freddie. He was never the guy on stage; he was making sure the microphone worked — and making sure there were people in the seats. He drank it all in: He would record lectures and study sessions on his phone and go over and over them, follow up with questions, share them.

“When Freddie was in charge of recruitment,” Katz said at the funeral, “I always knew we would have a crowd.” He explained it this way: “Since Freddie never said no to an opportunity, if he asked you to embrace one, you couldn’t say no.”

Jodi Rudoren became Editor-in-Chief of the Forward in 2019. Before that, she spent more than two decades as a reporter and editor at The New York Times. Follow her on Twitter @rudoren, email [email protected] and sign up here to receive her weekly newsletter, “Looking Forward,” in your inbox.