For years, my kids and grandkids have been maneuvering around cyberspace like astronauts, nudging me toward giant leaps for womankind. Image by Yehuda Blum

About a month after my husband and I — denizens of the pandemic’s most vulnerable age cohort — quarantined ourselves, I realized to my surprise that I was becoming a black belt in Zoom. Not only had I participated in two online seders and successfully navigated a flotilla of virtual meetings with my friends, family, and social action affinity groups, but I’d hosted gatherings and tutored other women on such Zoom arcana as how to find the thumbs up meme, a skill I lacked as recently as April Fool’s Day. 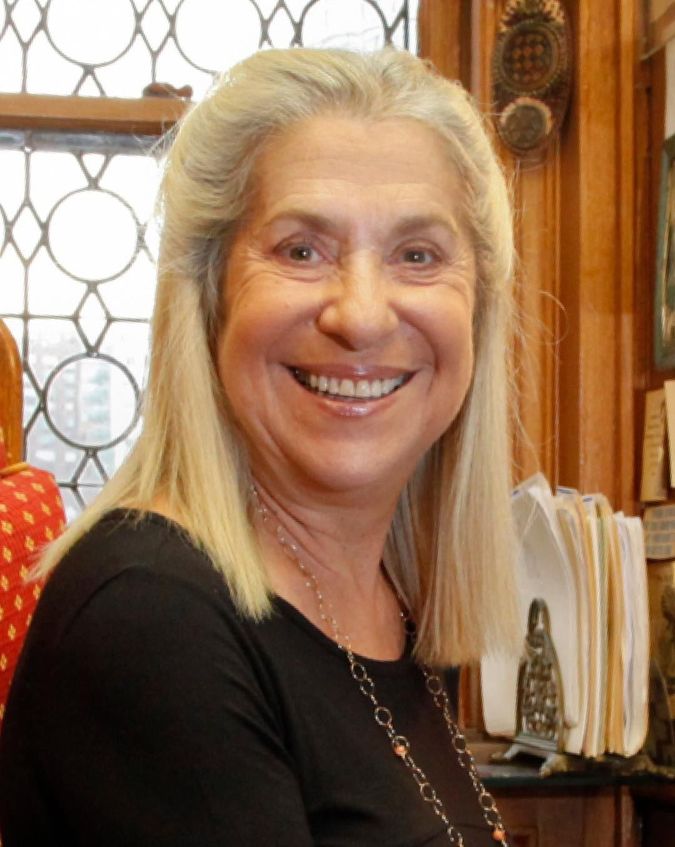 For years, my kids and grandkids have been maneuvering around cyberspace like astronauts, all the while nudging me toward what for them are small steps but to me were giant leaps for womankind. At their behest, I left AOL for Gmail. Joined Facebook and Twitter. Hired a social media maven who created a webpage and helped me start a newsletter. Acquired subscribers, “friends,” and “followers.” But when anyone suggested a new app, I’d say, “Enough, already,” and parrot ageist canards about being a confirmed Luddite, too old to learn new tricks.

Since the lockdown, however, I’ve changed my tune, and so have most of my Jewishly-involved feminist contemporaries. Sheltering in place has required us to master means of virtual communication that we’d previously resisted like the plague. (Whoops.) In particular, the miraculous technology of video conferencing. Thanks to Zoom, women of a certain age have managed to remain connected, not just with their family and friends (especially single women trapped in total isolation), not just to attend their synagogue’s online Shabbat services, and not just to bake challah virtually with their grandchildren, but also to continue working with their political sisterhood.

Hobbled by social distancing, they’ve opted into Zoom and other social media, some for the first time, in order to stay in touch with one another and stay active in the groups important to them. No longer are they strangers to chat rooms, webinars, the blogosphere, podcasts, Facebook and Twitter because, these days, any feminist worth her salt has to function in cyberspace if she still hopes to organize, agonize, educate, activate and fundraise for our issues.

Ironically, it took the coronavirus to kick us into the modern world. But we’ll never go back. I say this with confidence having lived through other tech inventions that changed the lives of activists and organizers over the last fifty years: namely, the photocopier, answering machine, cassette tape recorder, fax machine, computer, internet, email, voicemail, Google, and texting.

In the late 1960s and early ‘70s, feminists (then called “women’s libbers”) printed our position papers and broadsheets on mimeograph machines which were famously messy, slow, and labor-intensive. If we wanted to keep a record of the proceedings at a movement event, someone had to take verbatim notes or we had to rent a cumbersome reel-to-reel tape machine that required someone to operate it.

When we wanted to get a crowd in the streets quickly for a march or demonstration, or change the meeting date of our consciousness-raising group, we had to get on the phone and work our way through a list, and if we got no answer, keep calling until someone picked up.

During the heyday of the Second Wave, every conference was an organizing opportunity. Different issue groups passed around a legal pad and a pen so women could write their name address, and phone number. That’s the way we created a mailing list to receive notice of future actions.

In 1977, when I was an editor at Ms. magazine, we offered our readers an affordable trip to Israel and promised them a 10-day itinerary of movement-related activities. Fifty-six American feminists signed up, including four men. To organize the program, I wrote to — then awaited written replies from — about thirty potential Israeli speakers and panelists, and sorted out the bureaucratic formalities and travel logistics – all by airmail or long distance. It took me more than a year.

A decade later, I was part of a planning group tasked with locating Jewish feminists all over the world and inviting them to the First International Jewish Feminist Conference, to be convened in 1988 in Jerusalem. We ended up with 320 delegates (from 23 countries that have significant Jewish populations) and created a three-day program. It took us two years. What we wouldn’t have given back then for Google, email, or Zoom.

Just as feminism and Jewish organizational life benefited from the inventions of the last century, I predict that the 2020 technology we’ve been forced to learn during this period of forced isolation will leave an indelible mark on our post-pandemic activities.

In the new norm, women in their 60s, 70s and 80s who used to fear technology will join Zoom conferences from our dentists’ waiting room, the back seat of a cab, or our grandkids’ playroom. We’ll use video conferencing to do outreach that used to take months. We’ll build coalitions across borders and oceans. Doodle to schedule get-togethers. Google to do research. Organizations will schedule many more meetings online, saving them the cost of rented space, refreshments, staffing; and saving us the time and expense of a commute, a babysitter, and the bother of getting dressed.

While I miss the intimacy of in-person meetings, I’ve noticed that agendas tend to be more efficient on Zoom, and participants more focused, conscious of time, and respectful of one another. Video conferencing lets everyone in a large group be heard clearly. When someone is speaking, her or his photo gets a highlighted frame and a closeup. We can calibrate our colleagues’ facial expressions and upper-body language, and, unless they’ve chosen a virtual background of the moon’s surface, catch a glimpse of their home environment.

Because of its rules and rituals, Zoom meetings have taught older women to expect better treatment than they typically receive at in-person meetings, thanks to sexism and ageism, especially when the majority of attendees are men. Participants can’t carry on annoying side conversations (though they can send each other private messages) and once the host mutes everyone else, the speaker proceeds uninterrupted; she doesn’t have to fight for center stage, which some of us don’t always have the confidence to pull off.

In large meetings, participants have to raise their hand, get called on, then unmute their audio or wait for the host to do it. People who keep unmuting themselves, i.e. dominating, get called out for it. And since Zoom offers the option to record its video conferences, a woman can prove, if necessary, that she was the one who’d originated the idea everyone loves; it wasn’t the guy with the basso profundo who, at an in-person meeting, might have restated her suggestion ten minutes later and gotten credit for it.

That, in itself, would be a feminist triumph and a lasting gift of this dreadful time.

Letty Cottin Pogrebin is an author and a founding editor of Ms. magazine. She is currently finishing her 12th book, SHANDA: A MEMOIR OF SHAME & SECRECY