If you care about religious minorities, join us in opposing Little Sisters of the Poor’s case 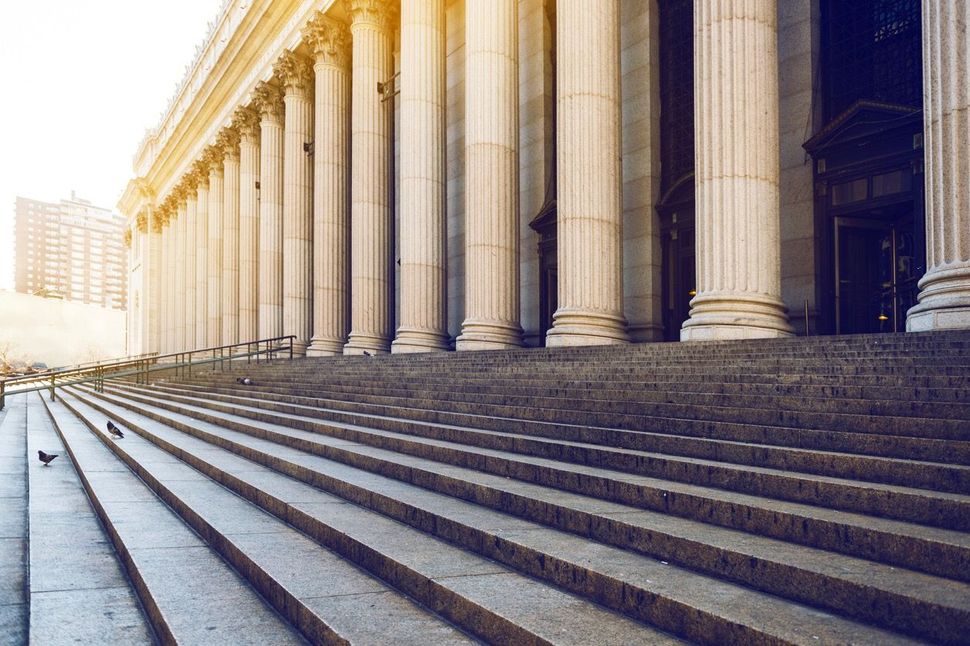 Those who claim the right to discriminate on behalf of religious freedom often represent a Christian nationalist perspective. Image by iStock

The Supreme Court is currently hearing arguments for a case about religious liberty. Little Sisters of the Poor v. Pennsylvania involves an organization of Catholic nuns seeking an exemption from providing their employees with contraception. Since it is a case that concerns religious liberty, we at Americans United for Separation of Church and State filed a legal brief along with our partners at the Anti-Defamation League, the Jewish Council for Public Affairs, the Union for Reform Judaism and 20 other interfaith and civil rights organizations including the National Council of Churches. But our brief was wildly misread by the Jewish Coalition for Religious Liberty in an oped that ran in the Forward earlier this month.

The authors would have you believe that liberal Jewish organizations are interfering in a Supreme Court case against a group of hapless nuns forced by the government to buy birth control for their employees. This is simply not so.

Under the Affordable Care Act, most employers must offer health-insurance plans that cover preventive care — including the full range of contraceptive methods used by women — without copays for beneficiaries. Thanks to this benefit, an estimated 62 million people have been able to gain access to birth control at no additional cost.

The government exempted houses of worship from complying with this part of the ACA. And for other religiously affiliated nonprofits, the government offered an accommodation: If you objected to contraceptive coverage, sign a simple written notice saying so, and the government would work with a third-party provider to ensure that employees and students had access to reproductive health care without any cost to or involvement of the employer. Through court challenges, this accommodation was later extended to many for-profit, family-owned companies, like the craft-store chain Hobby Lobby.

But some employers and colleges said that even signing the opt-out form burdened their religious freedom, and a number of them sued the government. Notably, the Little Sisters of the Poor, which employs hundreds of people who are not nuns or even Catholic, already has a kind of insurance policy that allows it to exclude contraceptive care for all those workers — without even having to sign the accommodation form. Yet it put itself into the lawsuit because theoretically if it did sign the form that it doesn’t have to sign, that would somehow make it complicit in providing contraception.

At its heart this case is really about whether the government can grant privileges to people who hold one religious belief in a way that harms many who don’t share that belief — which is particularly worrisome for religious minorities.

The Jewish Coalition for Religious Liberty would also have you believe that what’s at stake here includes the right to observe Shabbat and kashrut. That’s just not so. For one thing, providing kosher food to one inmate in prison doesn’t take food out of the mouths of others. No one is harmed by the accommodation, and the inmates who want kosher meals absolutely have a right to them. Nothing in our legal brief suggests otherwise. What the Little Sisters and others want to do is more along the lines of being able to say, “I’m the warden and I don’t approve of keeping kosher, so it’s my religious freedom to prevent you Jewish inmates from getting kosher meals.”

As for Shabbat observance, the Supreme Court held in Estate of Thornton v. Caldor, Inc. that a state law violated the Establishment Clause of the First Amendment by absolutely and in all circumstances requiring employers to give everybody the day off on the Sabbath of their choice, without any regard for what it might mean for the employers and other employees.

What about staffing a hospital emergency room or guarding a military installation on the weekend? Sometimes we have to balance important but competing interests, and respecting and accommodating religious beliefs cannot, therefore, always override the rights of others. That’s the law, and it’s the way that the Supreme Court has historically sought to ensure that all of us, including religious minorities, enjoy equal respect and get a fair shake.

Particularly in the midst of a pandemic, our government should be protecting America’s workers and students, not putting them at risk and calling it religious freedom.

As Jews, we are particularly sensitive to these issues, for we know that those who claim the right to discriminate on behalf of religious freedom often represent a Christian nationalist perspective that wants to protect its privileged position and make the rest of us live in accordance with its beliefs rather than our own.

Religious freedom is the right to believe and worship as you see fit; it’s never a reason for government to play favorites on behalf of any particular religious view. No one group should be able to impose its religious beliefs on anyone else, and the government must not empower certain religious leaders and organizations to deny others their rights and religious freedom.

We at Americans United will continue to fight for true religious freedom for all, representing people who are denied their rights by those who would use religion to exclude, discriminate and coerce. We hope that you will join our cause. Our ability to practice our religion freely depends on it, and on you.

Rachel Laser is the President and CEO, and Richard Katskee the Legal Director, of Americans United for Separation of Church and State, a nonpartisan organization dedicated to advancing the separation of religion and government as the only way to ensure freedom of religion, including the right to believe or not believe, for all.

If you care about religious minorities, join us in opposing Little Sisters of the Poor’s case