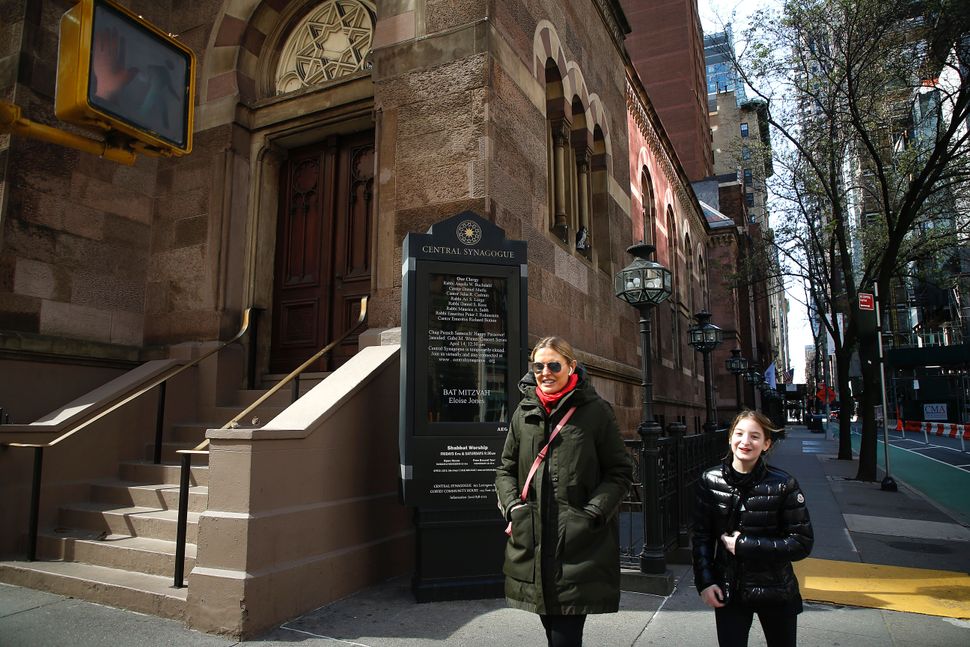 NEW YORK NY - APRIL 11: A woman and her daughter walk past a closed Central Synagogue on Lexington Avenue amid the coronavirus pandemic on April 11, 2020 in New York City. COVID-19 has spread to most countries around the world, claiming 108,000 lives with infections at 1.7 million people. (Photo by John Lamparski/Getty Images) Image by Getty Images 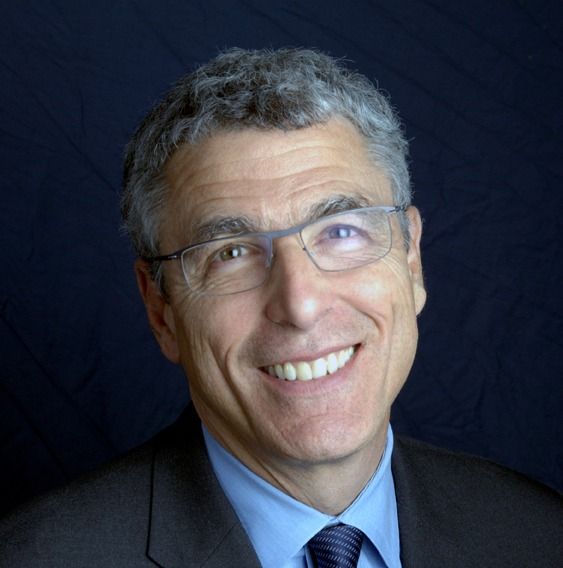 As the holiday of Shavuot approaches, we prepare to greet the giving of the Torah with all-night study in a Tikkun Leil Shavuot. The classical mode of Torah study is in chavruta, a pair or small group of learners who explore texts in partnership. It is in this spirit of chavruta that we, leaders of the Reform and Conservative Movements, share this message.

A successful chavruta requires a special relationship of the individuals involved and makes important demands: They must each set aside their egos to make space for the ideas of others and engage in deep and respectful listening. They must also set aside the desire to “win” the argument and instead open themselves to the wonder of encountering another’s point of view.

The two of us have spent much time teleconferencing with other partners, sharing our thoughts about the challenges facing the Jewish people in this time of pandemic. We understand clearly that, going forward, the paradigm for Jewish life centers on this concept of chavruta, of engaging in conversations not with the goal of “merging into one.” Quite the contrary; it is to partner in shared pursuits while respecting and even nurturing diverse ideas and approaches. 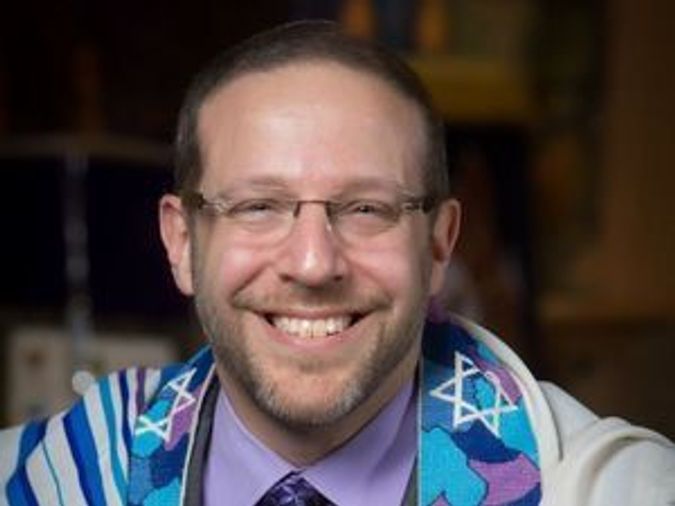 When we act together, our voices are stronger and more impactful. In the wake of the World Zionist Congress elections, for example, our two movements signed a joint agreement to advocate for strengthening democracy and equality for non-Orthodox streams of Judaism in Israel.

Here in North America, we have collaborated on issues such as the safety and security of our institutions, response to COVID-19, leadership development, and social justice and equality. In addition, our rabbinical organizations, together with those of other movements, have organized webinars and shared materials on the subjects of medical knowledge, financial and staffing planning, Jewish values, practical procedures for reopening our buildings, and more.

We also know that collaboration is happening in many local areas with Reform and Conservative (and other) congregations joining together for educational programming and communal activism. We are thrilled, for example, that Los Angeles and other cities are holding cooperative virtual adult learning programs on Shavuot. 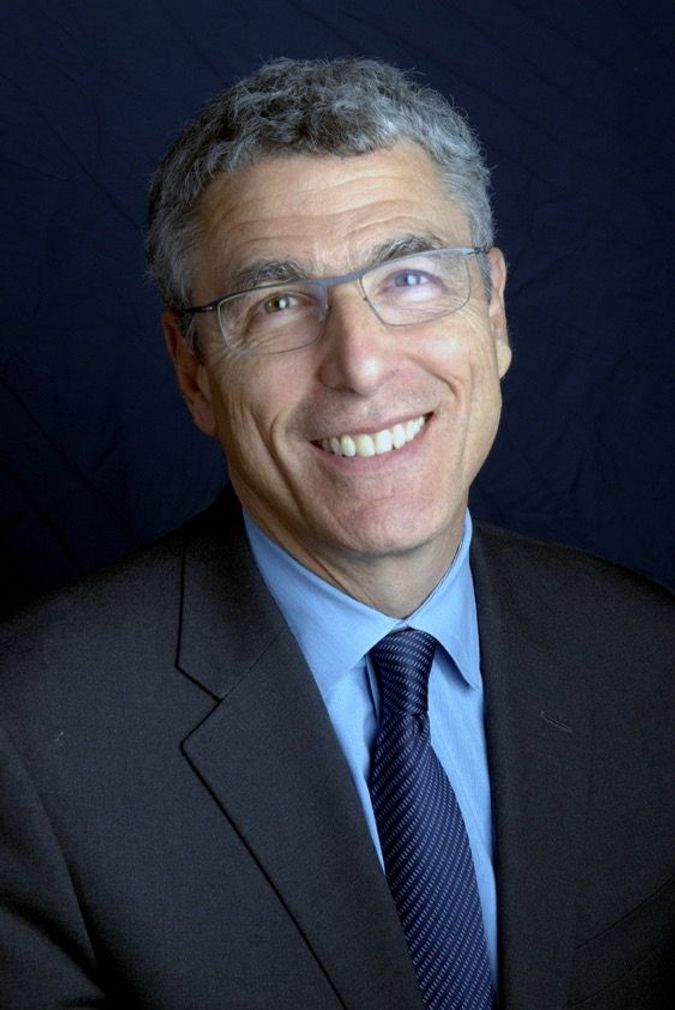 The most helpful framework for our shared work is collaboration, not merger. Mergers often eliminate healthy differences. In healthy partnerships, one doesn’t lose one’s unique identity but rather finds shared interests and commitments. And as two movements built on a deep commitment to pluralism in Jewish life, we have no desire to blend into one or to eliminate what makes our respective movements unique.

Conservative and Reform Judaism share many commonalities, yet we each retain our theological, liturgical, and ideological distinctiveness. We believe that this diversity has contributed to the vitality of the North American Jewish community and that effective partnership will make us even stronger.

Yes, the pandemic has accelerated the need for us to think together about the needs of the broad Jewish community, and how we can work together to create impact. The lesson of the 21st century, which we intend to model for our own synagogues, is that what we do need to be less about our institutions and more about the impact we make.

We’re motivated to collaborate not out of desperate need but rather out of the opportunity to create more strength and vitality in Jewish life.

Often the best chavruta experience ends the way the Talmud often concludes – with an extended argument among its rabbis, using the phrase “Teiku,” a beautiful, one-word Aramaic expression that means, “We’ve explored this thoroughly, and while we didn’t reach a conclusion, we loved the conversation.”

So often in the Talmud, the goal wasn’t to win the argument, but to unearth all of the ways we might understand and celebrate Jewish tradition. Our chavruta is open to other partners, new ideas, and bold experiments.

As we prepare to stand again at Sinai on Shavuot, let us remember that long ago and again today, our people can stand together – as distinct individuals, yes, but also as Am Yisrael, the Jewish people bound together for sacred purpose.

We invite Jews of every stream to join with us in shaping a vibrant Jewish future.