Americans may be distancing, but research shows Jews are more connected than ever 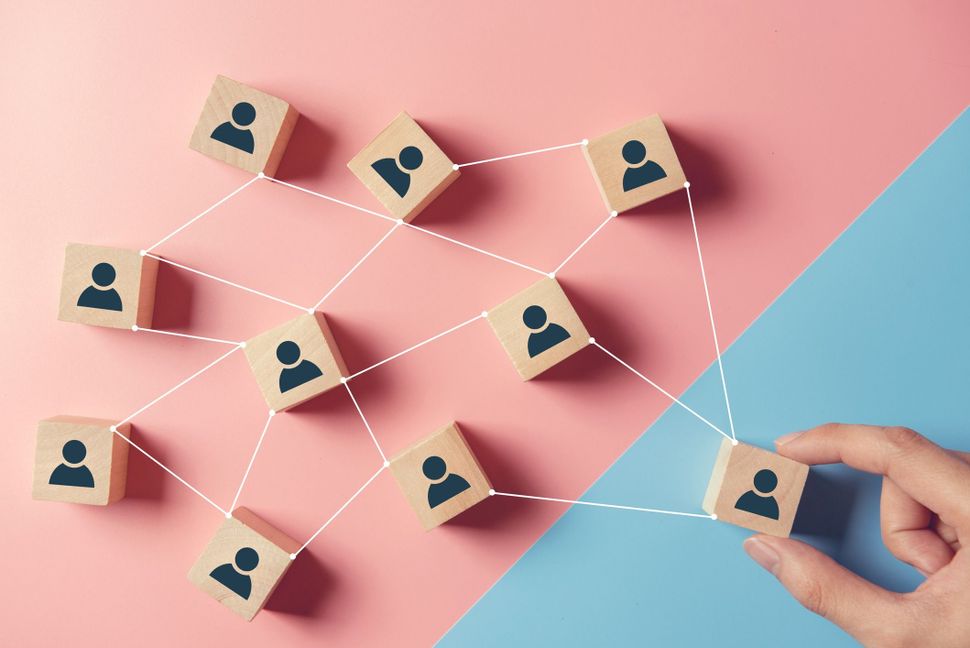 The COVID-19 pandemic has rapidly and painfully transformed almost all facets of American life. The way we live, work, and connect with others have all been disrupted, in some cases by social distancing, and in others by loss. There is good news, though: New data shows that the coronavirus has not altered the resolve of the nation’s Jewish community to empathize and connect with others around them.

In the pre-Covidian era, countless reports and stories circulated about the fragmentation of large parts of the Jewish community, with issues ranging from intermarriage questions to significant atrophies in affiliation with Jewish causes and institutions.

Despite such negative narratives, my own work regularly revealed that the Jewish American community, from the most religious to the most secular, still had a density of social connections that were almost twice as thick as those of the average American.

This communal connectivity was powerfully on display as hundreds of thousands of Jewish Americans took to Zoom to celebrate Passover with virtual Seders in the midst of the pandemic. But one resilient moment in time does not prove much by itself, and thanks to a deep national survey conducted by the Pew Research Center in the midst of this pandemic, empirical evidence has emerged which shows that the Jewish community remains deeply connected while we are in this mess.

For instance, the survey asked a broad question about the impact on personal life as a result of the coronavirus outbreak. The sample included 12 distinct religious groups, including atheists and those in the Church of Latter Day Saints, and respondents were asked if the impact was major, minor or if things have things stayed the same.

The Jewish community absolutely feels the impact of COVID-19. But there’s a major silver lining to the community’s disruption at the hands of the pandemic. The survey also queried whether or not Americans use email or messaging services regularly during the pandemic. While use has been high across the nation – 80% of all Americans responded affirmatively – Jews were clustered at the top, coming in at 91%. Protestants were 13 points lower, at 78%, and Catholics were 11 points lower, at 81%.

The vast majority of Jews are continuing to connect.

The Pew survey then took one things further, and asked respondents what would happen if they lost their digital connectivity right now. Would this be a problem for their household? Again, there was a major discrepancy between Americans and American Jews.

Just 49% of Americans said it would be a very big problem if they lost their digital connection; another 28% said it would be a moderately big issue. Protestants, Catholics, Mormons and Atheists were close to the mean here. But Jews and Agonistics were far more concerned about the loss of these services. 60% of Agnostics and 62% of Jews — roughly 20 points greater than the national average — would be deeply troubled if their communications happened to be disrupted.

What this tells us is that Jews, once again, see the ability to connect with others as being far more important than other groups, especially during the pandemic.

Finally and perhaps most importantly, Jewish Americans remained generally positive about the nature of others during this pandemic, in stark contrast to the majority of Americans. The survey asked if respondents thought that most people would try to take advantage of them if they had a chance, or would others try to be fair no matter what. 57% of Jews believed that most people would still try to be fair – a figure notably higher than the national position of 44%. Mormons held an almost identical position to Jews here. Buddhists and Hindus were lower and comparable to the national average, while Muslims and those whose faith is “nothing in particular” were far less trusting at only a quarter and 36% respectively.

When asked if most Americans can most be trusted, Jews and Mormons again led all other groups at about two-thirds of each group, compared to a lower national average of just 53%.

Putting these findings together, it is clear that the Jewish community is exceptional for its trusting nature, and the community’s desire to remain connected — albeit virtually — is unmistakable.

Unsurprisingly, my own synagogue, Sutton Place Synagogue, has adopted the mantra, “Physically separated but spiritually connected” and its remarkable lay and religious leadership has kept the community digitally connected from its tots programs to religious services and educational opportunities for over two months now. Countless other Jewish institutions are doing exactly the same thing with dynamic programming and high levels of connection.

While face-to-face interactions over Shabbat, celebrations, and even tragedies are the preferred means of interacting, my colleagues at the American Enterprise Institute have shown that texting, email, and social media has made it possible to stay meaningfully connected to communities and that relationships can indeed remain intact while we as a nation are spatially disconnected.

Although COVID-19 has temporarily changed how we connect, this pandemic does not mean that our Jewish connections have been destroyed. How we connect and engage has changed for the time being, but meaning and communal well-being still emerges from all of this Zooming and texting. Survey data shows that almost all in the Jewish community are regularly doing it now, so pronouncements about the death of communal relationships are truly premature and unfounded.

Americans may be distancing, but research shows Jews are more connected than ever