The last of his kind: ‘Jewish Arab’ Albert Memmi leaves a vital message about Zionism 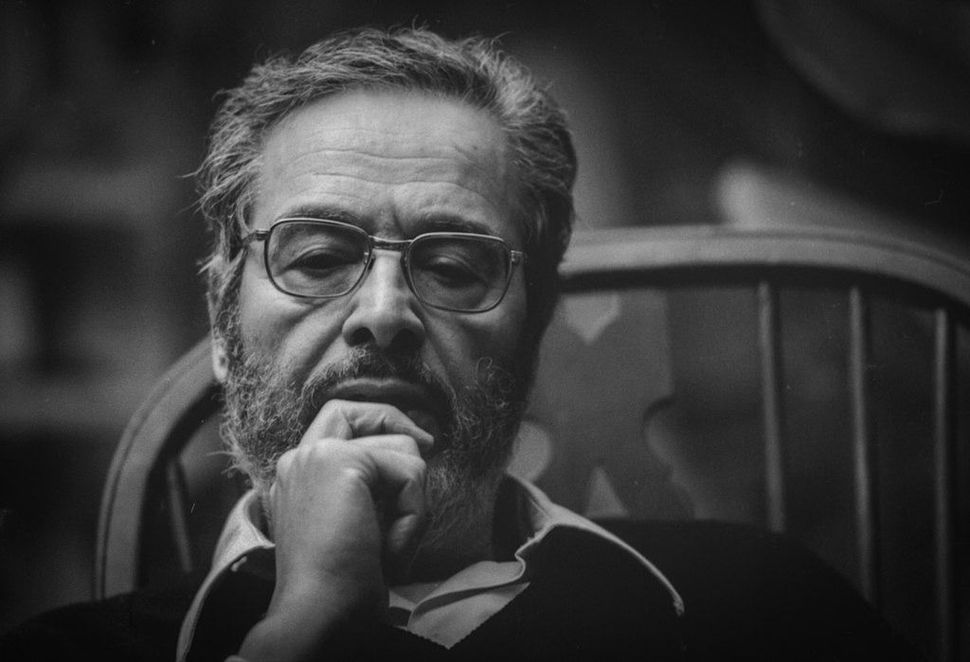 Albert Memmi, the great Tunisian-born French Jewish intellectual, passed away in Paris last Friday at the age of 99. He was arguably the last surviving member of a generation of great mid-20th-century Francophone intellectuals.

Sadly, few in the English-speaking world seemed to notice. While major French, German and Hebrew news sources reported on his passing, for the most part, English language news sources have not. Memmi has not received an obituary in The New York Times or the Washington Post or the Wall Street Journal. A man once considered so important to midcentury French intellectual life that no less than Camus and Sartre wrote introductions to his earliest works is gone, and the English-speaking world has barely taken notice. 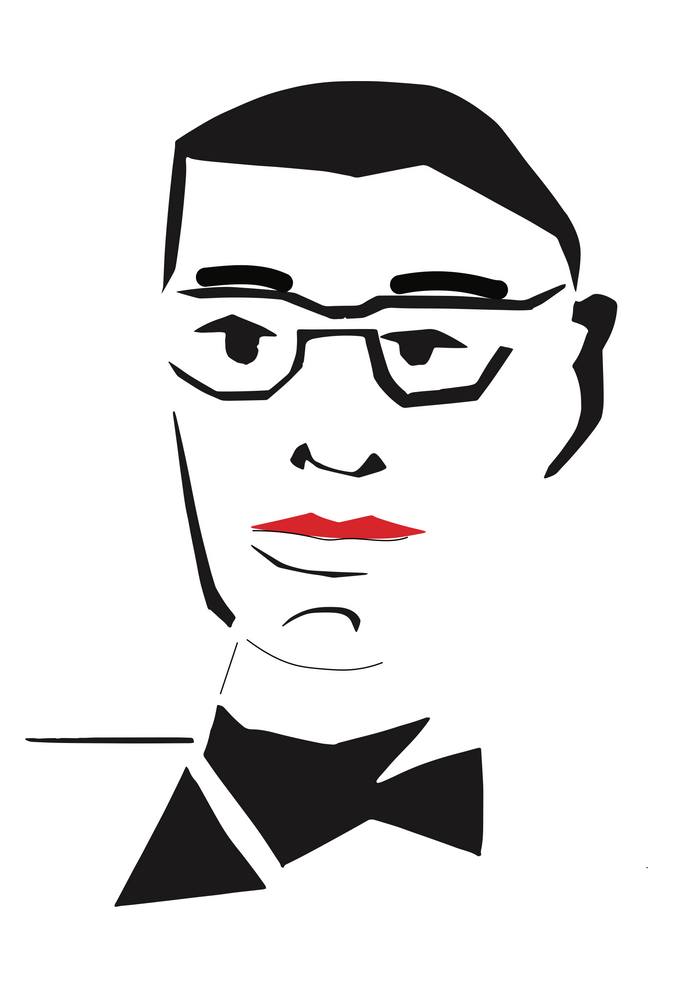 How did this happen? How did a man who was once the darling of the French existentialist left, and who was once considered as foundational for early post-colonial theory as Frantz Fanon and Edward Said are today, come to be so thoroughly forgotten in the United States?

Part of it, no doubt, is the unfortunate timing of passing away at a time when all of our attention is a bit preoccupied with other matters. But I suspect a lot of it also has to do with his inconvenient politics. Memmi’s Jewish politics do not fall squarely on either left or right, so both sides have seen it fit to ignore him – which, of course, is precisely what makes his work so vital and challenging for us today.

Born into a Jewish family in Tunis in 1920, Memmi began his life on the political left, and was actively involved in socialist politics as a young adult. He made his name in his early years as a fervent supporter of the movement for Tunisian independence from France, which he linked to his broader left-wing commitments, writing, “How could I, who applauded so wildly the struggle for freedom of other peoples, have refused to help the Tunisians in whose midst I had lived since birth?”

In 1957, Memmi published the book for which he is today most widely known, “The Colonizer and the Colonized,” an incisive portrait of the effects of colonization on the psychology of both the colonialist and the colonized. But in the years after the publication of the book, Memmi grew disillusioned with the new society built by the Tunisian independence movement, which he came to believe would find no place for Tunisia’s Jews. He came to see this failure as emblematic of larger failures of left-wing decolonial politics.

Driven by the European politics of the Enlightenment, the French intellectuals who supported Tunisian independence assumed that the Tunisian state that would be created after independence would be a state in the image they wanted: secular, liberal, pluralist, protective of minority rights. These intellectuals supported Tunisian independence from France not in opposition to French values, but because of their French values. “By pushing their attachment to French ethical values to the limit… they became the adversaries of French colonization,” Memmi later wrote of Tunisian Jewish intellectuals like himself.

But blinded by their own European-inspired leftist politics, Tunisian Jewish intellectuals overlooked the fact that the Tunisian independence movement was not, in fact, liberal at all. Rather, the Tunisian revolutionaries wanted to create a conservative, nationalistic, and Islamic state, which would “write the Islamic religion into its constitution as the state religion” shortly after independence. Tunisia’s longtime Jewish community, Memmi wrote, felt betrayed by the conservative Islamic direction of the independence movement, and “did not recognize ourselves in that nation which was being born.”

The newly independent Tunisian government would go on to pass anti-Jewish decrees, and it was sadly inevitable that in the wake of independence, most of Tunisia’s Jews fled. And it led Memmi to the other political commitment he was most known for championing in his life: his unapologetic Zionism. If the Jews of North Africa could not find a home in an independent Tunisia, they would need a decolonization movement of their own, which is how Memmi saw Zionism and the foundation of the state of Israel.

You can see how this made Memmi an awkward fit for the left. Whereas post-colonialism has moved in the direction of seeing Zionism as a European colonial movement in the Middle East, Memmi viewed it as the opposite, as the decolonization movement of the Jews. He supported the state of Israel not in opposition to his support for Tunisian independence, but based on the same principle. He likened Zionism to anti-colonialism, on the grounds that “like the colonized, [the Jew] has to fight for his national liberation and create a nation for himself.”

Memmi grew increasingly disillusioned with leftist politics in the coming decades, which he viewed as placing too much faith in universalism and internationalism, blind to the importance of cultural particularity and difference. For Memmi, a Jewish national politics could not be only about making Jews equal to non-Jews as individuals, but must be about Jewish peoplehood as a whole, “must include that particular aspect which will necessarily rehabilitate and recognize him as a major and majority people.” Jews who stood up for the national liberation of other peoples like Tunisians on the basis of universal principles but who refused to stand up for their own national liberation were “accomplices in our own destruction.”

But lest one think Memmi had moved definitively from left to right, he was just as scathingly critical of right-wing Jews, who had forgotten that oppressing minority rights in the name of a homogeneous culture had never been good for the Jews in the past; they forget that “the government of the Right, cultivating the myth of the homogeneity of the nation, of the people or of the race, naturally tends to exclude the Jew.” It was this which led him to remain a stalwart supporter of Palestinian statehood for his entire life. If the Jews as a people deserved a state, and so did the Tunisians, then naturally the Palestinians did, too. And in the years after the Six-Day War, Memmi lamented that Israeli politicians had forgotten that “it is impossible, and dangerous, to continue to overlook the Palestinian situation.”

This is why Memmi imposes necessary challenges to both the Jewish left and right today. To a Jewish left which is increasingly diasporist and critical of Zionism as a whole (and here I very much include myself in Memmi’s critique), Memmi warns us to remember that there would have been real, serious consequences if Tunisian Jews did not have a safe state to flee to after Tunisian independence led to anti-Jewish persecutions. He also reminds us that, when Sephardic, Magrebhi and Mizrahi Jews now outnumber Ashkenazim in Israel, it is far too simplistic to label Israel a strictly European colonialist project.

Perhaps most importantly, Memmi warns the Jewish left against a too easy romanticization of powerlessness and exile as being positive states, something easy to do when you live in relative comfort in the United States, but harder when facing real suffering and disempowerment. When the Jewish left is increasingly attracted to romanticizing failed diasporist political movements like Bundism, Memmi reminds us that defining Jewish culture in terms of oppression, suffering, and beautiful failures can hold us back, that it can be “the very negation of a living and lively Jewish culture.”

But Memmi also reminds an Israeli right now pledging to annex the West Bank that when a formerly oppressed and marginalized people acquires power, it should not forget its oppression and turn against other minority communities. That was the mistake Tunisian independence advocates made when they responded to overthrowing their subjugation at the hands of French colonialists by turning against their nation’s Jews, and it is a mistake too many modern Zionists are making, too.

Memmi’s great lesson was about rejecting simple binaries that would divide the world into the powerful oppressors and the powerless subjugated, and define political virtue and vice on those terms. Early in life, he saw colonialism as a system that “chained the colonizer and the colonized into an implacable dependence” which complicated simple binary power dynamics of oppressor and oppressed. At a time when Jews facing rising anti-Semitism in the U.S. and globally, even while the Israeli government turns increasingly towards oppressing its own minority communities, Memmi’s lesson that one can be at once oppressed and oppressor is more timely than ever.

Of course, Memmi’s rejection of simple binaries is why neither right nor left have found him terribly useful in recent years, and why his recent death passed by with little notice.

Memmi was full of contradictions from the start. Instead of choosing identities between “Arab” and “Jew,” identities often pitted against one another because of the Israeli-Palestinian conflict, Memmi proudly insisted on identifying as a “Jewish Arab,” with all the tension and paradox such a divided identity implied. He claimed Tunisian Jews were uniquely qualified to judge colonialism from both sides because they were in a permanently divided state, belonging fully to neither colonizer nor colonized, that “I was a sort of half-breed of colonization, understanding everyone because I belonged completely to no one.”

And that belonging to no one is precisely what makes Memmi so challenging, and so necessary, today.

The last of his kind: ‘Jewish Arab’ Albert Memmi leaves a vital message about Zionism