I faced anti-Semitism growing up. It pales in comparison to the racism my Black Jewish children face 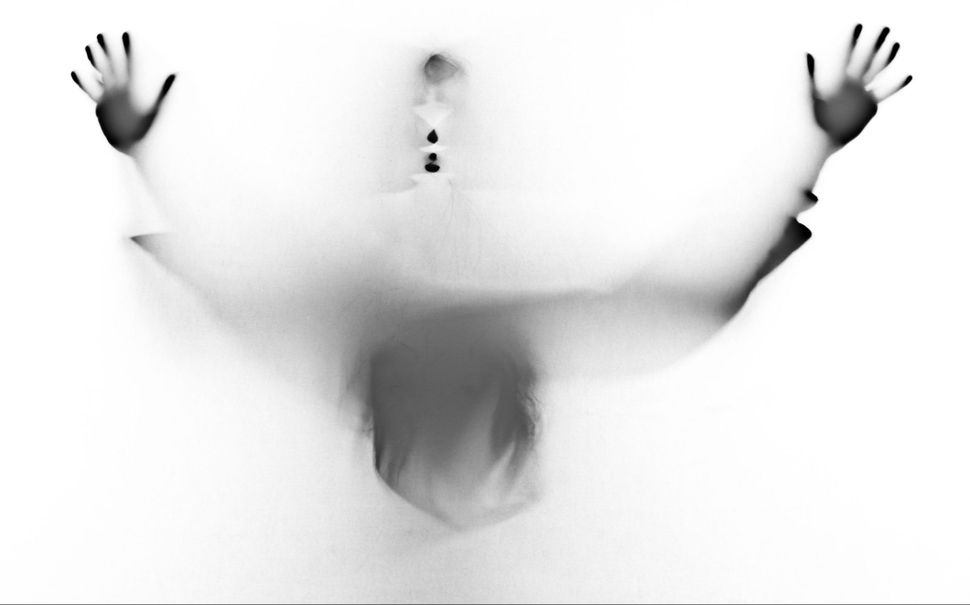 It’s the 1960’s. There aren’t many Jews on the block where my chaotic post-Holocaust, fear-nurturing Jewish family lives, in this genteel Toronto neighborhood. There are fewer Jews at my primary school where we learn to sing “Jesus Loves Me,” “Onward Christian Soldiers” and “Rule Britannia.” Like zealots, we are taught to belt them out.

Too young to understand that I’m being instructed to transgress, all I feel is shame at singing these songs so clearly meant for someone else. I want the Jewish God to forgive me and I want my mother to intervene. Perpetually frozen in intergenerational trauma, she cannot.

So I try. I change my intonation and proudly wear a pink plaid kilt with a large pin. The kilt is a sure give-away, but I think it works. I am included at birthday parties where my classmates’ benevolent mothers, members of restricted clubs, ask me, “What do your people do?” I think I am accepted, even if in the schoolyard, the daughters of these mothers say they like me even though I am Jewish.

That was then. Now, as white Ashkenazi Jews, we live comfortably in urban neighborhoods; our public schools are secular and we belong to once-restricted private clubs. We no longer need to wear pink tartan kilts because we have gained white privilege.

This isn’t true for Ashkenazi Jews of color subjected to systemic anti-black racism and, tragically, from many white Jews. I feel it personally because my children are mixed-race Jews. While it’s painful to reflect on being othered in my White Anglo Saxon Protestant neighborhood, it’s more painful to reflect on how my mixed-race Jewish children are othered by their fellow Jews. 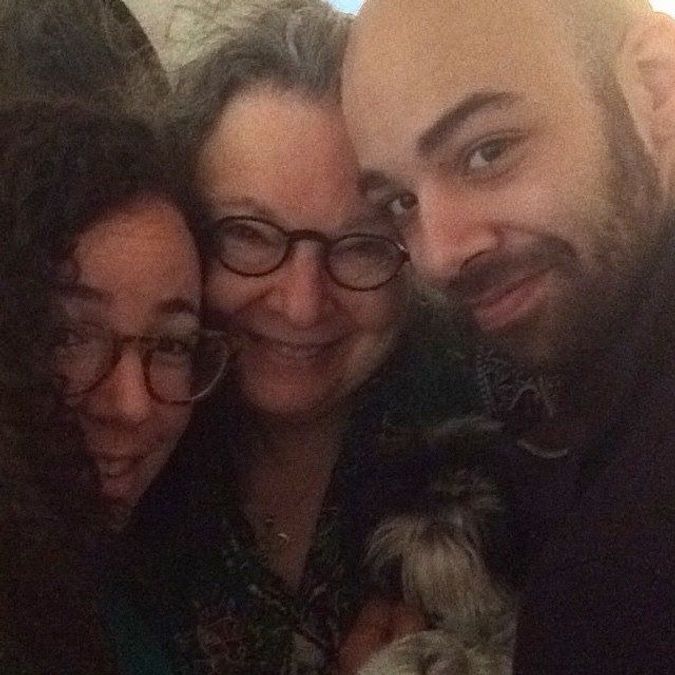 The author with her children. Image by Channa Verbian

The chutzpadik questions and microaggressions began before my children were born. My mother’s eldest sister asked first. A strident supporter of Humanists International, she said she didn’t care who I married because “We are all human.” The unabashed qualifier came next: “But I hope you aren’t having children.” Shocked, I didn’t respond.

My mother’s other sister directed her question at herself. “Do I care what color he is? A goy is a goy.” My mother, afraid of this sister, told me she was relieved by this response.

The questions changed after my first child’s birth. Peering through his reflection in the nursery glass, my religiously observant uncle asked, “Which one is it?” When I pointed to my light-skinned “it,” he seemed confused.

Other questions were frequent. Too many to recall asked me “Are you raising them Black or Jewish?”

My parents, who spent their Saturdays with my children, got the comments, too. Passing a table at a popular kosher dairy restaurant, my father overheard a couple loudly proclaim, “Must be adopted.” Incensed, he made his way back to their table to aggressively admonish them: “No way, they are my grandchildren and I’m proud.”

Still, this man who kvelled over his grandchildren had no problem telling racist jokes. “What do you call a one-year-old black baby?” he once asked me with a mischievous glint. I suspected the answer and responded, “I don’t want to know.” He supplied it anyway, and it contained a Yiddish slur. When my mother chuckled, I was shocked. My mother, who modeled lashon hara, admonished racist speech, racist jokes and derogatory or belittling representations of others.

There were many microaggressions manifesting in questions, comments and actions. Some were directed at my children’s father. Others were directed at our family unit. Once after dinner, my humanist aunt — a bibliophile and a voracious reader — asked my children’s father why Malcom X was critical of Jews. Before he could answer, my cousin, my aunt’s teenage granddaughter feigned a southern accent, offered watermelon, then winked.

The behavior of another cousin on my father’s side wasn’t subtle. Meeting for the first time at a relative’s funeral, she turned her back on my children’s father unwilling to shake a black man’s hand. My father’s sister offered no reasons for not wanting us to visit her in Florida. She told me I was welcome if I came alone.

My reactions to these microaggressions were visceral pain, a pain different than I experienced as a young person witnessing my extended family’s micro-aggressions towards “the help.” Like in the my father’s riddle, they used that Yiddish slur to refer to the women who tended their children, cleaned their homes, made their beds, mowed their lawns and took out their garbage, transforming them into nameless black bodies.

Perplexed by their behavior, I wondered if they were truly unaware of their racism. “Biztu ir makhstu zikh?” — Are you, or are you making yourself? my father asked when I feigned ignorance about something I did. I wanted to ask my family, “Are you unaware that your behavior is racist or are choosing to be unaware?”

If I could go back in time, I would ask my White Anglo-Saxon Protestant community a similar question: ”Are you unaware of your anti-Semitism and how diminished, othered and invisible I feel?”

I image their answer is the same, but their reason is different. As the gatekeepers of social, cultural and religious hegemony, they had the power to keep us out or invite us in. And as we assimilated and secularized, they did — incrementally — open the gates and let us in.

Have we forgotten? When we demean and other people who are different, we participate in the dominant culture’s racism. Seeing the continual murder of black bodies, we must ask ourselves this uncomfortable question: Are we truly blind? Or have we just closed our eyes?

Channa Verbian is a psychotherapist living and working in Toronto. She is the mother of two biracial Black-Jewish adult children. She can be found online here.

I faced anti-Semitism growing up. It pales in comparison to the racism my Black Jewish children face