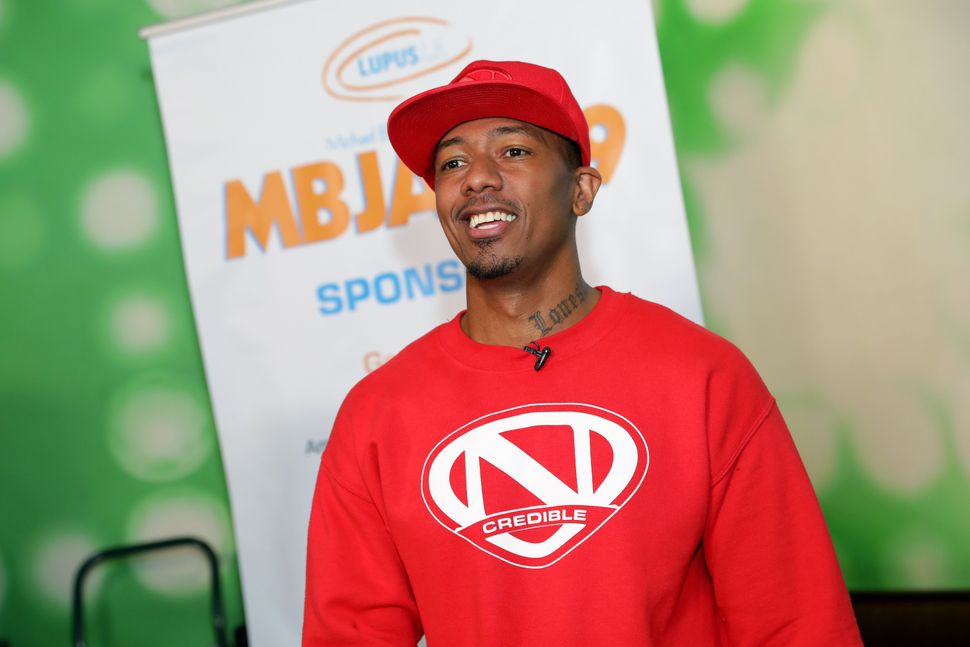 It’s a difficult topic to bring up in mixed company, but it must be said: We need to have an honest conversation about White anti-Semitism. The anti-Semitism that exists throughout the White community is frightening. Many people know about White movie star Mel Gibson, who famously said that “the Jews are responsible for all the wars in the world,” and went on to make a film about the life and death of Jesus, replete with the classic White antisemitic charge of deicide. But Gibson is only one of many White figures over the years to have fallen under the spell of White anti-Semitism. Take for instance, renowned White director, Lars von Trier, who publicly said, “I understand much about [Hitler] and I sympathize with him.” Or the White fashion designer, John Galliano, who shouted at a Jewish woman outside a Paris bar, “f___ing ugly Jewish b___h.” And, this year, in an interview with Hamas TV, White musician Roger Waters utilized a classic anti-Semitic slander to call Jewish casino magnate Sheldon Adelson “a puppet master” who is “pulling the strings of Donald Trump, [Secretary of State] Mike Pompeo, and what’s his name… the ambassador, Greenberg, I think his name is.”

In recent years, White candidates for office in at least five races against Jewish candidates distributed campaign mailers featuring Jewish candidates grasping at piles of money. And just this year, a post shared by officials of our White president on his “Team Trump” Facebook page featured the infamous red triangle, forcibly sewn on the uniforms of gentiles in concentration camps who had assisted Jews during the Holocaust. This is of course is the same White president who told a room full of Jews, “You’re not gonna support me because I don’t want your money. You want to control your politicians.”

Meanwhile, as Covid has continued to decimate America’s cities, demonstrations led by White activist groups nationwide have featured numerous anti-Semitic and Holocaust references, including swastikas and death marches. In Michigan, White demonstrators hoisted a blow-up doll of governor Gretchen Whitmer dressed in a Hitler mustache and Nazi armband, and a poster proclaiming “Heil Witmer” underneath a crudely drawn swastika.

And who could forget the murderous rampage of White violence that consumed the lives of Jews in prayer at synagogues in Pennsylvania and California?

Though it might not be popular to say it, White leaders have been silent about White anti-Semitism for far too long. Every White-led organization should speak clearly and forcefully to denounce the scourge of anti-Semitism anywhere and everywhere it shows up in the White community.

Please don’t get me wrong. This is not a call to completely disengage with White organizations or White people. But citizens of good conscience must cut all ties to Whites who refuse to recognize the problem that the White community has with Jew-hatred.

The previous paragraphs, you may have realized by now, represent a thought exercise: What would it be like if White folks were treated like Black folks when they expressed anti-Semitic ideas?

No doubt you’ve read about anti-Semitic social media posts by football player DeSean Jackson and former basketball player Stephen Jackson, as well as the anti-Semitic theorizing that entertainer Nick Cannon shared on his podcast. The condemnation of those posts came swiftly, as it should have.

But the commentaries that followed were as disappointing as they were predictable. In The Hill, two leaders from the Simon Wiesenthal Center decried the “absolute silence from America’s Black leaders and clergy” regarding anti-Semitism. More than one rabbi took to Facebook to decry the “deafening silence” from the “Black community.” The Jewish Journal, who once bemusedly considered whether von Trier’s comments were “anti-Semitic spew” or merely a “strange, stupid gaffe,” ran a breathless editorial listing numerous examples of celebrities who have shared anti-Semitic messages, almost all of whom, like DeSean Jackson and rapper Ice Cube, happen to be Black.

To their credit, all three men took steps to take responsibility for their hate speech. DeSean Jackson apologized and accepted an invitation from Holocaust survivor Edward Mosberg to meet, live, on Instagram. Stephen Jackson, similarly, spoke on camera with Rabbi David Wolpe, saying “your hurt and our hurt is no different.” Cannon wrote that he “must apologize to my Jewish Brothers and Sisters for putting them in such a painful position.”

But for some, it would seem, no forgiveness is possible. Mitch Albom wrote extensively about both athletes in the Detroit Free-Press, bemoaning the fact that “anti-Semitism doesn’t cause the same fury as other prejudices,” apparently oblivious to the fact that he has a platform in a national newspaper to express that very fury. DeSean Jackson’s meeting with Mosberg was dismissed as a publicity stunt by some on Facebook and Twitter, where commenters were less open to the possibility of Jackson’s t’shuvah than an actual Holocaust survivor.

The message is clear: If you are Black and say something anti-Semitic, no act of contrition will ever suffice. But if you’re White and say something anti-Semitic, you are subject to the punishment of, in the case of Lars von Trier or Mel Gibson, receiving accolades for your filmmaking. Or, in the case of Kevin McCarthy, reelection to your House seat.

There would seem to be separate sets of rules at play here. When White folks act out their anti-Semitism, it’s called “anti-Semitism.” But when Black folks share anti-Semitic words or ideas, it’s categorized under the specialized umbrella of “Black anti-Semitism.”

The incidents listed above of white people saying anti-Semitic things are all real. But, of course, none of them resulted in a call for all White people to denounce anti-Semitism. Nobody has condemned the “absolute silence from America’s White leaders and clergy.” No Jewish organization demanded that White America look at where its anti-Semitism comes from. Albom, in fact, lectured the Black athletes about the history of the Holocaust, as if Black and not White people had perpetrated it.

One can reliably find countless condemnations of Jew-hater Louis Farrakhan online and in print. But when President Trump appears in public as he did last December, flanked by anti-Semitic Evangelical White pastors, the outrage was hardly as widespread. The pastors, in case you don’t know, were Robert Jeffress, who has stated that Jews and other non-Christians will be condemned to Hell, and John Hagee, who claimed that Jewish bankers “spread their net of financial influence over the working man” and that Jewish “rebellion” against Jesus “birthed the seed of anti-Semitism.”

Between them, the two pastors have millions more followers than Farrakhan could ever imagine, even in his most optimistic fantasies. Most Jews have never heard of either one. You can be sure that the same cannot be said for the rest of White America, or the President.

It leaves me with a curious question: Who has more power over me as a Jew: an athlete, or a hateful pastor who has the ear of the President of the United States? An old-school rapper, or the House Minority Leader?

The answers are clear. But you would be hard-pressed to find examples of Jewish leaders calling for all White people, or even all White Republicans, to repudiate the anti-Semitism that can be found throughout the Conservative movement.

Why is that? Jews are afraid of Jew-hatred, as well we should be. Jewish history is marked by moments when it was safe to be a Jew, right up until it wasn’t. Jews live with an existential insecurity few non-Jews understand.

How do we cope with that anxiety? We could call out White people for their anti-Semitism, but that comes with a risk: Perhaps they will turn on us, resent our calls to root out the Jew-hatred within their ranks. Even though Nazism is, of course, a White invention, is it perhaps safer to condemn Jew-hatred amongst a group that White people have already marginalized, in a racial caste system so insidious that it’s controversial to even state, simply, that Black life matters?

Yes, Nick Cannon’s statements were anti-Semitic, and his musings that “we are the true Hebrews” disrespectful of the lived experience of Jews throughout the world. But White Americans have been appropriating the Jewish experience with impunity since the Puritans declared their colonial project to be the “New Jerusalem.”

And what can explain The New York Times report that “Mr. Cannon’s dismissal by ViacomCBS came after the star wide receiver DeSean Jackson was fined and disciplined by the Philadelphia Eagles”? Do Jackson and Cannon know each other? Besides their Blackness, what is the connection?

Of course, setting double-standards for Blacks and Whites is a hallmark of American Whiteness. So is holding all Black folks responsible for the misdeeds of some, falsely blaming White crimes on Black suspects, and casting suspicion upon every Black person, treating one and all as potential transgressors.

The discourse about “Black anti-Semitism,” ultimately, is a distraction from an anti-Semitism that is resurgent throughout all facets of American culture. Let’s insist that our country — all citizens of our country — talk about that.