It’s time for a revolution in halakhic rulings. 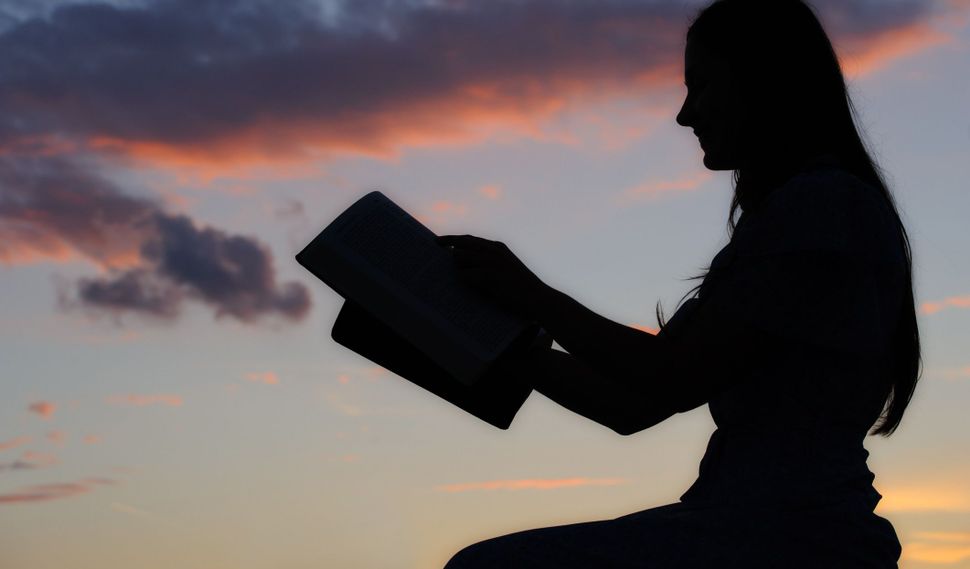 The realities of quarantine and sheltering-in-place during these last few months have created challenges for the halakhically-observant community. Halakhic decisors have issued their rulings, responding appropriately and sympathetically to these unprecedented realities.

What has largely been absent, however, is a serious engagement with the person asking the question; sympathetic psak is not the same as collaborative or empowering psak.

I can remember the exact moment when this realization hit me. It was the early years of Yeshivat Chovevei Torah, the rabbinical school of which I am now the president. We had just moved into a new space. A woman came to be part of our morning prayers, and we had yet had time to erect a mechitza — the partition between men and women mandated by Orthodox Jewish law.

For the first few days, she stood off to a side without a mechitza. But once her attendance became regular, a mechitza was needed. I came up with what I thought was a perfect solution: Let her, for the time being, pray in my office with a door open to the prayer space, until a mechitza could be installed.

Weeks later, she reached out to me and told me that she was deeply bothered by what had happened.

“It might have been,” she replied, “but my problem is not with the quality of the spot that you designated for me. The problem is that you made the decision without me. Why not involve me in the decision? Tell me what parameters you are working with, and let us figure this out together.”

And at this time of year, in the lead-up to Tisha b’Av, this issue is front-and-center. There is a lot of discussion now in various social media venues regarding whether pregnant women should fast on Tisha b’Av. I myself sent out responsum two years ago, from Rabbi Nahum Rabbinovitch, z”l, the Rosh Yeshiva of Maale Adumim, who ruled that pregnant women should, under no circumstances, fast on Tisha b’Av. Although this ruling goes against accepted law, he writes, we now know the possible dangers that fasting can bring on, and this knowledge compels us to rule differently than we have in the past.

While this courageous and sympathetic ruling has been received with great appreciation by many women, there are others who have raised real critique and concern: Where are the women’s voices in this discussion? Where is the talking to them about their experience? Where is the engaging of them in the process?

Eliciting data about a person’s physical or emotional health is not sufficient. A ruling, even one that gives a blanket permission, that does not make the questioner part of the process, can erase exactly that person for whom that permission was given.

As one woman put it on social media, “Each individual woman should make this decision on her own body (and fetus growing inside of her/baby dependent on her milk), and no gynecologist… rabbi, or yoetzet halakha, can make this decision for her.”

This is exactly on the money. But I would argue for somewhere in between the two extremes that she presents. We should neither have someone make the decision for her, nor put the halakhic system aside; the posek and the woman making the decision together.

For comparison, consider the revolution that happened in medical ethics over the last hundred years. Doctors used to be guided by the principle of beneficence; the patient/doctor relationship was characterized by a paternalistic and authoritative physician trusted by an obedient patient. But this model has been replaced by what’s known as the autonomy model which places an emphasis on patient education and patient choices.

I am not recommending this radical degree of autonomy in the area of halakha. People are often not knowledgeable enough, competent enough, or objective enough, to make such decisions completely for themselves. There is a reason rabbis go to rabbinical school and doctors go to medical school. Even a doctor, I imagine, does not share with the patient procedures that she deems to be without medical merit, and a posek should not present halakhic positions that she believes are completely invalid.

But it is the posek’s responsibility to lay out the different positions that she believes are legitimate and their relative merit, to present the questioner with the parameters of the various rulings, and to work out together what is the best psak for that individual. In the medical profession, this model is known as “shared decision making.”

What we need is to transition away from issuing a binding and authoritative ruling and towards a process of providing religious and halakhic guidance.

This approach may be anxiety-provoking for questioners (as well as for some rabbis). Many people just want the rabbi to tell them what he thinks is the best ruling for someone in their situation. That is fine, but that should be the choice of the one asking the question, not the rabbi’s. Even in such a case, the rabbi may want to consider encouraging the questioner to be involved in the process, so that they may take a degree of ownership over their religious lives and grow in the process.

In the end, this is a Tisha b’Av story. Prior to the destruction of the Temple, there was a central religious authority, the Sanhedrin, which issued rulings from on high and saw its goal to resolve all disputes and to have one, uncontested law.

But then the Temple was destroyed, and the Oral Law flourished. The center of religious authority moved to the Torah center at Yavneh, which saw as its very first task the preserving of traditions, even those remembered by the lowliest artisans, and the recording of minority opinions so that they could be relied upon in exigent circumstances.

Halakha became more multi-vocal and more participatory. The fecundity of the Oral Law continued to grow, and halakhic authority became more decentralized, with different rabbis ruling differently for their respective communities. Human beings — halakhic decisors, at this stage — had greater and greater voices in the meaning and possibilities of Torah and halakha.

And now we arrive at our era.

The next stage in this process is for all of us to take responsibility in, and be a central part of, the halakhic process.

This is no doubt scary for many, but I believe that when rabbis and the laity begin to work and partner together in the shaping and applying of halakha, will we be able to achieve a true state of religious adulthood and begin to lay the foundation for the messianic period.

It’s time for a revolution in halakhic rulings.