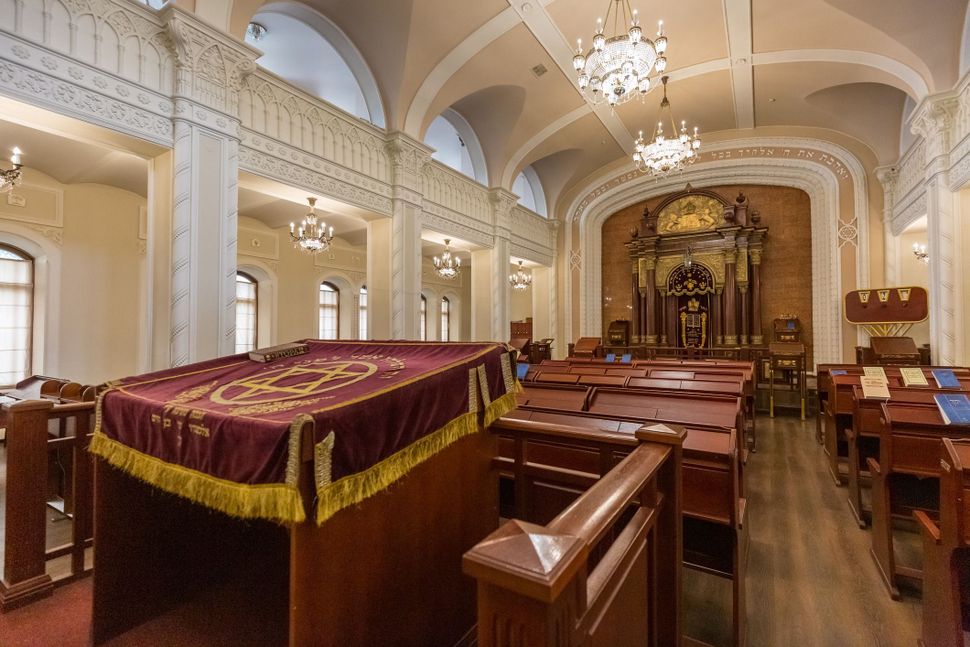 Rosh Hashanah is just a few weeks away and our synagogues remain closed with no real sense of when COVID-19 will be sufficiently controlled for them to reopen. The situation has caused many in the Jewish community, from rabbis to young families to lay leaders, to question whether synagogues — physical spaces where we fulfill our spiritual needs — will continue to have a place in the Jewish landscape in the foreseeable future.

But the truth is, long before this pandemic hit the nation, membership and engagement with these institutions had been on the decline, with countless thought pieces questioning whether these anachronistic institutions will survive.

With COVID-19 keeping synagogue doors closed and changing the nature of community engagement, it is certainly possible that the rate of synagogue decline may intensify. But there’s another possibility that’s a little less depressing.

Data from the AEI COVID-19 and American Life Survey, which was collected during the height of the recent lockdowns, shows that just being a member of a religious institution has had significant positive impact on the mental health of members and seems to promote community ties.

These positive effects may be critical in making a case for why these religious institutions still matter, and why synagogues should be both preserved — and renewed — within the Jewish community.

The survey asked thousands of Americans if they belonged to a local church, synagogue, mosque, temple or other house of worship — “even if you do not attend religious services regularly.” It also asked people questions about their mental health during the pandemic. What the responses revealed was that those Americans who were part of some organization reported appreciably better states of mental health — whether or not they were able to step foot in that house of worship.

Relatedly, 39% of those who said that they are atheists – defined here as those who do not believe in God – and 50% of those who say that their religion is “nothing in particular” reported being lonely a few times a week or more often. These figures are non-trivially higher when compared to those who report being followers of a particular faith such as Roman Catholics (35%) or mainstream Protestants (30%).

Statements about depression look similar to loneliness in the survey data as well. 41% of Americans who are not members of a religious institution report feeling depressed a few times a week or more often compared to a notably lower 30% for those who are members.

Roughly 30% of those who are members of the Roman Catholic faith or are Mainstream Protestant said that they have been depressed a few times a week or more often, compared to 43% of agnostics (those who are not sure if there is a God) and 47% of those who say “nothing in particular” about their faith.

These are appreciable differences based on faith. But the good news for the faithful extends beyond mental health. Being a member of an organized religious group also reflects more charitable giving. When asked if one’s household has increased charitable giving or donations to local nonprofits, 27% of members said yes, compared to just 17% of non-members.

And there are positive impacts in terms of one’s neighborhood as well: 63% of members of a religious institution know their neighbors very or fairly well, compared to a much lower 46% of non-members.

These positive impacts are evident across numerous demographic groups and are particularly powerful among younger Americans who are much less likely to be members of these religious organizations and regularly report being more lonely and isolated than older Americans. And even among the young, the data repeatedly show that just being part of a religious organization has a powerful impact on issues of isolation and sociability. Gen Zers are far less lonely or depressed when they are simply members, regardless of whether or not they set foot into a house of worship. Similarly, the data show that membership increases connectivity with others, just like it increases generosity.

We can conclude from all of this that being formally part of a group has a strong impact on mental health, whether or not you are able to physically show up in a house of worship. These findings are particularly relevant during a pandemic, when people are lonely and unable to congregate.

While the findings are for all Americans, the data makes a strong case the need to sustain synagogues as community anchors.

The data can’t tell us which way the causality goes. It may be the case that more sociable people join synagogues, making them less lonely due to their personalities. Or it may be the case that being a member of a shul simply enhances one’s connection to community and thus makes one less lonely. But the data conclusively indicates that there are real and meaningful differences when you’re a member of a formal religious organization. When COVID-19 subsides and doors of synagogues can re-open and welcome their communities back inside, we should recognize the positive power of these institutions and rethink their role in the Jewish community. Their very existence promotes better mental health and strong communal bonds.