Is this the end of the Palestinian cause? 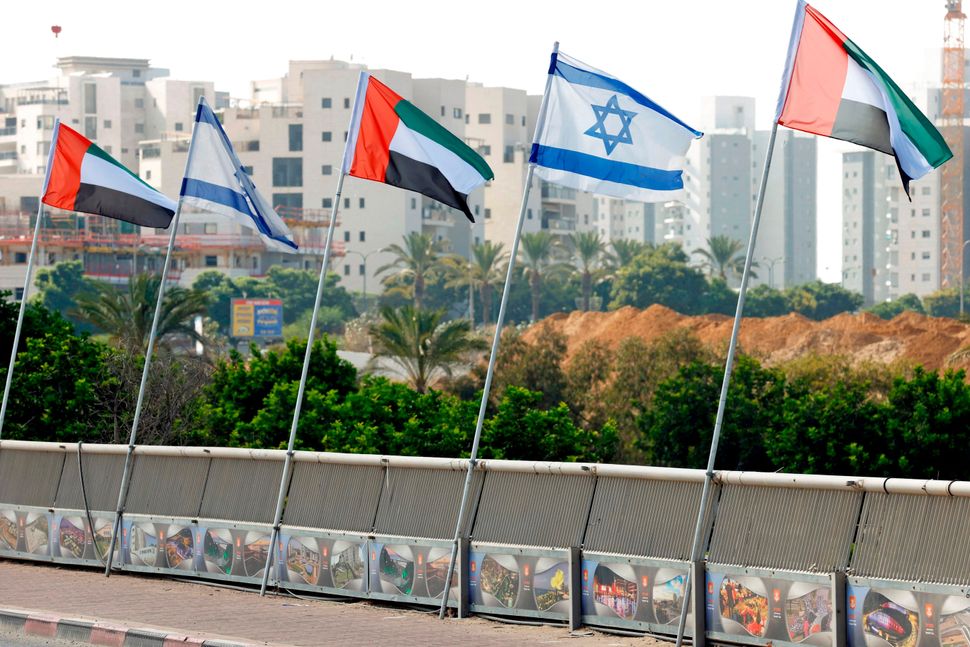 The Israeli-Emirati deal establishing formal diplomatic relations is merely the latest blow dealt to the Palestinian people. The Palestinians are facing an unprecedented confluence of deleterious international, regional and domestic developments that make their dream of an independent Palestinian state increasingly remote.

The normalization announcement was met with dismay by Palestinians, who rejected the Emirati characterization of the tradeoff they made with Israel as beneficial to Palestinian interests, as it forstalled an annexation of parts of the West Bank.

During a call with President Trump and Prime Minister Netanyahu, an agreement was reached to stop further Israeli annexation of Palestinian territories. The UAE and Israel also agreed to cooperation and setting a roadmap towards establishing a bilateral relationship.

Indeed, the threat of annexation had largely disappeared by the time President Trump announced the establishment of UAE-Israel ties due to opposition from Netanyahu’s coalition partners and signals from the White House that Netanyahu would not be able to push for annexation without giving Palestinians something in return.

The UAE-Israel deal comes at a time when the Palestinian national struggle is at the nadir, with global, regional and domestic dynamics all working to their detriment, making the prospects of ending Israel’s military rule over the Palestinians particularly dim.

Two axes, the West and Iran, are a rock and a hard place for Palestinians

In the regional arena, the deterioration in the standing of the Palestinian cause has been rapid and stark. The Middle East is largely divided into two axes, both comprised of corrupt authoritarian regimes or groups who work to stymie any efforts for democratic change at home and abroad.

The first reactionary axis includes most Arab Gulf regimes, Jordan, Morocco, and Egypt. Israel is a not-so clandestine member of this axis, which sees Iran and the Muslim Brotherhood as the main threat to their rule. Members of this axis are increasingly more comfortable publicly expressing their disregard for the Palestinian cause, and have taken steps to normalize relations with Israel, without conditioning it on even merely making progress toward ending the occupation. The Emirati move is the boldest, but only the latest, step in this direction.

The second reactionary axis, which terms itself the “resistance axis,” officially champions the Palestinian cause yet offers them no realistic path toward liberation. Members of the axis have instrumentalized Palestinians using them as cannon fodder in the struggle for regional hegemony and in utterly unsuccessful attempts to destroy Israel.

When Palestinians appear to oppose the oppressive rule of members of this axis, they quickly become its victims. Thus, the Assad regime killed at least 4,048 Palestinian-Syrians since the start of the Syrian civil war in 2011; 618 of them were tortured to death in detention.

Among the people of the region, the Palestinian cause still commands significant support, but with domestic political and economic challenges, the Palestinian issue now appears somewhat obsolete.

In countries that are part of the pro-Western reactionary axis, even citizens who continue to view the Palestinian issue as a highly important one face hurdles when trying to mobilize for it. By controlling the media and penalizing free speech, these regimes are able to both silence those who sympathaize with the Palestinian cause, and saturate the public sphere with messages that prepare their subjects for normalization with Israel.

Thus, following the announcement of the deal, a Syrian contact working for a Saudi-financed outlet asked this author for Israeli experts to comment on normalization with the UAE. “We only want experts supportive of the deal,” he clarified.

Globally, European capitals that once pushed Israel to limit settlement growth and avoid taking steps that would preclude the establishment of a territorially contiguous Palestinians state, have largely disengaged from the Israeli-Palestinian file. The civil war in Syria produced massive refugee flows toward Europe and increased the vulnerability to domestic militant attacks by ISIS cells. These, in turn, contributed to the rise of the populist Right, which manifested in the successful Brexit campaign. The populist Right is largely antagonistic to Palestinians, and EU members where the populist Right is on the ascendance have blocked efforts within the EU to censure Israel for its human rights abuses. Even countries with ruling liberal parties, such as France and Germany, have had to turn inward to face these domestic and European challenges, rather than seek to try to ensure an ally abides by human rights standards.

In prior decades, the Israeli-Palestinian issue received an outsized degree of attention from Western capitals. In part, this engagement was spurred by the belief that solving the Israeli-Palestinian conflict would be beneficial to the national security of Western countries. The military rule by an ally of the West over millions of Muslims was seen as a major cause of anti-Western and extremist sentiment. Thus, the argument went, ending the occupation would reduce the appeal of extremist groups and make Western countries safer and attacks on them less likely.

The genocidal violence of ISIS, which did not stem from the occupation of Palestinian lands, and turmoil in Syria, Libya and Yemen, all undermined the centrality of the Israeli-Palestinian issue and the linkage made between it and the national security of Western countries. Engagement and investment of political capital in the Israeli-Palestinian issue now appears like a luxury European capital can ill afford at a time when Europe is attempting to shield itself from the ramifications of civil war and state collapse in Syria and Libya, points of origin and transit of massive flows of refugees.

In the United States, the rise of the populist Right brought into office President Trump, who appointed a coterie of advisers on the Israeli-Palestinian issue who have been long-time supporters of Israel’s settlement project. Some positions of these advisers are to the right of Netanyahu. For example, the decision to defund UNRWA, the UN agency that provides basic services and humanitarian assistance to millions of Palestinians, was initially opposed by Netanyahu, due to fears that it would lead to starvation and instability in Gaza, where most of the population is reliant on UNRWA aid for its subsistence.

The activist Left, particularly prominent on college campuses, continues to offer support to the Palestinian cause, yet it has an extremely limited impact. Their Boycott, Divestment and Sanctions campaign has failed to harm Israel’s economy or bring about greater scrutiny of Israel’s human rights abuses. These activists have also gotten preoccupied in recent years with causes that appear more pressing, such as racial justice, #MeToo, countering the rise of the populist Right and climate change.

Dynamics within Israel also inspire pessimism. Israeli demographic and political trends have ensured that the Israeli public continues to drift to the Right, making the prospect of Israelis choosing to end the occupation increasingly unlikely. The reduction in Palestinian violence has made the status quo comfortable, and even preferable, in the eyes of Israelis. The normalization of relations by Gulf regimes in recent years has boosted the Israeli Right, which has argued for generations that by projecting force, Israel will coerce Arab nations to accept its existence without making concessions.

The reality of the occupation remains grim. Settlement growth continues, while living conditions in blockaded Gaza are becoming even more unbearable: Even before the COVID-19 economic slowdown, the unemployment rate in Gaza stood at 45.5%, while only 3% of the Strip’s drinking water is not contaminated.

Internally, the Palestinians under Israeli occupation and blockade remain geographically and politically divided. The Palestinian Authority and Hamas are both maintaining authoritarian regimes in their respective fiefdoms in the West Bank and Gaza, restricting free speech, detaining and torturing opponents. Those who seek to initiate new forms of resistance to the occupation, such as the Marches of Return, are quickly coopted and muzzled by the ruling militias. The control over the Gaza Strip by Hamas has served as a useful excuse for Israel to not even bother engaging in peace talks.

Could this misery and anger of the Palestinians end up laying the groundwork for a revolt, violent or not, that could finally rid them of the yoke of occupation?

Mass mobilization is notoriously difficult to predict but in recent years, efforts to mobilize desperate youth to carry out stabbing attacks inside Israel or march toward the walls surrounding Gaza, expecting (and even hoping) to get shot have been limited; large numbers of Palestinians have refused to participate. It appears that the majority prefer stability over continuing on the path of resistance. The high cost Israel has exacted from Palestinians, particularly in the form of large-scale destruction of the Gaza Strip, made Palestinians fear losing the little they have left. Despite the suffocating blockade and deteriorating standards of living, a majority of Gazans support maintaining a ceasefire with Israel.

Palestinian exhaustion, Israel’s drift to the Right and global and regional disregard for their plight all spell trouble for the Palestinian people. Still, it’s too early to compare the Palestinian issue to forgotten independence struggles like Tibet and Sahrawi. The Palestinian cause still commands some global attention, being the only occupation perpetrated by a pro-Western democracy that receives billions in aid annually from the United States.

Developments in the United States offer a rare glimmer of hope. In recent years, the voters of the Democratic Party, adopted more critical attitudes toward Israel’s policies. The Democrats position have been critical of the Saudi-Emirati intervention in the war in Yemen. And as Americans increasingly come to reject systemic racism at home, those supportive of ending the occupation have an opportunity to advocate for ending American support for a system of military rule that maintains two sets of laws governing the same territory based on nationality.

Ongoing grave human rights abuses in China, Burma, Syria and other countries, all met with global inaction, show that the arc of history does not inexorably bend toward justice. International indifference, normalization and Palestinian exhaustion prove to Israeli voters that the occupation can be maintained cost-free. Unless this changes, Palestinians really are at risk of becoming the next Tibetians.

Is this the end of the Palestinian cause?