The Israel-UAE deal proves the one-state solution is delusion 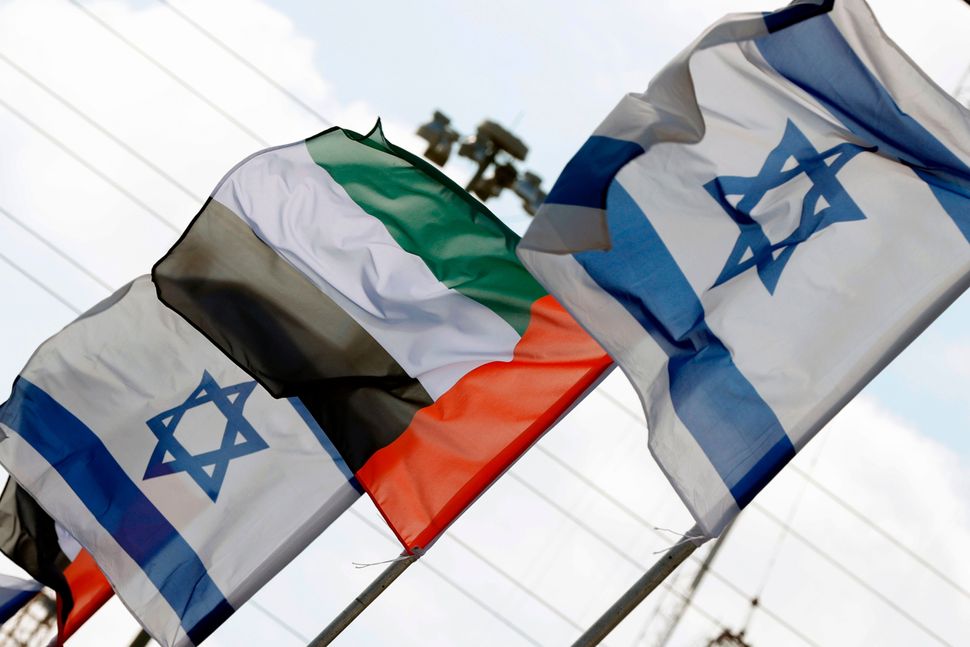 The historic breakthrough towards normalizing Israeli-Emirati relations demonstrates a sea change in the Arab world’s outlook on Israel. In a region plagued by failed or failing states, wars and radicalism, Israel is increasingly perceived as a beacon of stability.

It also demonstrates that offering the Middle East a brighter future can no longer wait for the truly noble goal of resolving the Israeli-Palestinian conflict. The Israel-UAE deal is a welcome outcome for a region destabilized by Iranian ambitions, Islamist extremism and internal strife. And a comprehensive framework for normalized Israeli-Arab relations that goes far beyond a “cold peace” not only deals a blow to the enemies of peace, but also creates an essential space for keeping the two-state solution alive.

Amazingly, there are those who continue to view the region through the sole prism of the unresolved Israeli-Palestinian conflict, to the point of suggesting the dystopian paradigm of dismantling the Jewish state into one state for Israelis and Palestinians.

The stories of the childhood of our father, Israel’s sixth president Chaim Herzog, in civil war-torn Belfast have shaped our perspective on the need for separate political entities for Israelis and Palestinians. Our father’s earliest memory was witnessing a gunfight resulting in murder. Today, some pundits cite Ireland as a hopeful example of resolving a centuries-old conflict between rival groups within one state. Yet this paradigm does not translate to the Israeli-Palestinian conflict, which involves two competing national movements with bitter history and sharply different cultural and religious characteristics, espousing conflicting narratives and aspirations over the same piece of land.

Forcing Israelis and Palestinians together into one state is highly unlikely to produce a melting pot of coexistence and equality. Rather, it would trigger an endless struggle over dominance and only inflame and perpetuate the conflict, to the detriment of both peoples.

The debate over one state or two states is particularly significant in the aftermath of last month’s 20th anniversary of the Camp David Summit. One of us was there, as well as in most peace negotiations with the Palestinians since 1993. Fresh in our memory is Palestinian leader Yasser Arafat denying that there was ever a Jewish Temple in Jerusalem. Nor can we forget his nod to a terror campaign that took the lives of over 1,000 Israelis in the wake of Camp David.

In the decades since Camp David, the Palestinians have persistently rejected or ignored far-reaching Israeli and American peace proposals. Is Israel seriously expected to make a choice between fully accepting Palestinian demands or else dismantling itself?

We also reject the assertion that the goal of Zionism is not to establish a Jewish state in the land of Israel but a Jewish home, in which Jews can communally practice and express their identity. This assertion ignores thousands of years of history of the Jewish people in their ancestral homeland, lessons from Jewish exile about how the power of our arduous history drove home the realization that only in our own sovereign state can the Jewish people exercise our inalienable right to national self-determination.

We are not here to suggest that Israel is faultless or has committed no mistakes in its relations with the Palestinians. Far from it; Israel is an imperfect democracy (though we have yet to encounter a perfect one). One of us served as head of the opposition in Israel’s parliament and openly criticized its faults in the free discourse characterizing our society.

But to view Israel solely through the broken glass of an unresolved conflict, and to take its faults to the point of delegitimizing the state, denies Israel’s unique qualities and achievements in a rough neighborhood, as well as the fact that the existence of Israel is an insurance policy for Jews around the world facing anti-Semitism.

If there is a lesson from millennia of Jewish history, it is to take the long, patient view and avoid forcing a hurried-up artificial endgame. Such an endgame will create not the utopia that its proponents envision, but rather a horrific dystopia.

The Israel-UAE deal should put to rest such flawed paradigms. We believe that Israel must constantly pursue peace, if through incremental advances, while safeguarding its vital security interests and drawing on the changing winds in the region to keep open the window for Israeli-Palestinian peacemaking.

Isaac Herzog is Chairman of the Executive at The Jewish Agency for Israel and former leader of the Israeli opposition. Brig. Gen. (ret.) Michael Herzog is a senior Fellow at the Washington Institute for Near East Policy and the Jewish People Policy Institute and a veteran Israeli peace negotiator.

The Israel-UAE deal proves the one-state solution is delusion