The lesson of Trump’s RNC speech: The Left needs to put its issues on hold for now 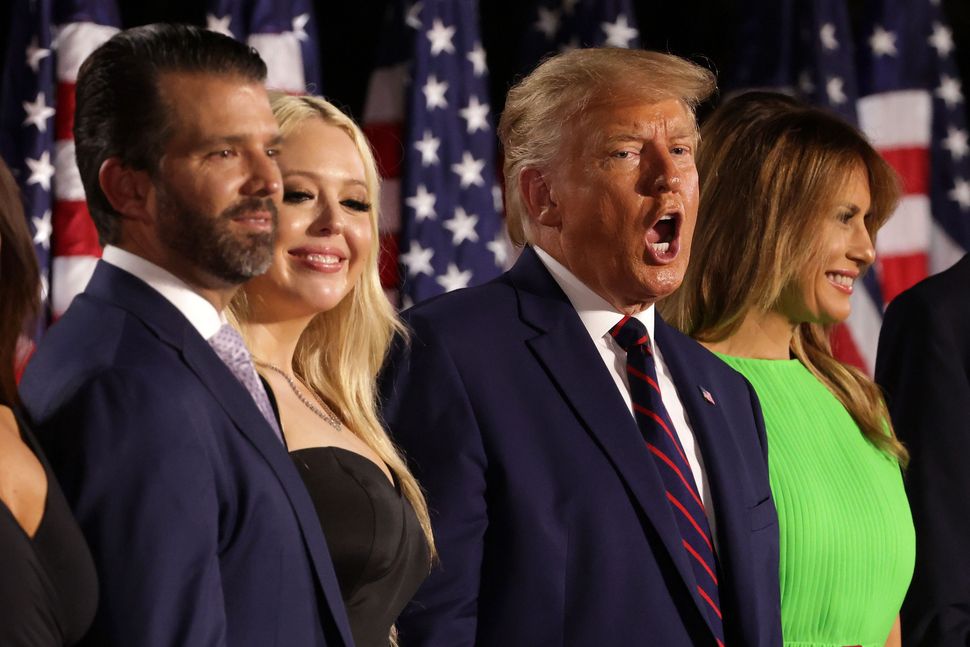 In response to the prominent placement of people of color at the Republican convention, wildly disproportionate to their ranks in the party, liberal commentators painted the GOP’s pretensions to diversity as a way to reassure center-right white suburbanites that they aren’t racist for supporting President Trump.

There is definitely some truth to this. A double-digit advantage with middle class suburban whites, particularly women, was critical for Trump’s narrow victory in 2016; polls now show his advantage has declined significantly, with Joe Biden approaching the margin of error with those voters.

But I am nervous. Like 2016, the race for the electoral college will be won on the margins, and memories of “low information” (read: not obsessed with politics) voters can be incredibly short. Trump can win and it would be a great mistake to live our lives in the next two months as if this is an extremely unlikely eventuality.

Edward Luce of The Financial Times asked on Twitter last night, “Three and a half years of poisonous resentment, rampant egotism, denigration of the weak, xenophobia against foreigners. Then four nights of Trump as the model Christian. Can America fall for this again?”

The answer is we can easily fall for this again. Or to put it more precisely, a well-positioned 40% minority could reelect a barefaced champion of their identity with the help of a modest percentage of swing voters. This minority may be amplified by tens of thousands of voters in critical states who will be lulled into complacency.

President Trump’s boring acceptance speech to a packed audience on the White House lawn, primed to spread the coronavirus that Republican speakers were desperate to pretend was behind us, was not effective for prime time. Its sedate teleprompter-y qualities resembled his 2016 convention speech but failed to match the novelty of that moment with any inspiration.

The number of memorable moments in the speech can probably be counted with the number of face masks present in the crowd, which were few and far between.

But aspects and snippets of the speech will resonate not only with the President’s base but a larger group of Americans who are not yet — or never will be — on board with the rapid social transformation proposed by the left of the Democratic Party. President Trump’s assailing of China is not only politically popular but a potential salve for his mishandling of the coronavirus. His attack on Biden as a “Trojan horse” for the far-left will take on threads of credibility if the former Vice President is forced to walk a fine line on ideas that are popular with a wing of his party but would alienate potential voters in Pennsylvania, Wisconsin, Michigan, and Florida.

The Democratic Party elite and leadership understand this, which is why they produced their convention to appeal to a diverse cross-section of the country. The shrill denunciations of the Democrats’ supposed socialism and even “Marxism” at the GOP convention were laughable to anyone even slightly familiar with these movements; progressive Democrats would, at best, be dismissed as “reformists” on the far-left. And that is what Biden’s Democratic Party is for: progressive reform, not revolution.

The left’s vision is much more expansive. I support much of that vision, including substantial cuts to police departments with the eventual goal of completely transforming criminal justice. Full police and prison abolition is probably unachievable, but it’s an aspiration that can serve as a north star, much like the starry-eyed dream of eliminating nuclear weapons motivates those committed to the important work of global arms control.

The mostly young people doing the radical work to imagine and build such a world shouldn’t stop. I admire their ideas for exactly the same reasons they are broadly unpopular in the country: They are thinking far beyond the stifling confines of the Overton window. But during the final stretch of an election campaign, the case for pragmatism over pushing the envelope of mainstream discourse is overwhelming.

The images of violence from Kenosha and other cities throughout the country, no matter how exaggerated they are by Fox News and other right-wing media outlets, will inevitably set the public agenda. The pandemic still looms large. The best thing for the left to do now is give Biden the space to speak to the majority of Americans who are horrified by police killings but do not see upheaval as the only proper response, and who believe Trump bungled the response to the pandemic but also blame China for suppressing early reports of the coronavirus and feeding misinformation to the world.

Pressuring Biden from the left is only an impactful option if he actually wins. A conscious decision to set aside differences with the Biden campaign could be rewarded later on. There certainly won’t be any political account from which to draw if it’s controlled by Trump and the Republicans if they successfully paint the Democratic coalition as controlled by its ideological vanguard.

The lesson of Trump’s RNC speech: The Left needs to put its issues on hold for now