Editorial | ‘Words create worlds:’ Some changes in our style regarding identity 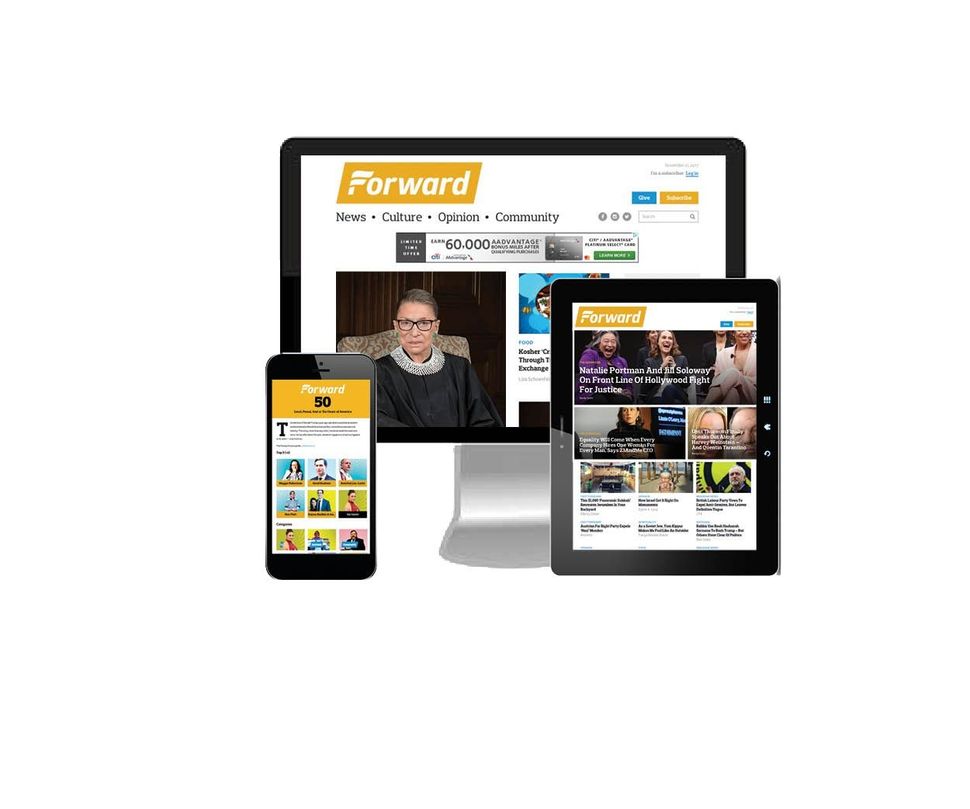 Perhaps it is cliche to use Abraham Joshua Heschel’s famous line “words create worlds” when writing about language in a Jewish publication.

It is a phrase the great rabbi, scholar and activist of 20th century American Judaism invoked often to his daughter, Susannah, when she was growing up. A Holocaust survivor, Heschel said it in relation to Nazi Germany: Hitler came to power first through his hateful rhetoric. It is rooted in our creation story: God made the universe by naming things.

And so it is a phrase I keep coming back to as we think about evolving the language we use in these pages to describe people, groups and issues in our society relating to identity.

Today we are announcing several changes in our style. We will capitalize Black, and generally use it rather than African American. We will render antisemitism without a hyphen or capital S. We will favor “Haredi,” which literally means someone who trembles before God, over ultra-Orthodox, and also use “visibly Orthodox” when that makes sense.

We will aim to use non-gendered nouns — mail carrier, firefighter, humanity, machine-made or artificial (instead of man-made) —‚ and to ask sources their preferred pronouns when appropriate. We will avoid terms like “interfaith” or half-Jewish in favor of describing the specific circumstances of someone’s relationship to Judaism (and only do so when relevant). We will say “person with a disability” or “the formerly incarcerated,” generally seeking the most humanizing terms.

We arrive at these changes after deep research and discussion by a task force led by our national editor, Rob Eshman, and including several editorial staff members — Molly Boigon, PJ Grisar and Talya Zax — as well as Tema Smith, a contributing columnist, and Jeffrey Gottlieb, a former Los Angeles Times journalist who sits on our board of directors.

I’m thankful for their rigorous and empathetic work, and their sharp insights. As journalists, we strive for simple, clear language that reflects and illuminates the worlds we’re covering. Language that does not distract readers but helps them understand complex situations and ideas. Language that is fair, humanizing and relatable. It is those principles that inform these changes.

Astute readers will notice this change has already seeped into our report, as we are announcing this change a couple of months after the Associated Press, whose stylebook we use as the mainframe to our own. We are among hundreds of news organizations to adapt the capitalization amid the racial-justice movement sparked by the killing of George Floyd by the Minneapolis police.

This is, of course, the latest in a long evolution in the terms used to describe Black people in the United States over our history. One can imagine Heschel himself speaking about how words create worlds during his involvement in the civil-rights movement in the 1960s. Black with a capital B is increasingly how Black leaders and individuals identify themselves, so it seems natural and right to do so in The Forward.

We have decided after much deep research and thought not to also capitalize “white” and “brown.” We are mindful that the National Association of Black Journalists has recommended capitalizing all color terms related to race; its reasoning is compelling. But we ultimately decided in this to follow the A.P., our default-style guide, as well as The New York Times, rather than The Washington Post.

In explaining its decision, The Post said that using the capital W “creates an awareness of white dominance and supremacy, and pushes people who are white to understand the reality of racial dynamics.” Indeed, it is white supremacists who most often use the capital W, which is one reason we hesitate.

It also still feels awkward and activist — unlike Black at this moment — which is exactly what our news organization does not want. In this, Heschel’s phrase is a caution: as journalists, we must describe the society we have, we should watch and understand how people are using words to create worlds, but not necessarily do so ourselves.

This is a decision I have been pondering since I first became The Forward’s editor-in-chief a year ago. Many of our contributors rendered the term without a hyphen or capital letter, and I found myself constantly tweaking it to conform to our (and A.P.) style.

I actually first thought that the de-capitalization was a politicized downplaying of the phenomenon’s importance, but I quickly learned that it was actually the preferred spelling of scholars in the field, led by another of our columnists, the Holocaust historian Deborah Lipstadt, who has said the hyphen’s “presence completely distorts the meaning of the word.” She and others explained that the capitalization implied discrimination against “Semitic” people, a category that does not really exist in any meaningful way in our world and in any case muddles the meaning by suggesting a broader target.

“Anti-Semitism is not hatred of Semitism or Semites – people who speak Semitic languages,” Lipstadt said at an April webinar for the United States Holocaust Museum. “Antisemitism is Jew-hatred.”

When I began thinking about this last fall, I reached out to Phil Corbett, the standards editor of The Times, who I had worked with for many years and is a leading, respected thinker on journalistic style. He told me they had not “wrestled with this recently” and reminded me that the goal of style decisions was to make the report “easy to understand, and to avoid distracting readers unnecessarily.” New in my role, I set the question aside.

For the sin I committed….Join our virtual tashlich by confessing your personal, individual transgressions. We’ll share them around Yom Kippur. Just fill out this simple form.

But when this summer of racial reckoning called for a revisiting of our style on Black, I asked the task force to also examine antisemitism. In this — unlike with capitalizing white or brown — it seems both that the world around us really has changed its usage, and that it is more appropriate for The Forward to take a leading role. (Our colleagues at the J: Jewish News of Northern California beat us to it, announcing their de-hyphenation a month ago.)

Back in July, Stephen Smith of the USC Shoah Foundation wrote in these pages that we should not only excise the hyphen, but the term itself. “Whether spelled antisemitism or anti-Semitism, neither does justice to the evil that is Jew-hatred,” he wrote.

We will start by losing the hyphen, but also use the term “Jew-hatred” when appropriate.

The task force also tackled many other terms relating to identity — identities formed by birth, by choice, and by circumstance. Some of these lacked the clarity of Black and antisemitism: we did not, for example, come up with a consensus term to replace “interfaith” in describing families whose makeup or practice includes Judaism as well as other traditions.

What we decided was to ask our sources and subjects individually about their preferences and practices; to use specific, descriptive language about someone’s circumstances whenever possible; and always to seek empathetic, humanizing terms.

To imagine what our terms feel like to the people they are describing as well as to readers. To think as everyone we cover as though we ourselves were being covered.

Jodi Rudoren has been Editor-in-Chief of The Forward since September, 2019. Follow her on Twitter @rudoren or email rudoren@forward.com.

Len Berk, the last Jewish lox slicer at Zabar’s, joins Melissa Clark of The New York Times and Jodi Rudoren for a pre-Yom Kippur conversation about all-things-appetizing. Register here for the Sept. 22 chat.

Editorial | ‘Words create worlds:’ Some changes in our style regarding identity