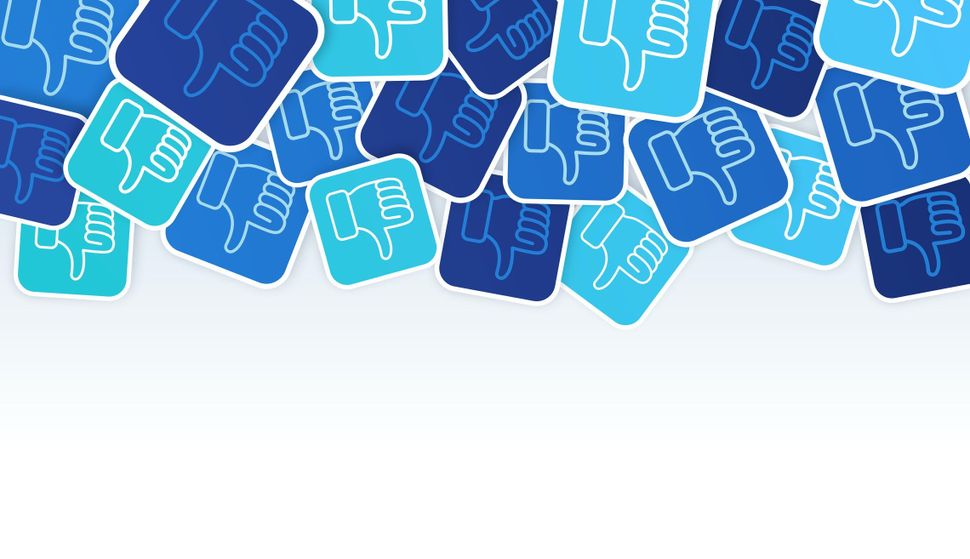 “The full IHRA working definition of antisemitism provides Facebook an effective, neutral, and nuanced tool to protect Jewish users from hate speech and imagery that incites hate and oftentimes leads to violence,” write the organizations. To amplify their call, a campaign website has been launched.

But contrary to their claim, the IHRA definition is no “effective, neutral, and nuanced tool.” In fact, the IHRA definition is highly problematic and controversial. The two sentences representing the definition are unclear and indefinite, in particular the first one, which states, “Antisemitism is a certain perception of Jews, which may be expressed as hatred toward Jews” (emphasis added). It’s so ambiguous as to hardly be a definition at all. It thus does not and cannot provide an effective instrument to fight antisemitism.

It is also not neutral nor nuanced. The definition provides “contemporary examples of antisemitism” and these examples extend the definition of what constitutes antisemitism to include criticism directed at the State of Israel, for example, “applying double standards by requiring of it a behavior not expected or demanded of any other democratic nation” and “claiming that the existence of a State of Israel is a racist endeavor.” Someone displaying these behaviors or making these statements may be an antisemite, but it would require additional evidence to suggest anti-Semitic intent.

These examples can be and have been weaponized to attack, delegitimize and silence activists, experts, human rights defenders and civil society organizations criticizing the State of Israel and Zionism within the limits of freedom of speech. Even Kenneth Stern, director of the Bard Center for the Study of Hate who drafted the IHRA definition fifteen years ago, has denounced the definition’s use to undermine free speech.

Indeed, among the signatories of the open letter are many organizations that have taken the lead in weaponizing the IHRA definition, who act in close coordination with the Israeli government — which they shield from international criticism even while Israel entrenches its occupation and moves closer to formal annexation of Palestine. And these organizations have reached out to Israeli Minister of Strategic Affairs Orit Farkash-Hacohen to amplify their campaign targeting Facebook.

Their campaign is a mistake.

I, too, am deeply concerned about the rise in antisemitism around the world. Antisemitism and all other forms of racism and bigotry pose a serious threat that must be fought forcefully. I commend Facebook’s efforts to ban antisemitic content and encourage it to intensify them. But the effort to combat antisemitism will only succeed if Facebook’s policy and approach are rooted in integrity and universality, and are perceived by its wider community of users as credible and sincere.

The IHRA definition of antisemitism doesn’t meet these essential standards. Adopting it would be a trap for Facebook and its users. It would be used as a benchmark against Facebook, exposing it to ongoing and increasing pressures to remove content interpreted as violating the “contemporary examples of antisemitism” attached to the IHRA definition.

Considering how the IHRA definition and its examples are being used in the public domain, this could have far-reaching implications for Facebook and for freedom of speech. Someone criticizing Israel in a way perceived as a double standard could then be accused of antisemitism under Facebook’s corporate policy. Somebody embracing Anti-Zionism and supporting a democratic one-state or binational solution to the Israeli-Palestinian conflict could be booted from Facebook, as could someone blaming Israel for institutionalized racism (a common accusation against almost any country across the globe).

One can certainly disagree with these utterances. But such opinions are legitimate, and also held by many Jews around the world. Suppressing such opinions doesn’t boost the fight against antisemitism, but undermines it.

With 55 other scholars specialized in antisemitism, Jewish and Holocaust history and the Israeli-Palestinian conflict, I have just sent my own letter to Facebook’s Board of Directors warning them against adoption and application of the IHRA definition. We call on Facebook to fight all forms of hate speech on Facebook. But don’t do so by adopting and applying a politicized definition of antisemitism, which has been weaponized to undermine free speech, in order to shield the Israeli government and to silence Palestinian voices and their supporters.

Prof. Amos Goldberg teaches at the Department of Jewish History and Contemporary Jewry at Hebrew University of Jerusalem, Israel. Find the letter he sent to Facebook with the full list of signatories here.