What to do with the Trump Jews? 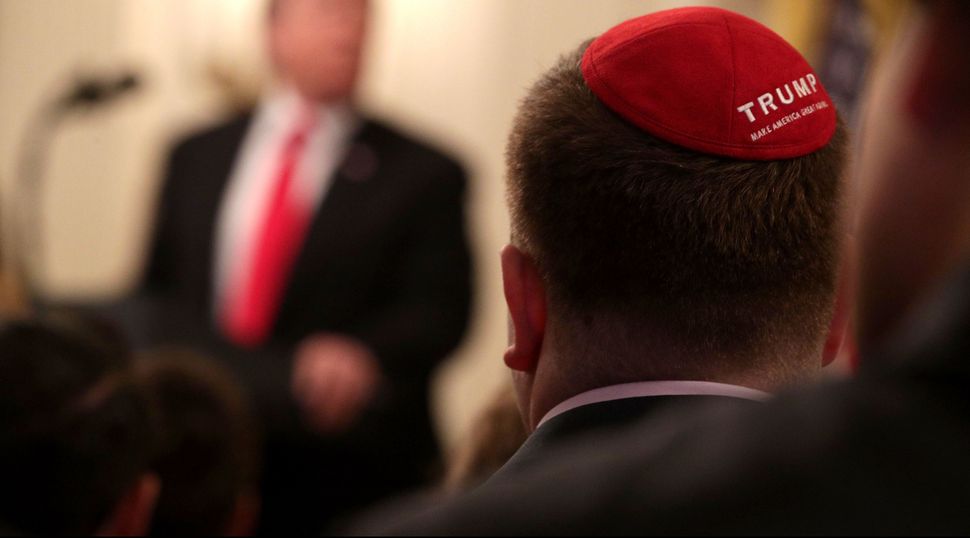 I have spent a great deal of time thinking about how the American Jewish community will grapple with the post-Trump era, which I hope and believe is months rather than years away. Leaders of mainstream Jewish institutions appear to be too sanguine about the health of communal discourse. Two news items this week put the matter into sharp focus.

Two-to-one may sound like a lot, but the truth is, if this result materializes on Election Day, it will represent a considerable gain for Trump from his 2016 performance with Jews. Far from serving as a disillusioning experience, the Administration’s record in office seems to have increased the number of Jews in the president’s column. After four years of Trump as president, more Jews want four more years.

It’s astonishing, and disheartening, just like a second piece of news that emerged earlier this week: The Conference of Presidents of Major Jewish Organizations, an umbrella group representing the biggest Jewish institutions in the U.S., dismissed an internal complaint from members against the Zionist Organization of America and its caustic president, Morton Klein. The Conference also dismissed ZOA’s retaliatory complaints against those members.

Much has been said, including by this writer, on the merits of the arguments against ZOA and Klein. It has been clear for some time that Klein and his friends long ago “captured” a legacy organization and have turned it into a vehicle for their extreme right views.

But placed into the broader context of asymmetric polarization in the United States, where the center of the right has moved far to the right, ZOA is arguably a worthy representative of proud Trump Republicans in the Jewish community.

In other words, though honorable Jewish conservatives are well-represented within the “Never Trump” camp on the right, the average Republican Jewish voter is on board with Trump.

Notwithstanding the organization’s relatively small membership, the ZOA worldview can’t simply be dismissed as a fringe one in the community.

This does not excuse the ZOA’s behavior, including Klein’s puerile ranting about Black Lives Matter on Twitter. Any decent, well-meaning organization in the Conference of Presidents should be embarrassed by the ZOA’s presence, and I know many of them are; I have heard personally from three, but many others have spoken to the press over the years. I hope the effort to remove ZOA from the Jewish Community Relations Council of Boston is successful.

But ZOA is, of course, a symptom, and not the malady; that would be the state of the country itself. Just as the end of the Trump presidency won’t be the final curtain for “Trumpism,” the views and sensibilities represented by the ZOA won’t go away when Klein eventually exits the stage.

Trump and his legacy will surely dog the Jewish community as it will every community with political divisions. That the Orthodox community, which tends to vote Republican in much higher numbers than non-Orthodox Jews, is expected to grow as a percentage of American Jewry, makes questions about the sustainability of “big tent” models like the Conference all the more pertinent.

What can or should be done? By dismissing the complaints on all sides, the Conference has signalled a desire to stubbornly cling to its mission of providing a unified forum of political action for the Jewish community, one built in recognition that “common interests and goals far outweigh differences.”

I believe this will prove untenable. As much as I hope the defeat of Trump will be a tonic for the country, the upcoming election seems more likely to produce even uglier divisions, quite possibly including the legitimacy of that vote. At some point the differences between liberal Jews and Jewish supporters of Trump will greatly outweigh the common interests, if that is not the case already.

It may be time to repurpose and scale down the ambitions of the umbrella organization. While there is no Jewish consensus on most political issues, there are some areas — ensuring Jews are not discriminated against in the workplace, for example, or opposing prohibitions in Northern Europe on ritual slaughter — where you can still find broad agreement. Ideally, fighting antisemitism would be another consensus issue but that, too, has been fused with partisanship.

The inescapable truth is that we are a bitterly divided community and will remain so for quite some time, possibly for good. Leaders need to cope with the world as it is, not hum past it. “Deciding not to decide,” as the Conference did in the case of ZOA vs. the present liberal majority of American Jews, will only work for so long. Eventually one side will walk and the pretensions to unity will meet a forceful end.

What to do with the Trump Jews?