American Jews are more politically engaged than ever 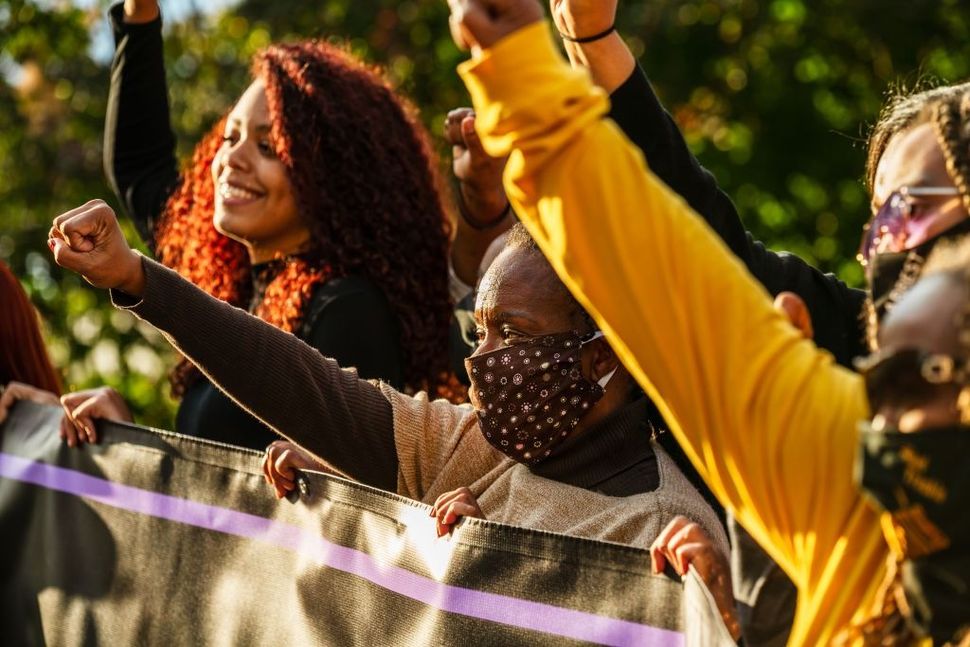 Throughout this chaotic election cycle, President Trump has frequently aired his personal suspicions about voter fraud. From his tweets to his comments during the first presidential debate, the President has repeatedly harped on this point, leading some to suggest that this is part of a greater effort to undermine Americans’ trust in their electoral system.

But is it working? The data suggests that at least for Jewish Americans, it is not.

A new survey from AEI’s Survey Center on American Life reveals that when it comes to the election, members of the Jewish American community are among the most engaged citizens across the nation, despite COVID-19. Moreover, this engagement is not limited to online activism or cutting checks; it’s real, active, and on the ground.

This data comes from a national sample, which means that the samples of Jews are not huge; there are limits to this analysis, but some general trends clearly emerge that are worth noting.

Specifically, the survey asked respondents about six various forms of political participation – from wearing clothing or showcasing a button to donating money to a cause or campaign – and on five out of six measures, those in the Jewish community were more active compared to the national average for Americans.

Jews didn’t rank higher on all forms of political participation. When it came to wearing a shirt, hat, or piece of clothing with a political message, Jews were less likely to wear something (11%) than Americans overall (15%) and highly educated whites (14%).

The survey also asked respondents if they had put up a sign in their yard or home supporting a political cause or campaign, and it asked whether or not someone donated money to a political cause or candidate. On both of these fronts, American Jews were pretty close to the average: 19% of Americans have donated money in some fashion and 12% of Americans have displayed a yard sign, whereas 21% of Jews made a donation and 14% posted a sign. This was lower than the number of white, college-degree holding Americans who had donated money, a group that American Jews by and large resemble, but who donated to political causes at a higher rate than American Jews — 27% of them had cut a check.

But when it comes to some other political behaviors, American Jews were much more active, appreciably more vocal and politically involved than most in the nation. When respondents were asked if they had contacted an elected official, about a quarter of Americans (23%) answered yes. But a considerably higher percentage of American Jews have done so — 36% to be exact. Using social media to publicly express support for a political campaign is also appreciably higher among Jews in the United States. 42% of Jews had used Facebook, Twitter, or another platform to express a political view, a much higher percentage compared to both the national average (33%) as well as other white, well-educated Americans, 34% of whom had used social media to express political views.

Moreover, the data makes it clear that as far as 2020 is concerned, Jews are generally far more participatory compared to members of others faiths; while over 40% of Jews post political material on social media, only 30% of Christians have done the same.

Finally, the survey asked if people had attended a political rally, protest, speech or campaign event. Here the national figure is 12%, a new high from a national number in the single digits that has generally been the case since the 1950s. But for American Jews, the number is even higher; almost a quarter of Jewish Americans (21%) report having taken to the streets. This is also higher than well-educated, whites, at 16%, and other major religious denominations such as Protestants (10%), Catholics (10%), and Americans who claim to simply have no religion (17%).

2020 appears to be a moment in time when Jews are stepping up and engaging in their political destiny in numbers that are notably greater than those of the average American.

This pattern of participation fits within a long tradition of intense civic engagement within the Jewish American community, which may be motivated by a number of factors. These include the fact that other survey data found that over 90% of respondents – the vast majority – agreed statements such as “Jews have a responsibility to work on behalf of the poor, the oppressed, and minority groups” and “Jews’ involvement in social justice causes is one good way to strengthen ties with other groups in society.”

The nation is now in the midst of an election where these issues are front and center. And while Jews have been leading the charge for change, it is not enough to protest, donate, and share opinions. If change is truly desired in the White House and Congress, casting ballots and ensuring that those ballots are properly counted will be absolutely critical.

American Jews are more politically engaged than ever