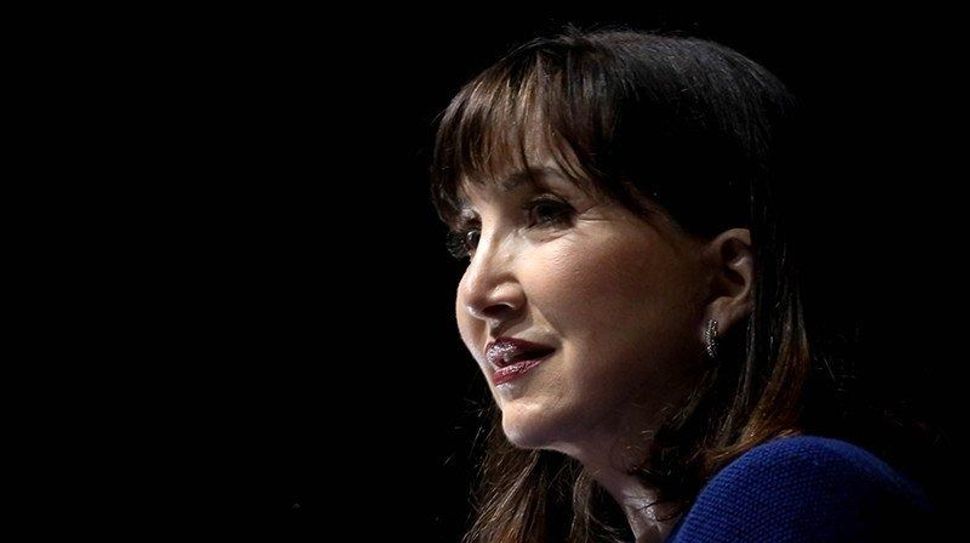 For those who make the same unfortunate calculation, there are a few options.

We could simply not vote. This, however, seems unsatisfying. If you are unhappy with the status-quo, why not use the ballot box to say so?

We could vote for one of the two major-party candidates. If you live in a swing state, this may be the best option. But, if you live in a solidly blue or red state — as I do, since I am voting in Illinois — this also seems useless. Shaming people to “get in line” and vote blindly with their “team” — regardless of who the candidates are — leaves us feeling like democracy can be nothing more than a decision between the lesser of two evils.

That’s why I’ve decided to vote for Jo Jorgensen of the Libertarian Party. If you live in a state that is sure to go Republican or Democrat, and you find voting for either President Trump or Vice President Joe Biden unappealing, a third-party candidate like Jorgensen is the way to make your vote count.

Say l’chaim with The Forward at our Come As You Are gala! Join us for a virtual evening of comedy and cocktails in challenging times, this Tuesday October 19th at 8:30 ET.

It may seem counterintuitive to the conventional wisdom, which tells us that the only way to make a difference this election year is to vote for a major-party candidate. As first-time voters, my peers and I have heard this message repeatedly. But is it really “making your vote count” to acquiesce and vote for the candidate whose victory in your state is a foregone conclusion? To me, that sounds like throwing away your vote.

The difference between voting for the lesser of two evils and voting on principle is that the latter can affect the range of our choices in the future.

In order for a political party to gain prominence and legitimacy, it needs money. Yes, money can come from individual donors or organizations. But, if Jorgensen — a successful businesswoman and lecturer at Clemson University — earns 5% or more of the popular vote nationwide, the Libertarian Party would be considered a “minor party” by the Federal Election Commission.

That would make the Libertarians eligible for public funding in the 2024 cycle. While there is debate among Libertarian leaders about whether to take such funding — the party, after all, is focused on fiscal responsibility — it would still be a huge milestone and help create a viable third-party option.

Voting Libertarian is voting for the future of a party. If your vote is, in effect, of no consequence to the outcome in your state, you can make a principled vote for a party that embraces liberty and the Constitution in a way neither the Republican nor Democratic parties do.

You can help to break the duopoly and give the next generation of first-time voters, as well as the rest of the electorate, a real third option. That would be making your vote count.

The only way to ensure our elections are ever able to transcend the binary choice between two disappointing candidates is to reject the message that choosing the lesser of two evils is an acceptable paradigm.

If you think that America deserves better, vote that way on Nov. 3.

Jack Elbaum is a freshman at George Washington University. He has written for The Wall Street Journal, Newsweek and the Washington Examiner. You can contact him at [email protected]