How wokeness on campus is seeping into antisemitism — in lower schools 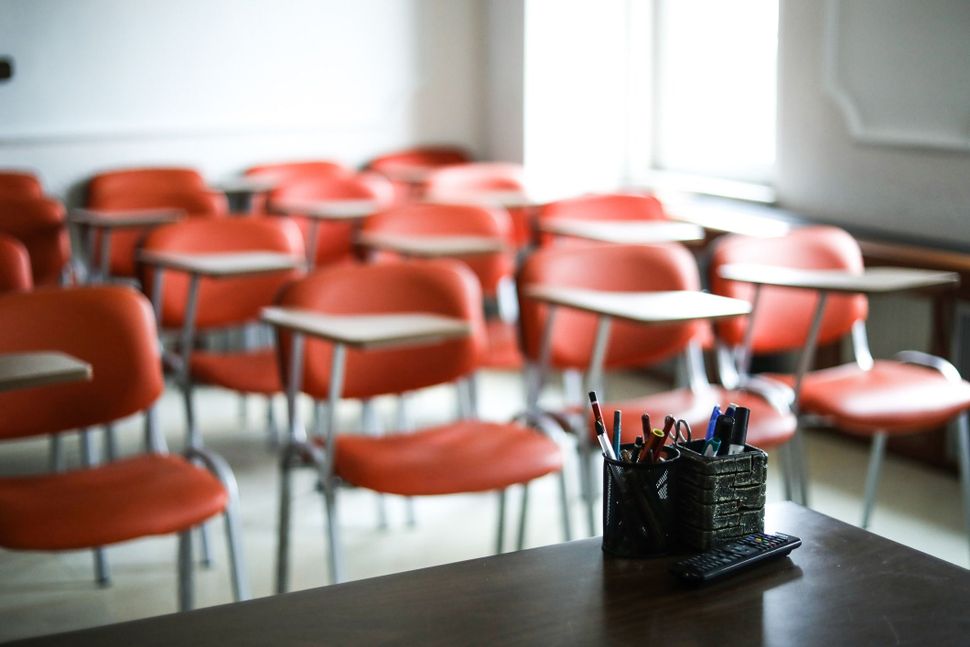 Morton Schapiro, the president of Northwestern University, did something this week that passes for heroism in these cowardly times: he stood up for himself as a Jew.

The context has become depressingly familiar. A group called “NU Community Not Cops” gathered outside of Schapiro’s house in the wee hours of Sunday morning and chanted “f-ck you Morty” and “piggy Morty,” notionally outraged that he has resisted disbanding campus police.

Schapiro responded with a letter that he felt targeted as “an observant Jew,” and the protesters in turn wrote a letter claiming that calling the president a “pig” was not intended to be antisemitic — then in the very next sentence said that they look forward to a word “devoid” of Zionism.

The campus Hillel responded by affirming that it would be “here for students,” but bafflingly declined to stand firmly behind Schapiro’s rightful condemnation of antisemitism. A follow-up note condemned antisemitism in general terms while inviting students to “process.”

What has become clear is that Jewish students, and apparently Jewish university presidents, need to fight for themselves. While campuses were already hostile terrain for Zionists, new doctrines of critical race theory and woke politics are now making them treacherous for all Jews as well.

Many might chalk up this latest eruption of ugliness as a unique university phenomenon. But the winds of change that are transforming the culture of academia are also having pernicious consequences in high schools and middle schools. Efforts to rectify long histories of discrimination are too often generating new victims: Jewish students.

Instead of making learning safe for all, schools are finding that turning on the oldest scapegoat still gets the job done. Increasingly, anti-Zionism and the tenets of a strident new dogma that sees Jews as uniquely exploitative and privileged is gaining a foothold at every rung of the educational ladder.

A particularly ugly example of this came to light in recent days. The Park School in Baltimore, originally founded as a place where Jews who were excluded elsewhere could learn, entered into a partnership with a group called the “Black at Park Organizing Collective,” which immediately accused the school of “wealth hoarding” and the ultimate sin: “tolerance of Zionism.”

Park’s headmaster, Daniel Paradis, made an admirable attempt to push back against this hate by calling out its traffic in traffic in “language and imagery that is in its own right rooted in hate,” which brought push back from a group of alumni who urged “exploration” of the “links between Zionism, settler colonialism, and anti-Blackness.”

It was hardly an isolated incident. Reporting in Tablet magazine last year revealed that Fieldston, an elite New York private school, had a long-running antisemitism problem, with an environment where Israelis were compared with Nazis, swastikas were etched in classrooms, and Jews were deemed unworthy of empathy because they were seen as “rich and white.”

A letter that went out to Fieldston parents in response to the massacre of Jews at the Tree of Life synagogue in 2018 failed to use the word “antisemitism.” The teacher who is supposed to teach about the Holocaust spends his time tweeting support for boycotting the Jewish State.

Fieldston is just a high-profile example. In New Jersey, “I h8 Jews” was written in sand along the beach, and then passed among students at the Marine Academy of Science and Technology, with one proposing that it be featured in the yearbook. Some of those same students participated in a Mein Kampf book club and identified a teacher as an “obnoxious Jew.” A Jewish student who objected was ostracized and slandered and forced to withdraw from the school despite carrying a 4.0 GPA.

In California, a proposed ethnic-studies curriculum currently under discussion at the highest levels of the state government is little more than antisemitism institutionalized and made palatable for middle schoolers. In a welcome development, Gov. Gavin Newsom recently vetoed its implementation, but its fate is still unclear.

The university, once the engine for Jewish success, has become a tragic tale of a lost Eden. The transformation of secondary schools into petri dishes of antisemitism is an even greater betrayal. Institutions that were built to offer Jews and others a place to go are becoming impossible places for Jews to be.

Parents need to speak out publicly and in the press to denounce the hate that their children experience. Calling out antisemitism does not make you a racist, and neither does asserting that self-abasement is too high a price to pay for lifting someone else up. In fact, it just drags everyone down. Administrators need to reject dogma and stand up for decency. No just world will be built on the backs of Jewish children.

We also need those children to be heroes. This is deeply unfair. But it is the reality. Rather than bending over backwards to will themselves away, they need to be as visible and as proud as possible. They need to find each other and strengthen each other and teach other self-defense: not necessarily in the physical sense, but the basic notion that their full selves — Jewish, Zionist otherwise — are worth defending.

That is the most important lesson of all, and one they, and we, need to teach and learn before it is too late.

How wokeness on campus is seeping into antisemitism — in lower schools