I’m a professor of human rights. My students taught me the danger posed by Trump. 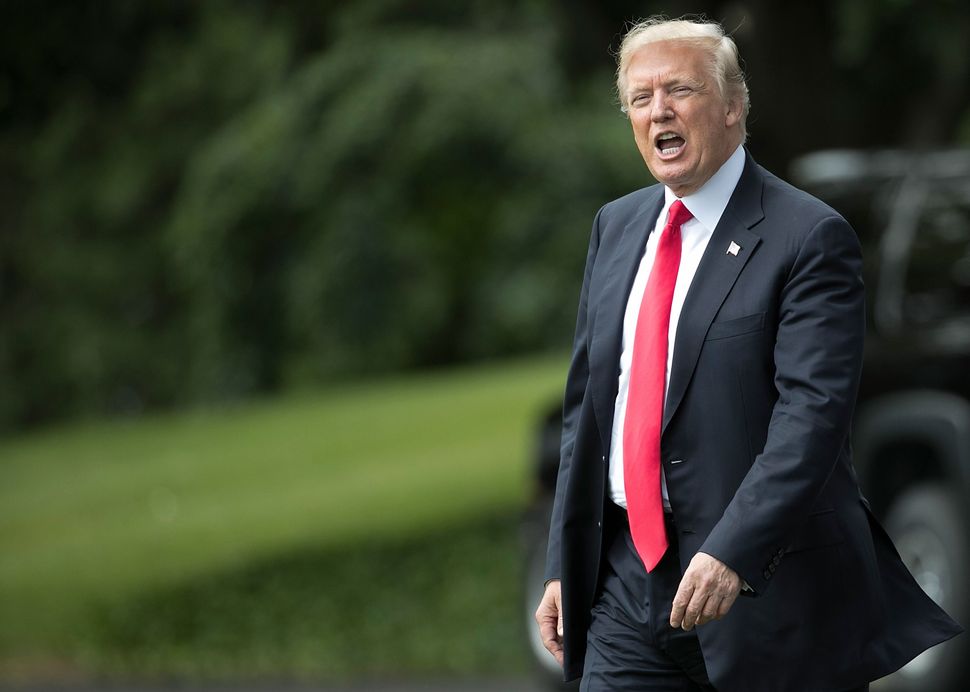 My father, a Holocaust survivor and Hungarian refugee, knew oppression when he saw it, and were he alive, he would surely have joined the majority of Jews in voting for Joe Biden during this election. But it is actually the experiences of my current students that have demonstrated to me the gravest dangers of our current administration.

As a professor of human rights, I hear harrowing stories from my students who have fled from countries that commit the world’s worst violations. I never thought I would see such similarities between these countries and the United States.

During the Trump administration, the U.S. human rights record has worsened considerably. Of course, that record has never been perfect. Our expansionist policies have done untold damage in other countries and our history of oppressing minority groups began with slavery and continues with structural racism today. But never before has our administration so blatantly and systematically thumbed its nose at human rights and democracy. The stories that have emerged remind me of those told by my most desperate and traumatized students.

One of my former students had previously worked as a civil servant, but when he pushed back against high-level authorities, he was first discharged from his position and then expelled from his country — a country he was frightened for me to even to identify for this article. This kind of distrust is now common practice in the U.S. From “Sharpiegate” — the scolding of weather forecasters for correcting the President’s altered hurricane map — to the latest initiative to get rid of civil servants considered disloyal, the Trump administration mimics leaders that the U.S. has long condemned for their intolerance of all dissent.

Another one of my students was a Cambodian refugee, and he knew well the hatred toward intellectuals that was a key feature of the Cambodian Genocide. In class, he shared the excruciating story of a family member who was imprisoned at Tuol Sleng prison for the “crime” of being well-educated enough to speak French. In a more subtle but equally menacing way, the Trump administration is waging war on knowledge to devastating effects. This includes a disrespect for intellectuals and a scorn for climate scientists, refusing to acknowledge scientific evidence that links climate change with fossil fuel emissions.

Of course, the most prominent example of this behavior is linked to COVID-19. In 2018, the President dismantled the office that was best placed to rapidly respond to a pandemic like COVID-19. For months, President Trump denied the seriousness of the pandemic, providing ill-informed leadership that gave the virus a chance to spread through the country before health care facilities were sufficiently equipped to respond. He also falsely suggested the curative effects of some substances, and his contempt for appropriate protection measures has slowed the production of personal protective equipment and stemmed investment to help states reopen safely. It is absolutely certain that some of the 220,000 dead lost their lives as a direct result of the President’s disregard for the science of infectious disease.

Then there’s torture. Hailing from Myanmar, China, and Iran, my students have broken down in tears when describing the torture they or family members endured. Look no further than our southern border for similar abuse: The Trump administration’s brutal family separation policy has torn more than 5,400 children from their families. This separation, and the way food, medicine and clothing were withheld from families in the custody of the Department of Homeland Security, amounted to torture. As is now publicly known, the administration is unable to track down the parents of 545 of those children. This is a colossal and inexcusable state of affairs that reveals a total indifference to the lives and well-being of the children and families who were torn apart.

This is the United States today: a distrust of challengers. A disdain for expertise. The use of torture against even little children. The blame for these must be squarely placed on President Trump and his enablers. Our own country is in shambles, and we have lost all credibility internationally as a protector of democracy and human rights.

Reversing these practices will not happen overnight. Four years of toxicity and incompetence have led to deep-seated economic, social, institutional, and political problems. There is much work to be done to restore U.S. leadership by affirming the rights of everyone within the country and advancing the same around the world.

But only one candidate promises to try. Joe Biden has repeatedly said he will be everyone’s president, including challengers. That he will reinstate respect for science. And that he will protect the rights and dignity of immigrants and refugees by rolling back Trump’s horrific policies.

The past four years have taught us that the descent into despotic practices can be steep and quick. I’d like to be able to show my students that a restoration of human rights and democracy can be equally rapid, that a country that was heading in the wrong direction can turn itself around. That is why I have cast my ballot for Joe Biden.

Susan Banki is a sociologist at the University of Sydney. She has written on human rights education, citizenship rights, and refugee rights. She is completing a manuscript about diaspora politics tentatively titled The Ecosystem of Exile Politics.

I’m a professor of human rights. My students taught me the danger posed by Trump.