What Trump’s inroads with Latino voters means for the Democrats 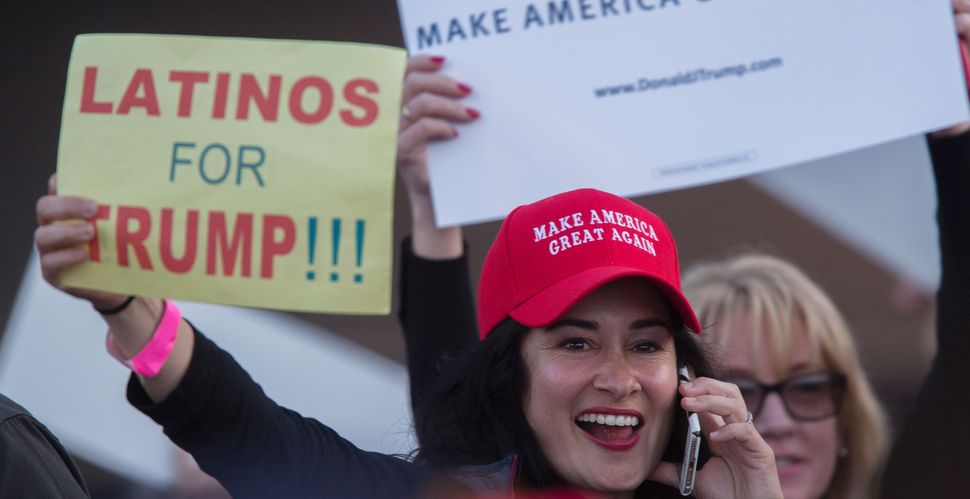 Election night was an absolute roller coaster, and we’re still not off of the ride yet. But one thing we know for certain: The polls got it wrong — again.

Despite national polling averages showing a Biden lead of about eight points before the election began, it looks like Biden will end up winning the popular vote by about half that number. And though the final numbers aren’t in yet, it’s safe to say that Trump cut into Biden’s vote share by doing considerably better with Latino voters than expected in states like Texas and Florida.

The Democrats’ underperformance with Latino voters is one of the night’s biggest stories, particularly in places like Miami-Dade and along the southern border in Texas. Many expressed surprise on social media, though it was something that several pundits warned about in the days prior to the election. It’s a troublesome trend for the Democrats; Latinos are key to their hopes to eventually turn states in the sunbelt blue in the future. If Latinos are open to voting for future Trumpist Republican presidential candidates, it challenges the demographic argument Democrats have been making for decades, that an America that is increasingly diverse will be one that increasingly votes for Democrats. If Republicans really are making lasting inroads with Latino voters, they could remain highly competitive even in an America that is becoming less white every year.

But there are outstanding questions here, for example, about whether this is a regional phenomenon. Trump did tremendously well with Latinos in Florida, winning 55% of Cubans, 30% of Puerto Ricans, and 48% of other Latinos, according to ABC News. Latinos in Texas also moved significantly towards Trump, which increased the President’s margins in the state. But the national exit polls from the New York Times have Biden winning Latinos roughly 66-33. This could explain part of Biden’s win in Arizona. According to those same exits, Biden also won Black voters nationally 87%-12%, which is very similar to the 90%-10% split Democrats traditionally get.

Democrats may have a serious issue reaching Latino voters, but it is possible that this remains mainly localized to Florida and Texas in the future. That could potentially put those states out of reach in the near term, and keep future Democratic Electoral College paths more reliant on the Midwest.

Meanwhile, at least for now it seems that many of the concerns about Black voters were overblown. Turnout was hight in cities like Milwaukee and Detroit, which could be key to a Biden victory in the Midwest. And there haven’t been many reports of Black voters staying home or moving towards Trump on Election Day. Democrats will need to keep this group energized going forward, because they will likely continue to need big margins in urban areas in the Midwest.

Where Biden did make inroads was by running up solid margins with college-educated whites in suburbs around the country, especially outside of metro areas, so much so that it looks like he is going to improve on Hillary Clinton’s popular vote number, and could win by around five points. He has done marginally better than Clinton, who won the popular vote by about two points.

What this means is that we could be seeing a real coalitional shift, where Latinos are more open to voting for Republicans but Democrats win a greater share of college educated Whites.

No matter what the final result is, it’s going to be hard for people to regain their faith in pollsters after all of this. The polling error, whether it was just a within margin of error or due to some kind of systemic bias, was enough to shake the confidence of millions of people. Even if Biden ultimately pulls this out, mistrust of national polling is going to persist for a long time.

But perhaps the major takeaway from the night is that Trumpism was not repudiated. Win or lose the Presidency, Democrats did not get the blowout numbers that they were hoping for. The pandemic and the associated economic collapse did not do much to reduce the appeal of Trumpism to a large swarth of the electorate.

No matter how this election ultimately plays out, we are going to see Republicans at the statewide and national level follow Trump’s lead both stylistically and substantively. There is a growing authoritarian streak in the Republican Party, a response to demographic change and immigration. If Trump prevails, he will be emboldened to act on his worst authoritarian impulses and bring Republicans closer to his position, now with a multi-racial coalition to back him up.

If Biden wins, he’ll likely be dealing with a bitterly divided Congress that will struggle to advance his agenda. Which all makes sense when you see that despite the pandemic, and despite the economy, and despite our falling international standing, we are still a very much divided country on cultural and partisan lines.

If this election tells us anything, it is that those divides aren’t going away anytime soon. They’re just less racial than we thought.

What Trump’s inroads with Latino voters means for the Democrats