This election was a rebuke of wokeness 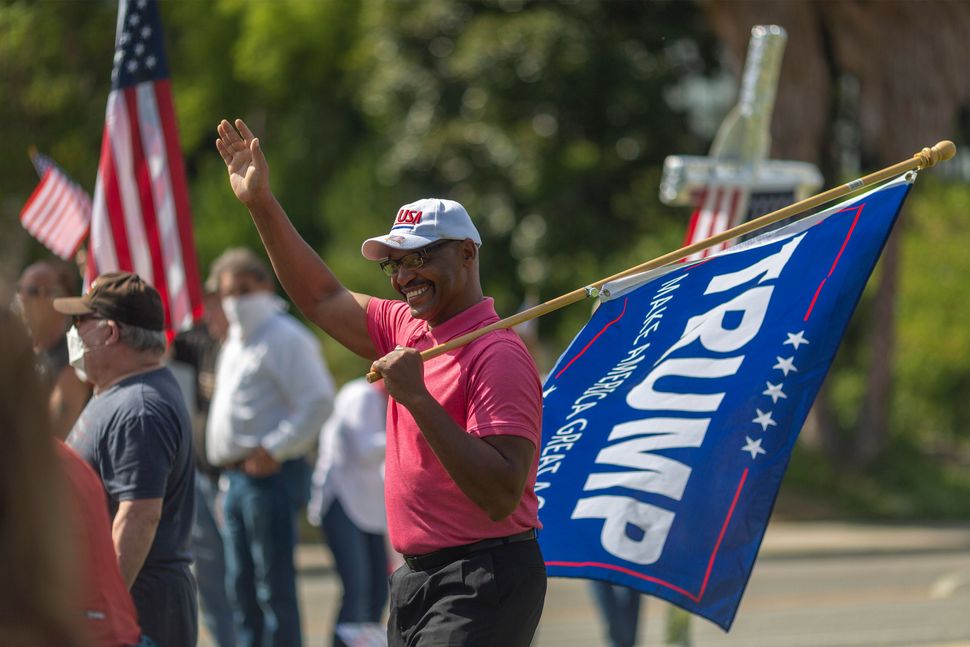 In what came as a surprise to many pundits, President Trump appears to have increased his share of the non-white vote. Sizable numbers of Latino voters in both Florida and Texas helped him fend off the threat of losing those states to the Democrats. One GOP consultant estimated that Trump’s final share of the nonwhite vote will exceed that of any Republican president going back decades.

Although we still don’t know who won the presidential election — it is entirely possible that former Vice President Joe Biden will come out ahead when the final states are counted — Trump’s surprising expansion of the GOP’s nonwhite voter base is worth examining.

The people who preach this racialist view of the world are not like the ones who did so in the past. In the distant past, racist ideologues believed that race was an actual biological reality. Due to our genetic makeups, they argued, people of different “races” couldn’t help but think and behave differently.

Thanks to the humanizing work of the civil rights movement and brilliant scientists like William Montague Cobb, an African-American anthropologist who used the scientific method to debunk racist theories, a consensus eventually developed in which most people now see race as a social construct. This viewpoint can be summarized by Dr. Martin Luther King’s hope that his children would be judged by the “content of their character” rather than the color of their skin.

But a new form of racialism has taken root in America, one that tells us we can generalize about people based on the color of skin. But instead of pointing to biology, these new racialists point to life experiences and socialization as the reason why race defines a person.

The problem with this view is that race alone is not actually a great approximation of someone’s experiences or the point of view they hold. Take a lower-ballot election from this week. In California, voters had the opportunity to pass “Proposition 16: Restoring affirmative action” which would’ve lifted the state’s ban on considering race for admissions to college and for public contracting and employment.

Despite the fact that California is among the most Democratic and non-white states in the country, the proposition went down in flames ; it lost by more than ten points. The nation’s critical race theorists have no explanation for this: Why would so many non-white voters join with white voters to defeat this referendum?

The reality is that many non-white voters happen to hold similar political views to white voters because race doesn’t define how we think; our voting patterns are much more closely correlated to social networks. That’s why, for instance, younger African-American voters were much more supportive of Bernie Sanders during the Democratic presidential primary than older ones: Younger voters are more likely to get their political views from online socialization rather than cable news or legacy institutions.

As America becomes increasingly racially diverse, it is only natural that our social networks, too, become diversified. Interracial marriage is increasingly common. It’s very hard to have segregated worldviews when we are increasingly friends, neighbors, and family with people who look different than us. Just as our physical spaces desegregate, our ideas do, too.

And there are plenty of reasons to have expected Trump to have increased his Black and Latino vote shares. Under Trump, black wage growth finally accelerated after years of stagnation; unlike the Republican presidents who preceded him, Trump embraced criminal justice reform and aggressively campaigned on releasing low-level offenders, many of them black.

While many Latinos are opposed to Trump’s policies on immigration, it is important to note that white Democrats are generally more left-wing on immigration than minority Democrats; one survey of 2018 voters found that 83% of white Clinton voters say that increasing diversity has made the country better. But among all Hispanic voters, the percentage who agreed was 46%. Hispanic household income has also been steadily increasing under Trump.

To put it simply, minority voters just aren’t the Robin DiAngelo-reading, critical race theory-embracing, far-left stereotypes they are portrayed to be by so much of the political media.

If I was asked the question about diversity cited above, I would affirm that diversity does, indeed, make America a better place. But diversity isn’t just about everyone looking different — and thinking the same. The greatness of the American experiment lies in the fact that we have all kinds of people here who are open-minded and not rigidly defined by race, creed, or caste.

This means that a less white America may not be a lock for the Democratic Party. It will have to compete vigorously for black and brown votes with an affirmative policy agenda, because race doesn’t define the way we vote.

And ultimately, that’s a good thing.

This election was a rebuke of wokeness